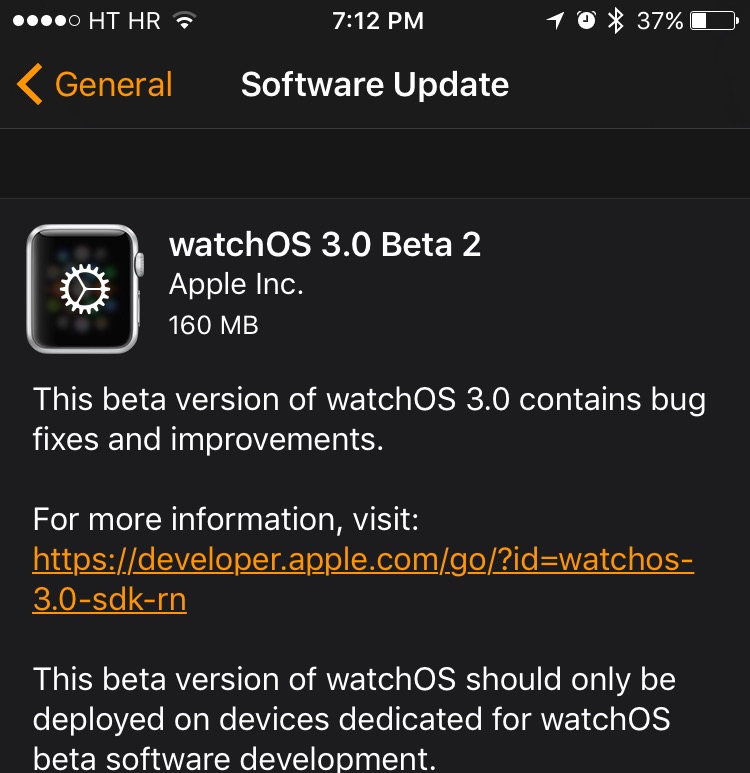 In addition to the new iOS 10, tvOS 10 and macOS Sierra betas, Apple on Tuesday also pushed a second beta of watchOS 3 (build number “14S5278d”) for the Apple Watch to members of the Apple Developer Program. An over-the-air update is available via the companion Watch app on a paired iPhone running an iOS 10 beta.

We’ll be updating this article with any changes discovered in watchOS 3 beta 2 as we encounter them.

watchOS 3 Preview and WatchKit for watchOS 3 are currently available to iOS Developer Program members at Apple’s portal for developers. Apple has officially confirmed that watchOS 3 will officially release for public consumption in the fall as a free software update to the Apple Watch.

If you spot new features and other changes in watchOS 3 beta 2, let us know in the comments and we’ll update the article accordingly.