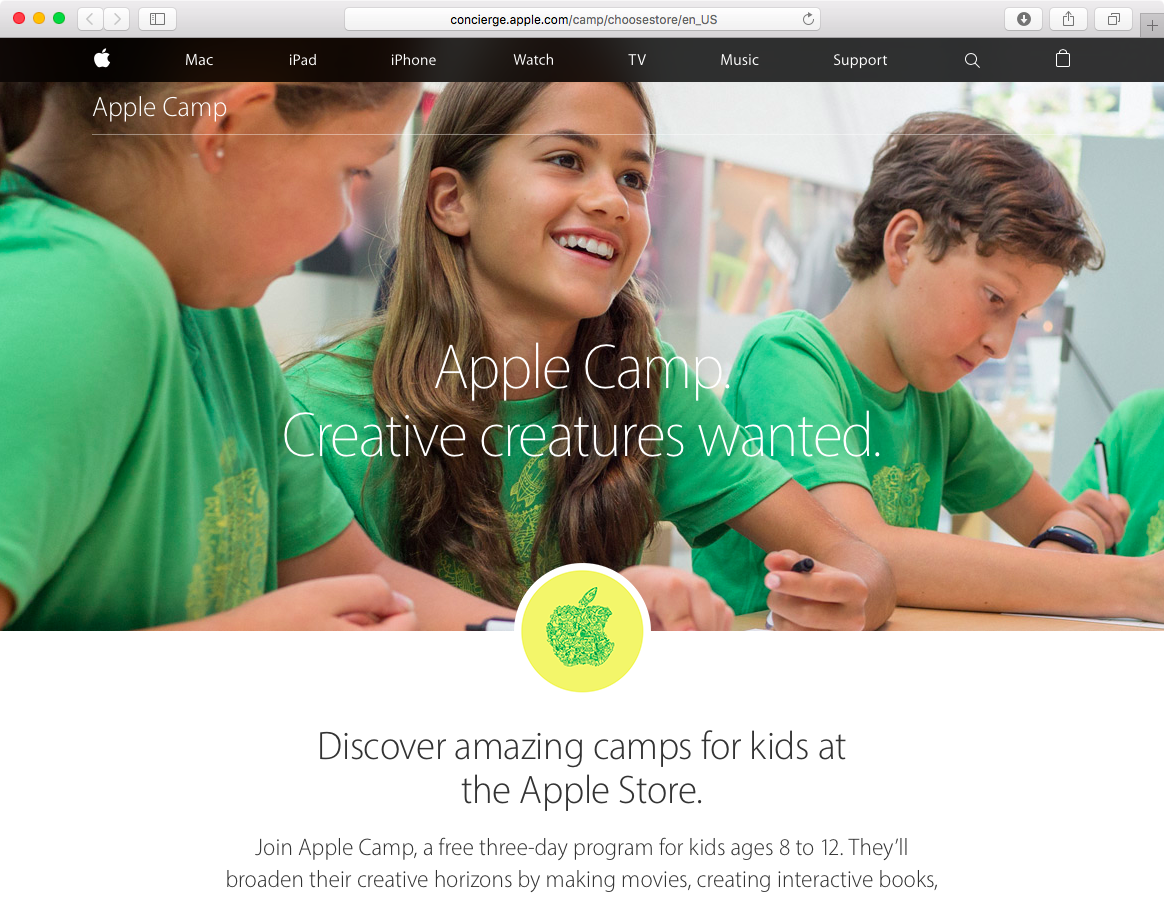 Apple Retail today launched its annual summer camps for kids eight to twelve years old. The workshops are available in North America and across a bunch of European countries and revolve around lessons designed to teach kids how to use technology creatively. Some of the workshops cover topics like “Stories in Motion with iMovie”, “Interactive Storytelling with iBooks” and “Coding Games and Programming Robots”.

Registrations are now open, you can sign up here.

Each workshop lasts for 90 minutes and covers a specific topic.

Workshops will be held between July 11 and August 12, 2016, between 10:30am and 3:30pm local time. All campers will receive a complimentary youth-size Apple Summer Camp T-shirt.

“Apple Camp will spark the imagination of kids 8 to 12. During this three-session experience at a local Apple Store, kids can choose to explore coding and robotics, moviemaking or storytelling,” writes Apple.

Kids can engage in a number of creative activities, from working with visual blocks to solving puzzles while programming Sphero robots. They can also learn about the various filmmaking skills and techniques, such as storyboarding, shooting video and editing soundtracks, create interactive books complete with their own illustrations and sound effects in iBooks and more.