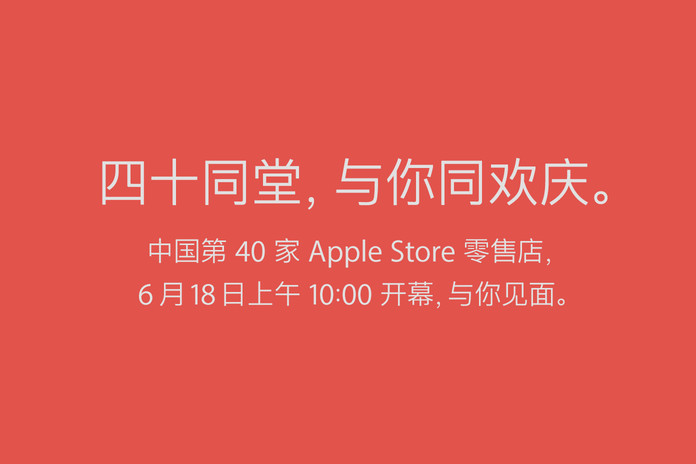 According to a pair of notices on Apple’s Retail webpage, a new retail store is scheduled for grand opening in China’s Tianjin this coming Saturday, and another one the following Saturday in Shanghai.

Apple’s second store in Tianjin is located at the Galaxy International Shopping Center on 9 Le Yuan Road in the city’s southwest Hexi District.

The new Shanghai outlet, also Apple’s second new store in the region, is located at the new Hopson One shopping mall complex at 1099 Xiangyin Road in Wujiaochang, Yangpu District.

Retail boss Angela Ahrendts said in January 2015 that Apple would increase the number of retail outlets in the Greater China region to 40 stores within two years.

As noted by MacRumors, with the two new stores coming, Apple is about to hit its self-imposed milestone in just eighteen months.