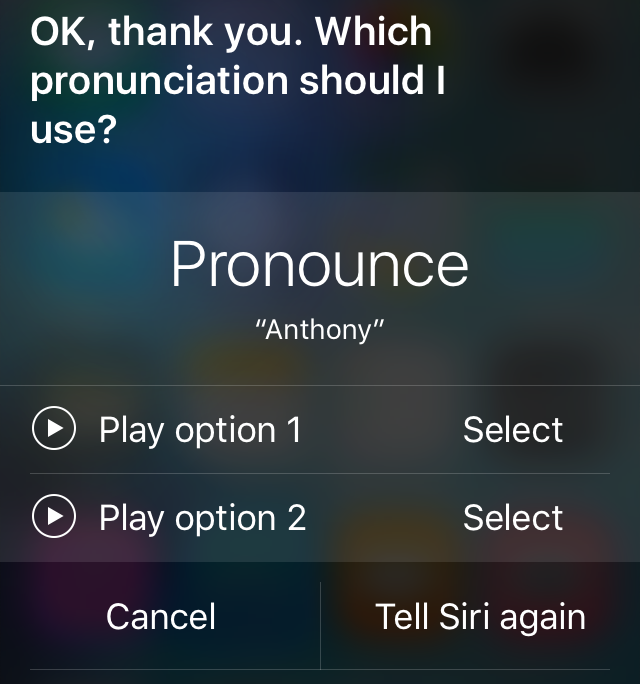 Siri is an amazing piece of software and Apple has tried so hard to make it capable of pronouncing everyone’s names right, but there are just too many names in the world for Siri to be perfect and pronouncing all of them.

On the other hand, if you’re sick of Siri not being able to pronounce your name correctly, there is a way to train her so she will pronounce it right going forward.

We’ll show you how this is done in this quick tutorial.

Teaching Siri to pronounce your name

Siri is nothing more than a piece of software, and the rather limited development team behind Siri has absolutely no way to hard-code in every single name that has ever existed for every human being in the history of all history from all the different worldly regions with their different cultures and ethnic backgrounds.

So… with that being said…

1) Launch Siri by pressing and holding the Home button, then say, “That’s not how you pronounce [insert first and last name here].” 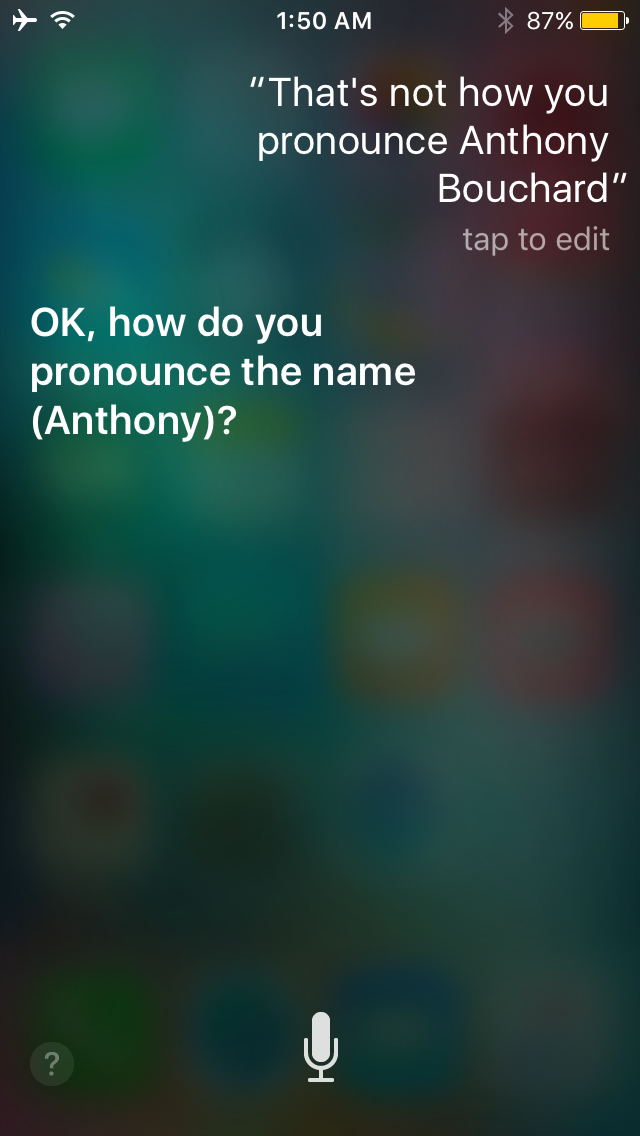 2) Siri will then ask you to pronounce your first name for her. Do it slowly, one syllable at a time.

3) After you speak, Siri will thank you, and then ask you to pick the right pronunciation for your first name. You can listen to them by tapping the Play buttons, then tap the Select button to the right of the one that sounds correct. 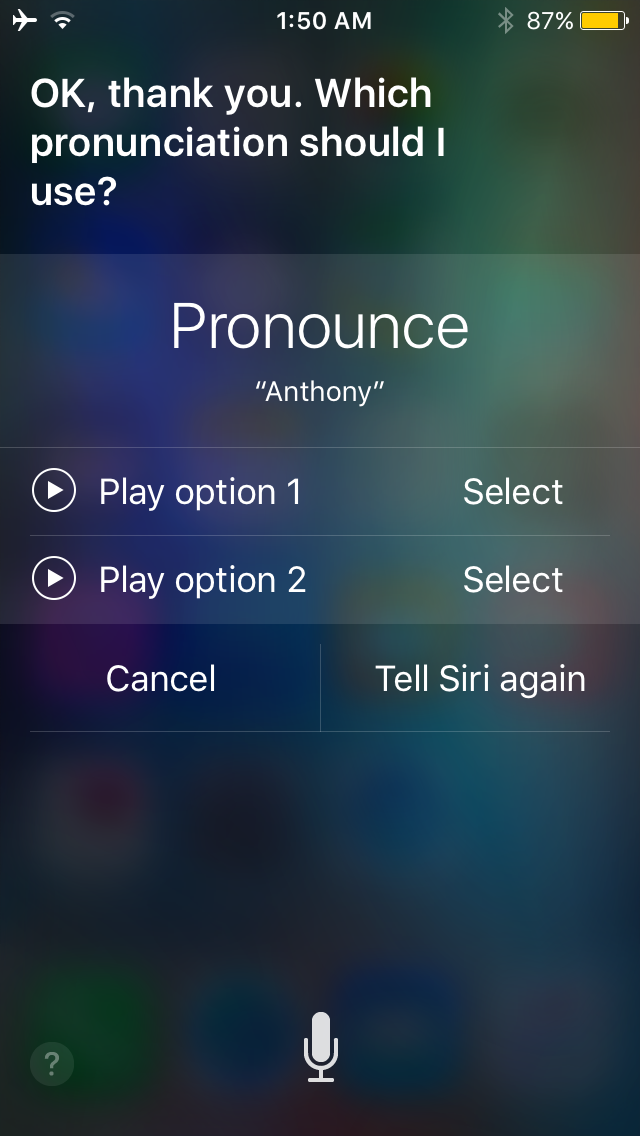 4) Now Siri will ask you to say your last name; once again, say it slowly one syllable at a time so Siri gets it all. 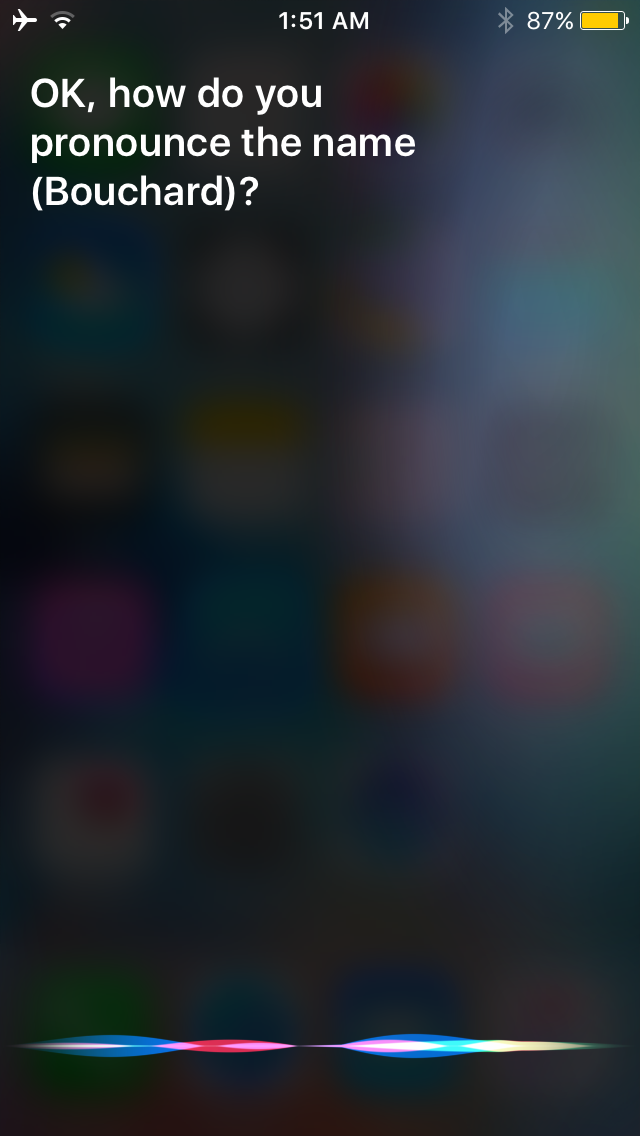 5) After you speak, once again, just like before, you will go through the list of options and pick the one that sounds right by tapping on the Select button: 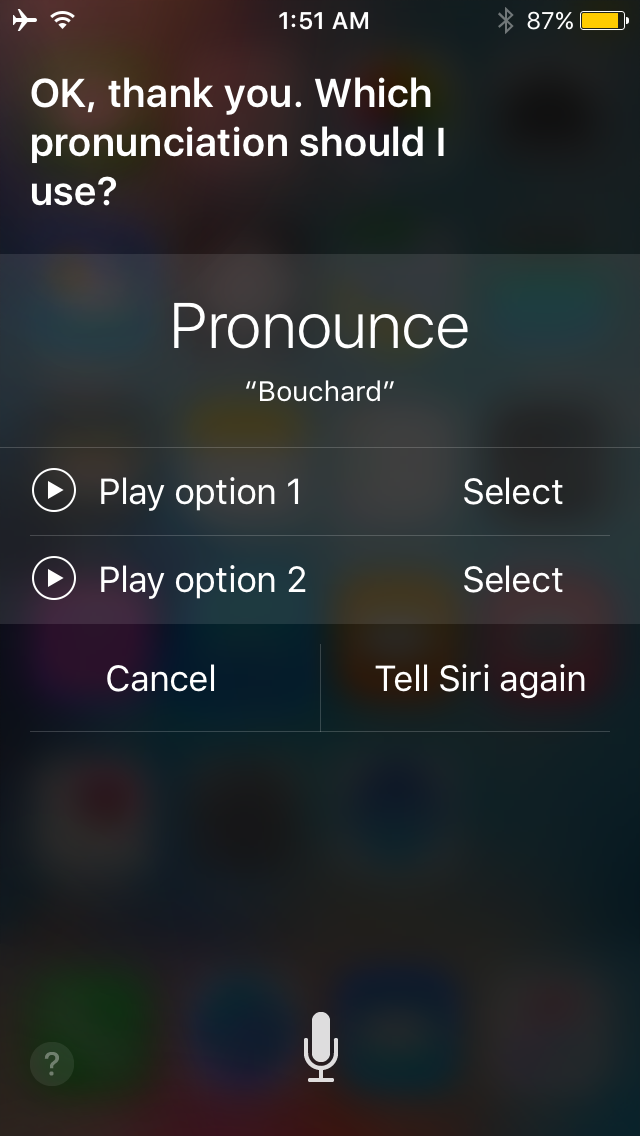 6) When you’re done, you’ll get a big thank you from Siri. 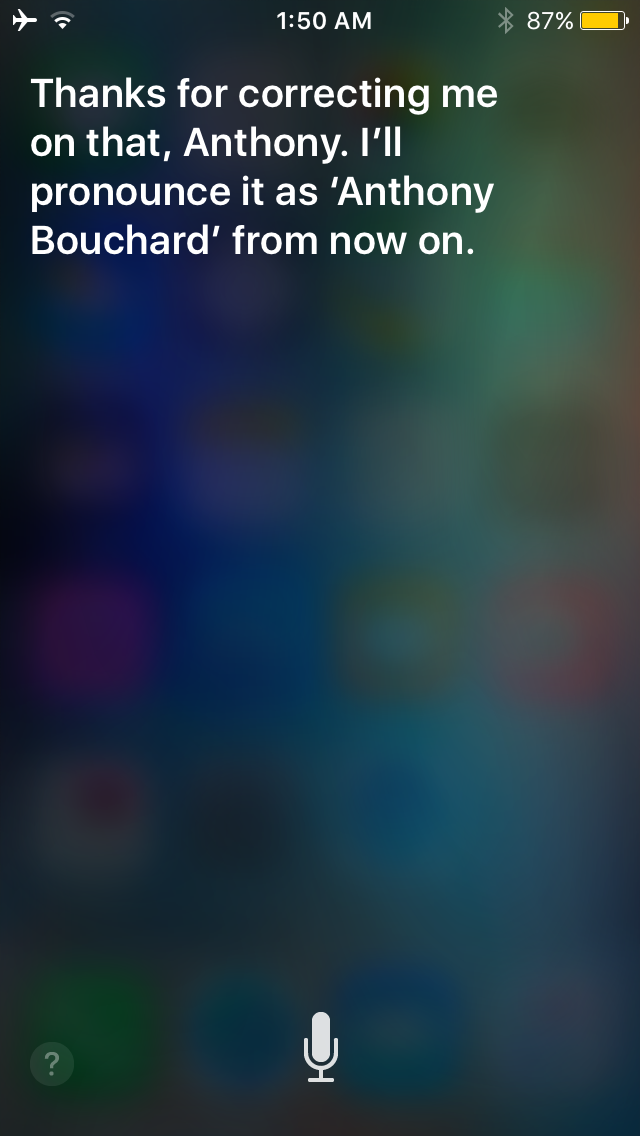 Note: communicating with Apple’s servers may take longer than your typical Siri requests would in this scenario because you’re actually teaching Siri not only for your device, but for Siri in general. Siri will use your pronunciation customization to help others with similar names when they have problems with pronunciation as well.

That’s all there is to it! Siri will now refer to you with the name pronunciation that you’ve set, and you’ve also just helped make her a little smarter.

If you’re one to feel offended or disappointed when Siri can’t pronounce your unique name correctly, you can use this method to quickly and easily teach her how your name is pronounced and she’ll refer to you how you teach her from then on.

If Siri has ever mispronounced your name, or a friend’s name before, share the face-palm moment in the comments below!