When it comes right down to it, you may not always have a coin or a die in your pocket, but fortunately, you probably have your iPhone with you, and all recent iPhones can take advantage of the pocket voice assistant Siri.

Siri is a powerful tool, and you may not have known this, but if you forgot your coin and die at home, Siri has you covered for all of your chance-taking needs – she never forgets hers! In this tutorial, we’ll show you how to have Siri flip a coin or roll a die for you.

Get Siri to flip a coin or roll the dice 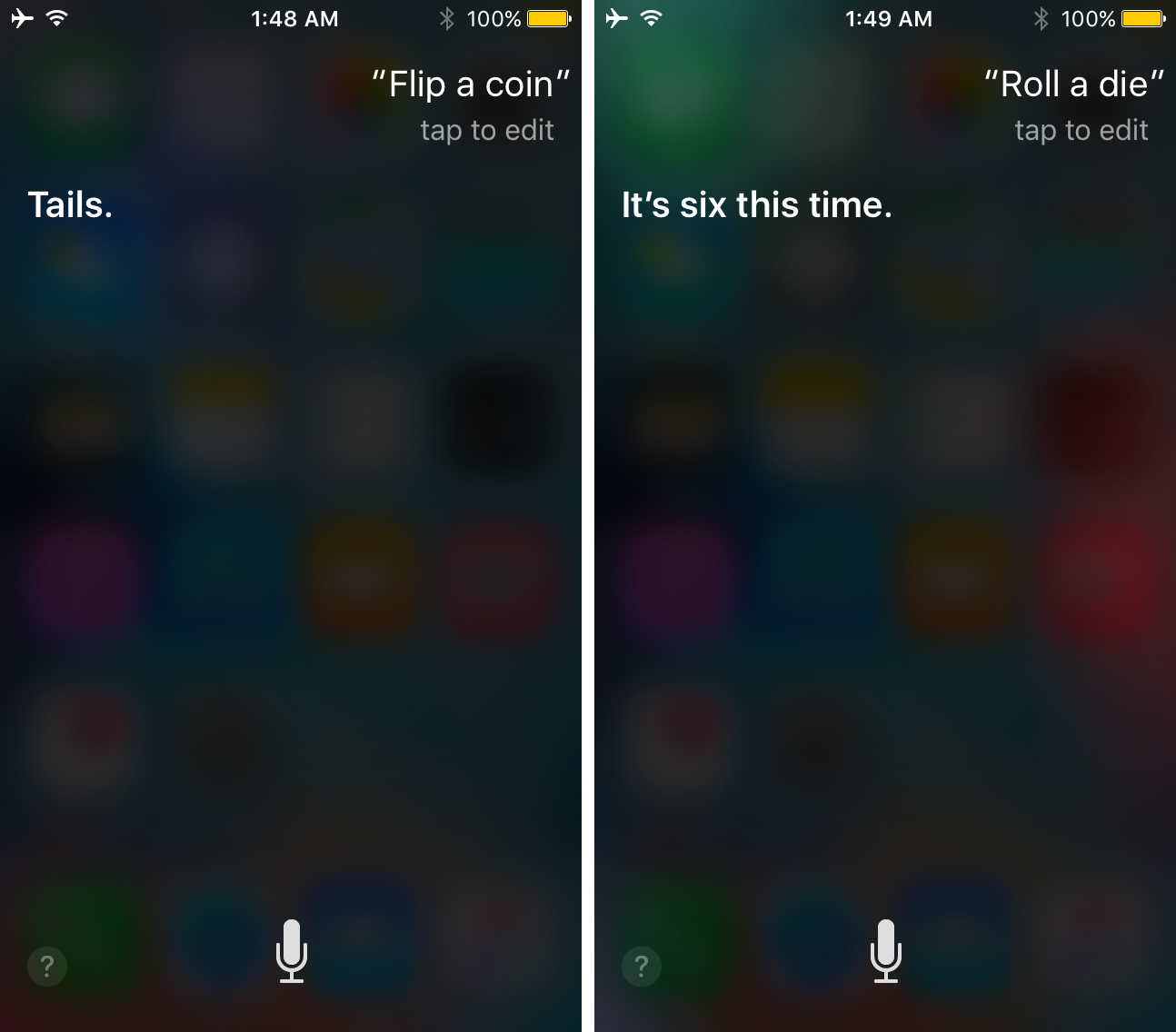 To have Siri generate a ‘heads’ or ‘tails’ answer that would simulate a coin toss, all you have to do is follow these steps:

Step 1: Press and hold the Home button to launch Siri and say “Flip a coin.”

Step 2: Siri will answer you with either “Heads” or “Tails;” the generation of this result is random.

If a coin isn’t what you need, but a roll of the die is, then you can also have Siri roll a a die, or even multiple dice, for you. To do that, simply follow these steps:

Step 1: Press and hold the Home button to launch Siri and say either “roll a die” or “roll two dice.”

Step 2: Siri will respond to your demand with a number of 1-6; the number is generated randomly using a software algorithm.

It’s worth noting that Siri is also capable or rolling special dice with more than 6 sides. For example, if you wanted to roll a ten-sided die, you would say something along the lines of “Siri, Roll a D10” and Siri would then give you a random number between 1 and 10.

The caveats of Siri’s chancing skills

What’s more is there’s no way to cheat. They make some really cool double-headed coins out there that you can use to guarantee you’ll always flip a ‘heads’ result, but with Siri, you’re unfortunately stuck with a fair ‘heads’ or ‘tails’ result that has been randomly generated – and the same goes for die rolls, because there’s no way to trick the die rolls either.

Nevertheless, if you need a good and honest coin toss or die roll, Siri is a great way to ensure you’re not the one on the cheating end, and it’s also going to allow you to carry fewer items on your person. It’s a win/win, unless you lose your bet, of course!

If you use Siri for your chance-taking, tell us about your experiences below!