Siri is a great way to get to the things you want on your iPhone, iPod touch, or iPad without having to tap on anything – it works great for situations where you don’t really have your hands free, but who says using Siri has to be boring?

In this quick post, we’ll show you how you can spice up your conversations with Siri by configuring the voice assistant to call you something different.

What does Siri call me by default?

Siri defaults to calling you by your first name as you have in your Contacts app on your iOS device. You can always change your first name to anything you want in the Contacts app to change what Siri will call you, but that involves goofing up your contact information.

Fortunately, there’s a better way to do it – you can actually create a nickname for yourself, and Siri will start calling you the nickname instead.

How to configure Siri to call you something new

So you’ve had enough of Siri using your name – she’s wearing it out – and now you want her to call you something new? You’ve come to the right place. 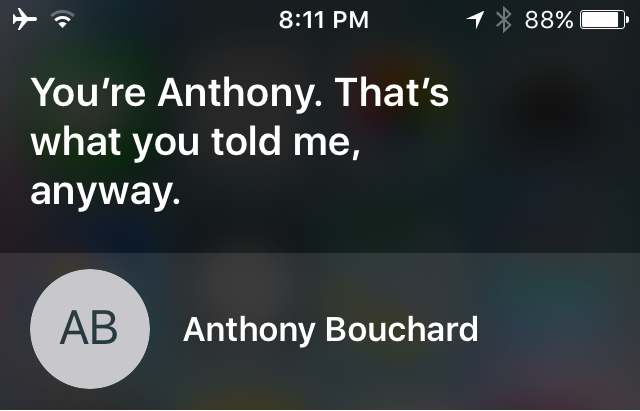 Step 2: Siri will tell you what you’re currently set to be called. If you’re unhappy with it, continue to the next step.

Step 3: Tap on the microphone button at the bottom of the interface and say, “Call me [insert anything here].” 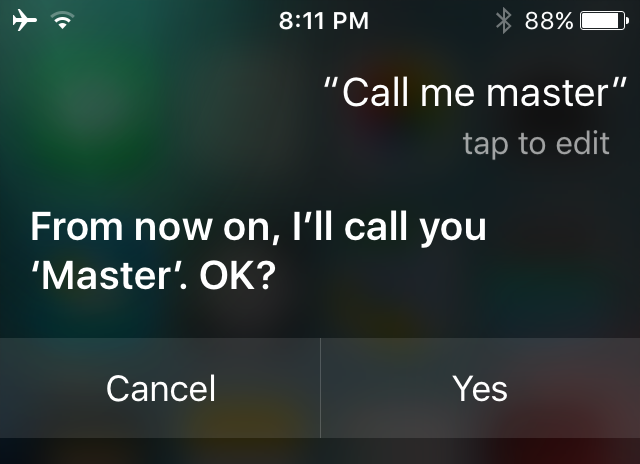 Step 4: For our example, we said “Call me master,” and now Siri asks if we want to be called what we just said to be called. Say “Yes” or tap on the “Yes” button.

Step 5: Once saved, tap on the microphone button once again and ask once again, “Who am I?” 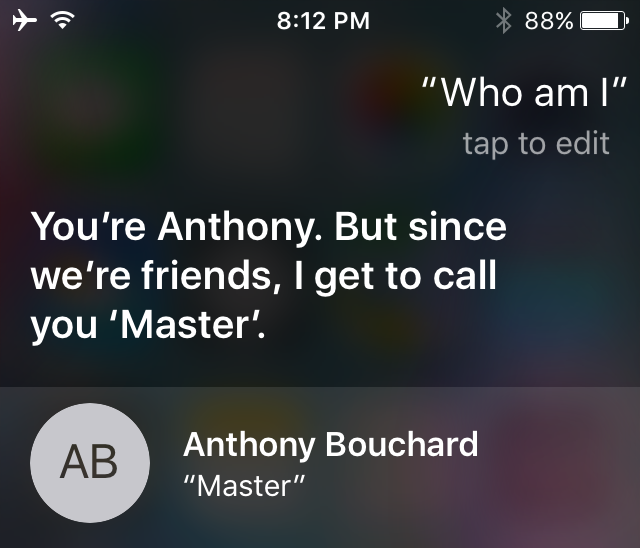 Step 6: Siri will tell you what your full name is, but will then regard you as whatever you asked to be called. If she does, congratulations! You’ve successfully changed what Siri will call you.

How will this affect me?

Whenever you’re having a conversation with Siri and she needs to address you as who you are, she will now call you by the nickname that you’ve asked to be called rather than your real name.

You’ll notice that the nickname you ask to be called appears in quotes underneath your full name in your Contacts app; this is the “Nickname” field, and you can always change this manually by typing in anything you want and Siri will call you that instead.

This is just a fun way to spice up the conversations between you and Siri, so if you’re an avid Siri user, give yourself a nickname and have a little fun with it.

If you found this tutorial helpful, leave us a comment below!