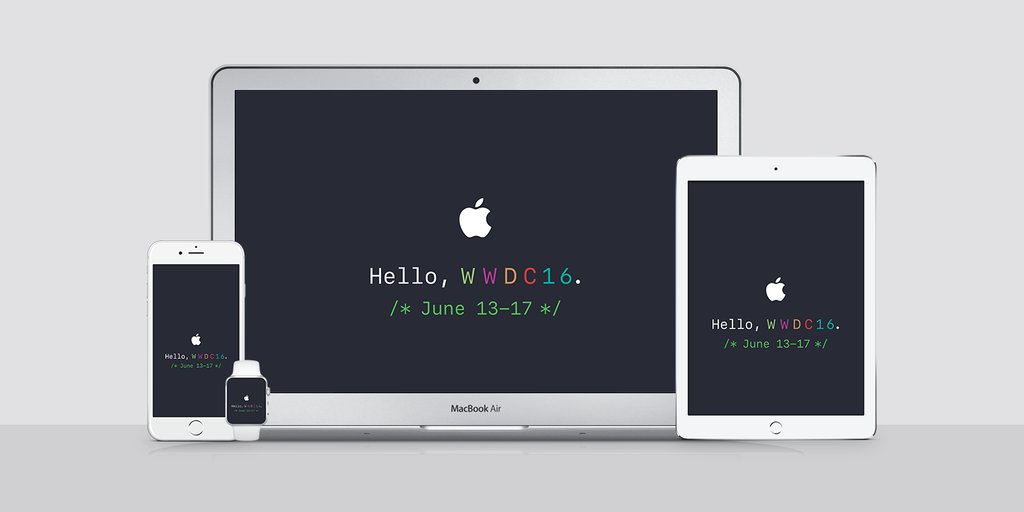 Apple on Wednesday sent out press invitations for a keynote at its Worldwide Developers Conference, as first reported by Tech Insider. The keynote presentation is scheduled for the first day of WWDC 2016, Monday, June 13, at 10am.

The annual event is where Apple previews its platform advances so we fully expect them to show the world what they have in store for iOS 10 and OS X 10.12, in addition to tvOS and watchOS 3 updates.

What to expect from WWDC

Let’s not forget about Siri for Mac, a redesigned Apple Music, a Siri software development kit for developers to implement Siri functionality into their apps and possible rebranding of OS X as macOS, all of which should happen at WWDC, too.

We may even see some hardware updates at the keynote, including refreshed AirPort wireless appliances, a long overdue Retina refresh for the four year old Thunderbolt Display and, of course, that rumored Echo-like device, powered by Siri and possibly embedded into a next-generation Apple TV.

CEO Tim Cook has said during the iPhone SE event that the company expects to move in to its upcoming iSpaceship building early next year. The new campus has a massive underground auditorium where future keynotes and press presentations will be taking place as it’d let the company control its message in a tighter manner than before.