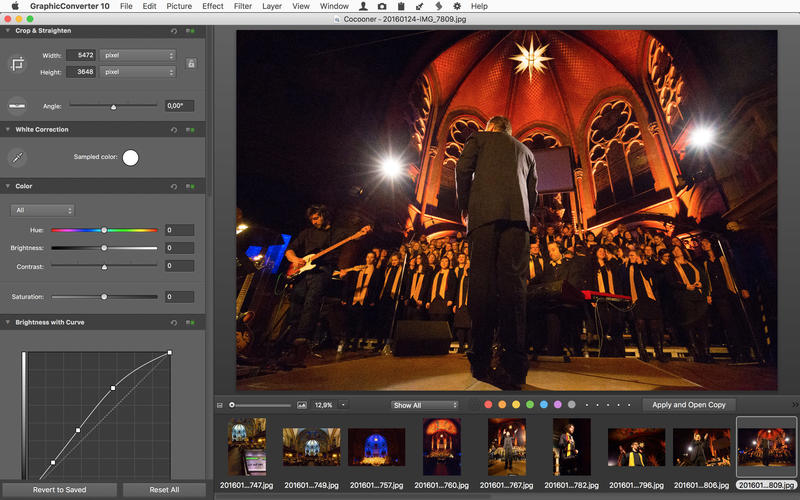 GraphicConverter by small Germany-based developer Lemkesoft has been dubbed the Swiss Army knife of Mac graphics programs, and for a very good reason: this app converts over 200 different graphic file formats into any of almost 80 graphic formats.

In its latest update, GraphicConverter for Mac was bumped to version 10 and enriched with a trio of major new features—facial recognition for your photos, Collage and Picture Package—along with refinements like support for converting Apple’s Live Photos format into an animated GIF.

Collage, Face Recognition and Picture Package are the three standout features in GraphicConverter. Starting off with Collage, this feature lets you create an attractive collage of multiple images. Simply choose the image files in the browser and open the Collage window where you will find basic layout functions. 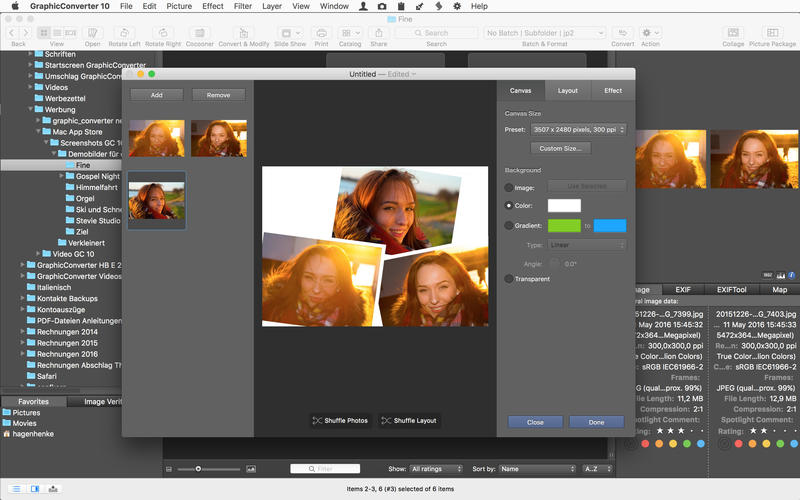 Picture Package prints several copies of a portrait or a passport photo on one sheet of paper. After selecting the image, just click on Picture Package to get started.

As for facial recognition, it lets you name people on photos and then use their names to reference photos. For example, facial recognition lets you print your best family photos for an annual album simply be entering the names of people you want to add. 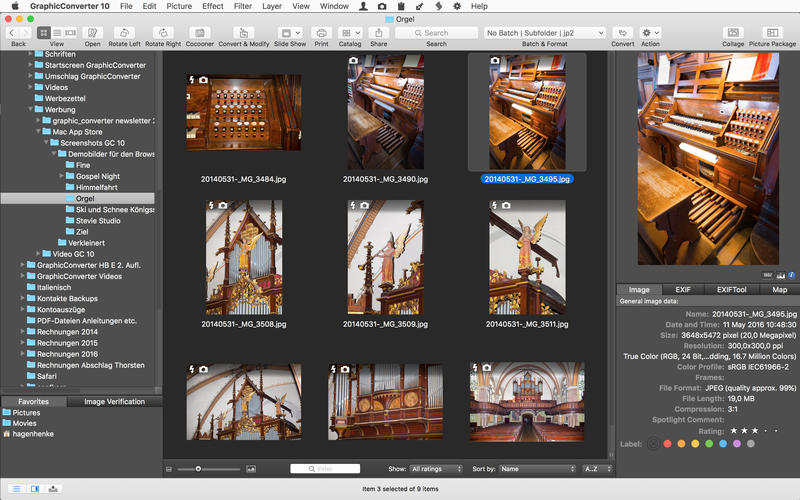 In addition to the aforesaid new features, this edition of GraphicConverter is now multilingual (Brazilian Portuguese, simplified and traditional Chinese, Czech, Danish, Dutch, English, French, German, Italian, Japanese, Norwegian, Russian, Spanish and Swedish) and packs in a host of other refinements.

GraphicConverter requires a Mac with a 64-bit Intel chip and OS X 10.9 or later. The app is optimized for new features of Maverick, Yosemite and El Capitan.

GraphicConverter 10 is currently $25.99 on the Mac App Store.

Because GraphicConverter is shareware, you can download the installer from Lemkesoft’s website and test the app free of charge and without any obligations before deciding to purchase a license code.