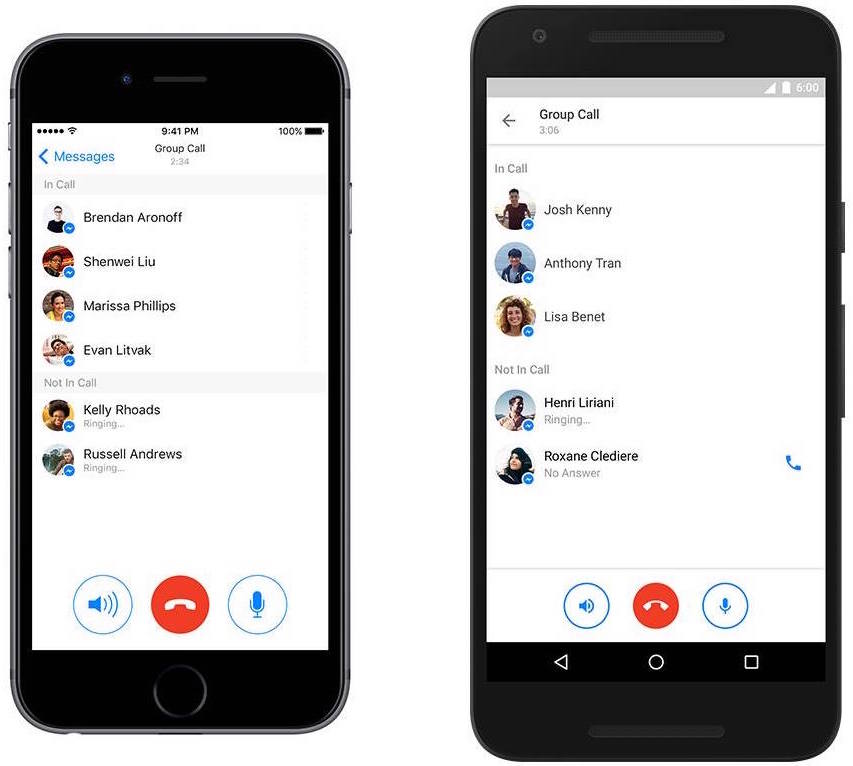 A year after it rolled out the ability to place and receive VoIP audio calls on Messenger, Facebook is now introducing a new VoIP calling feature with support for up to fifty people on a single group call. Group calling currently supports standard VoIP audio calls, but Facebook did tell TechCrunch that “group video calling is definitely a use case that a lot of our people might be interested in at some point”.

Group VoIP calls for up to 50 people at once

You can turn any ordinary group chat into a group VoIP audio call by tapping the Phone icon, then select which of the group chat members you want included. The selected participants will then receive a Messenger call simultaneously.

“If you miss the initial call but it’s still in progress, you can tap the Phone icon in the group chat to join the call,” explains TechCrunch. “At any time you can see who’s on the call and send another ping to anyone who hasn’t joined.”

The new group audio calling feature will be rolling out globally over the next 24 hours on Android and iOS for free.

What’s up with group video calling?

As for group video calling, Messenger’s product lead Stan Chudnovsky said last year that “it would be a big deal” if the whole shakiness issue goes away. Given Microsoft already launched group video calling on Skype with support for up to 25 participants simultaneously, I don’t think Facebook will risk delaying this feature.

As of recently, Facebook has become deeply invested in video.

Not only has it doubled down on its Live Video platform by opening up the APIs to third-party developers who wish to build gadgets and apps that stream directly on Facebook, but has open-sourced reference design for professional spherical cameras, introduced chat bots for Messenger, which recently passed 900 million monthly active users, and announced many platform advances at its F8 annual developers conference.