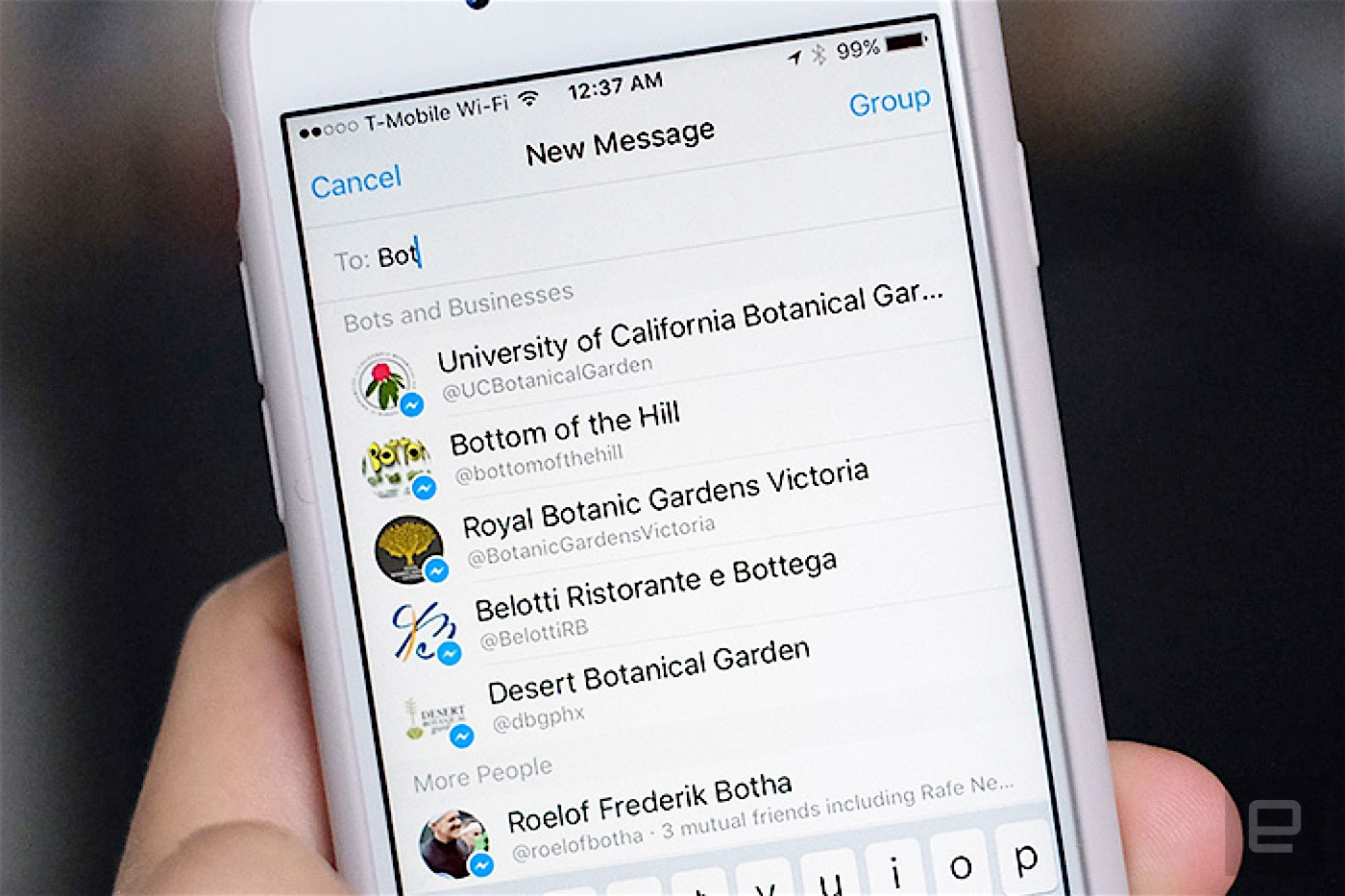 Facebook was supposed to announce the addition of customer service chat bots and Live Chat APIs soon, but it seems that the latest app update already includes the plumbing work necessary to support chat bots. As first noted by Engadget, the app now shows a Bots and Businesses section and already third-party chat bots appear in search.

Facebook CEO Mark Zuckerberg showed off the new feature at the annual F8 conference for Facebook developers. The on-stage demonstration had Zuck ordering flowers from 1-800-Flowers just by sending a few messages to the company’s chatbot.

“To order from 1-800-Flowers, you never have to call 1-800-Flowers again,” said Zuckerberg “You don’t have to install an app or enter your credit card.”

In a presentation give to select Messenger chat bot developers last week, Facebook representatives demonstrated Structured Messages for chat bots with automated responses that may include a title, image, a description, a URL and calls to action such as visiting a website, viewing an e-commerce order or making a restaurant reservation.

The social network is aggressively pushing its live video broadcasting capability and has just announced that a Live API is now available to developers who wish to add the ability to stream live from any device (drone company DJI is among launch partners).

At the conference, Zuckerberg demonstrated a drone with built-in Live Video, which will be streaming live video from the conference over the next two days. Other features announced today: the Save button on websites to save articles in your Facebook account and Facebook Accounts, a feature for signing in to apps and services using just your phone number and a one-time sign in code texted to a user.

You can watch the keynote for Facebook’s Developer Conference right here.