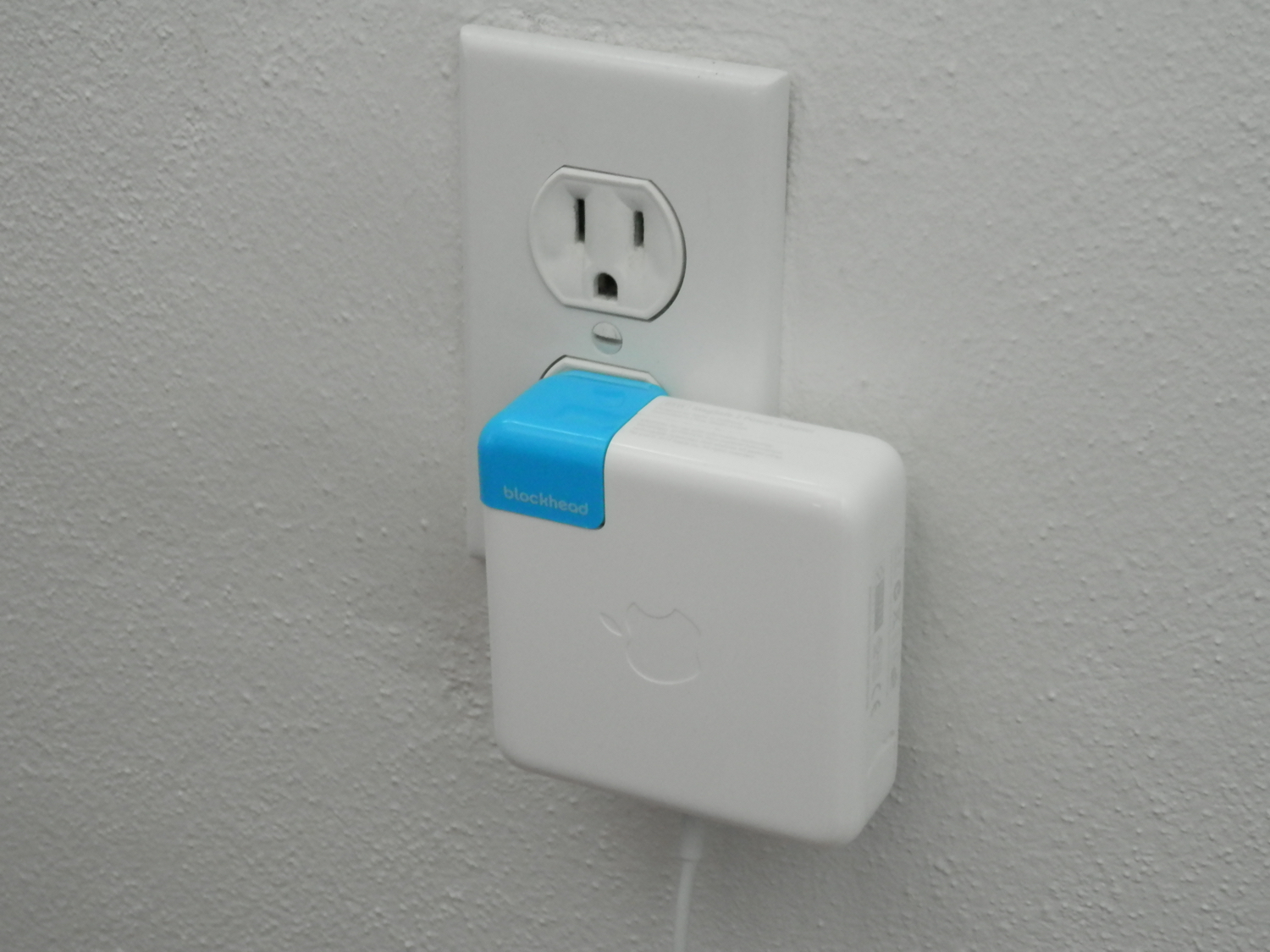 I love my Mac, but honestly, I hate the AC adapter. The ‘wall wart,’ as I like to call it, sticks out so far from the wall that it can be incredibly inconvenient for plugging in behind couches and in other tight spaces.

Blockhead, which was only just recently announced, eliminates the annoying protrusion of Apple’s AC adapter and is now available from Ten One Design.

Now that the Blockhead is available for purchase, we’ve been lucky enough to get our hands on one. In this review, we’ll walk you through its design and how it looks.

Blockhead – getting rid of an atrocity

First of all, nothing says ‘eww’ in my mind quite like having to look at this: 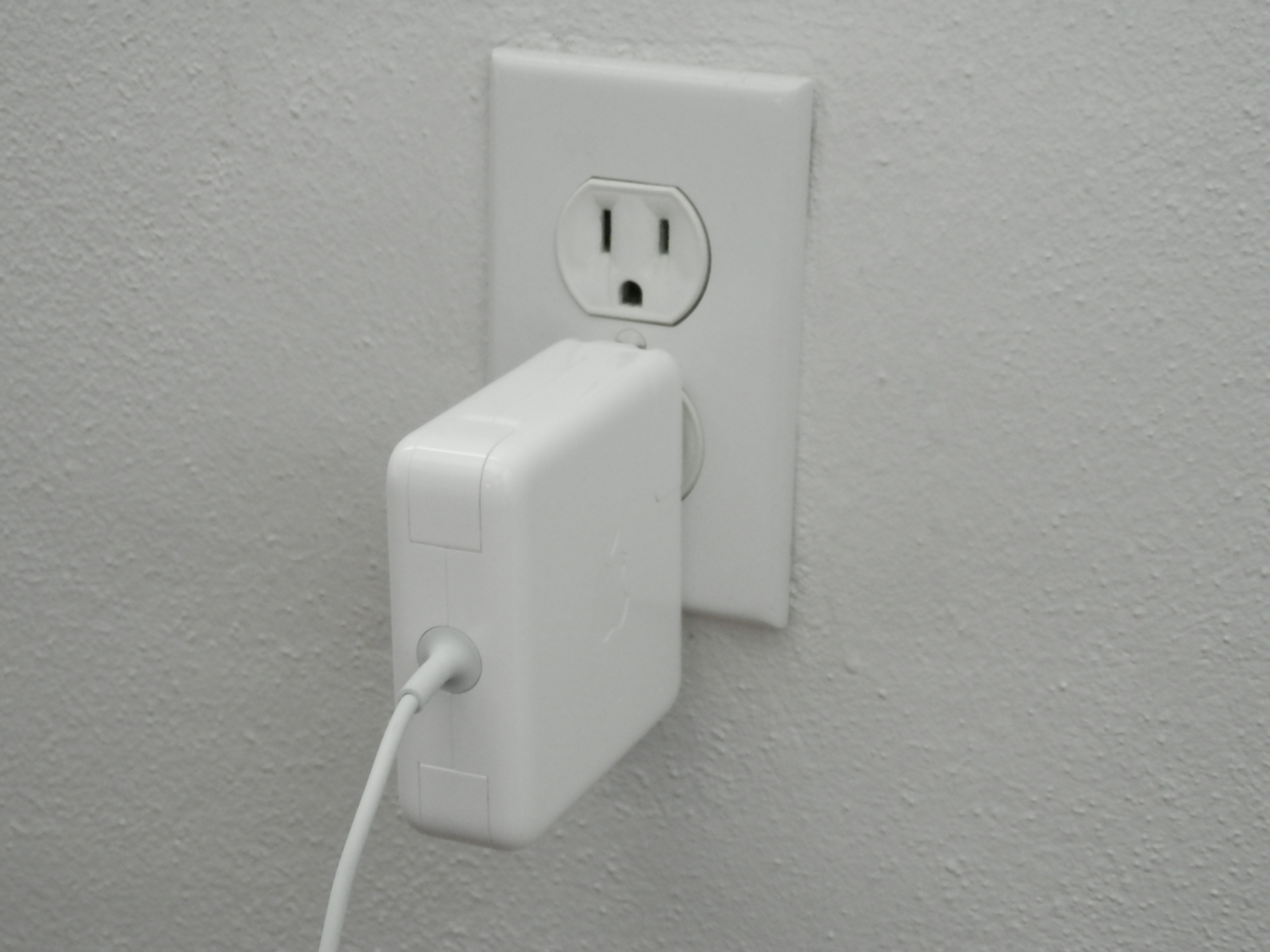 Apple’s Duckhead adapter forces the large AC adapter to protrude several inches from the wall, causing a lot of weight to hinge on the power prongs themselves. I’ve personally tripped over this several times, and I have bent my Duckhead prongs from doing so.

Blockhead fixes the problem by rotating the prongs 90º and making the AC adapter sit flat against the wall, rather than perpendicular to it. As a result, the amount of AC adapter protruding from the wall is reduced from several inches, to just about one inch.

Blockhead is about the same size in dimensional terms as Apple’s Duckhead, although because of the design, the prongs cannot be folded inwards like they can be on the OEM connector. 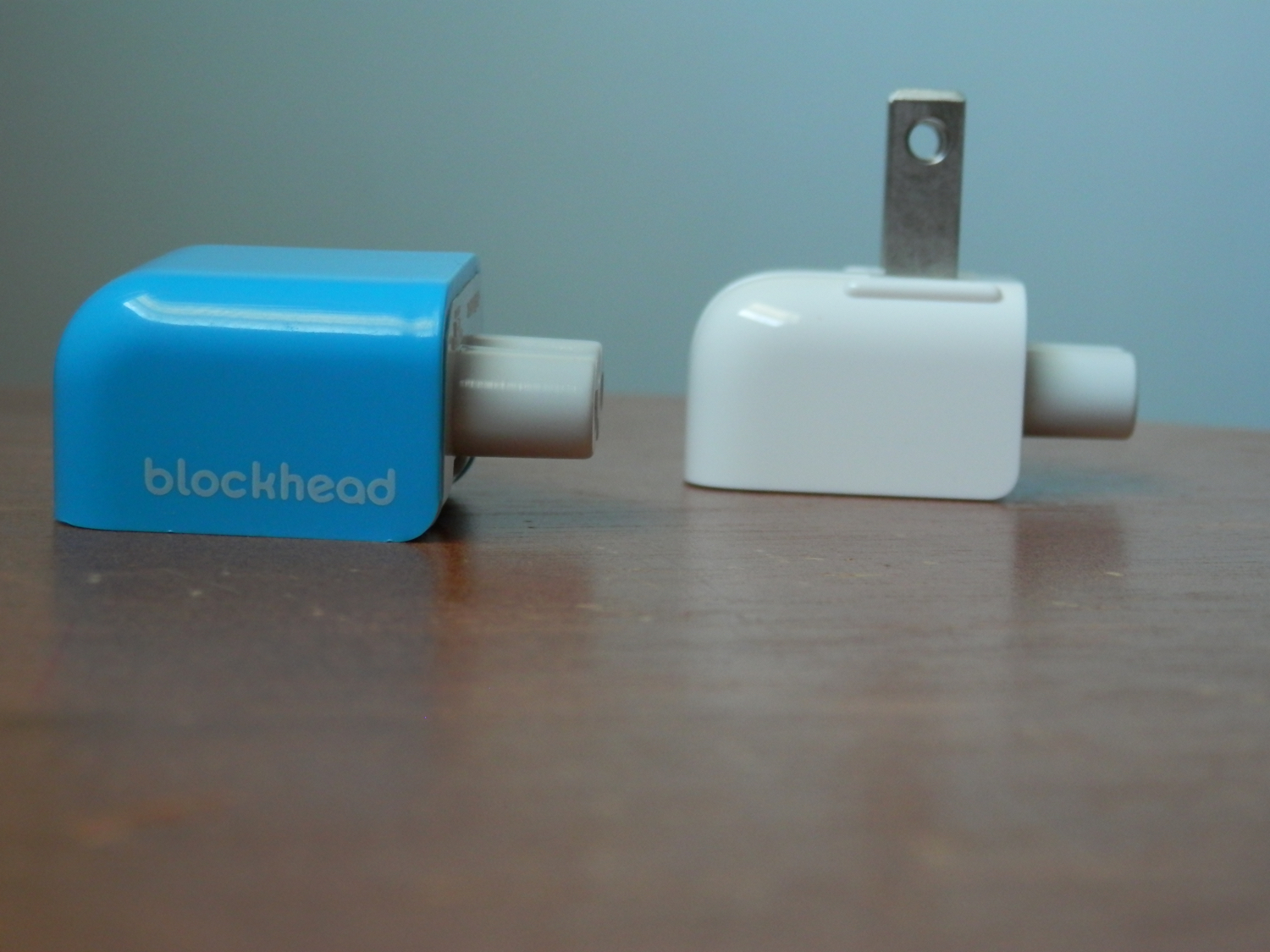 Apart from being blue in color, the Blockhead is essentially the same inside and out as the OEM Duckhead, except that it turns the prongs to a different direction for your convenience. As a result, it snaps onto your AC adapter the same exact way. 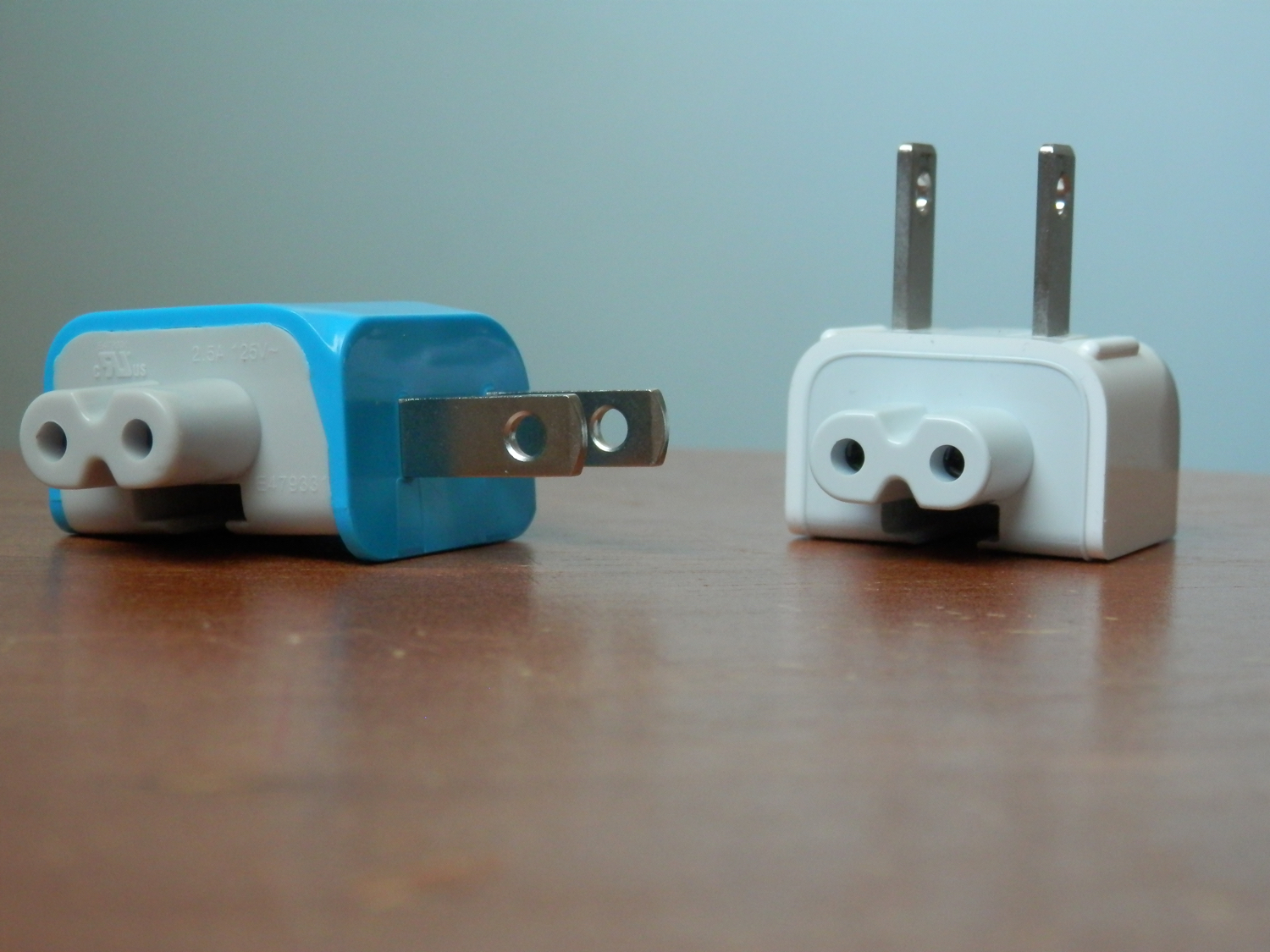 Not only will Blockhead work with all MacBook chargers, but it also works with the iPad AC adapters that utilize a Duckhead connector.

My thoughts on Blockhead

First of all, I can’t really say anything bad about Blockhead. I really like the thing. There is just so much to love about having the Apple AC adapter sit flat against the wall rather than sticking out such an unnecessary amount.

You can tell right off the bat that it reduces the amount of gravitational force on the AC adapter itself, and as a result, you get a much more secure fit against your wall.

I like that it’s a direct fit onto the Apple AC adapter without any strings attached, and it’s even better that it also works with some iPad chargers. The fact that the wattage rating of the AC adapter doesn’t matter makes the Blockhead a very versatile accessory for Apple device users.

Moreover, the ABS plastic is glossy and matches that of the AC adapter itself, so there’s really no material difference. The only thing I can really knock on is the fact that it only comes in Blue, and no other color choices. Personally, I’d enjoy seeing a color-matched option.

TL;DR? Here’s a list of pros and cons I’ve put together:

This accessory would be on my list of must-haves for 2016. This is just an absolutely incredible and innovative new product that’ll make charging your Apple devices less of a hassle and I give it a 5/5.

Who would have thought that simply rotating something 90º would have made life better for Apple device users? Ten One Design certainly did! You can purchase a Blockhead through Ten One Design’s website for just $19.99, or you can buy a bundle of two for $34.99.