As promised, Sony will release tomorrow a firmware update for its PlayStation 4 console which includes Remote Play functionality for playing PlayStation 4 games on a Mac or Windows PC, the company announced in a blog post this morning.

“With this update, we’re expanding PS4’s Remote Play capabilities to work with Windows PC and Mac,” said Sony. The Remote Play app, which launches tomorrow and will be available for download through the Sony website, lets you connect a DualShock 4 to your Mac via a USB cable as the controller for Remote Play.

Depending on your Internet bandwidth, Remote Play will allow you to select from the following resolution and frame rate options: 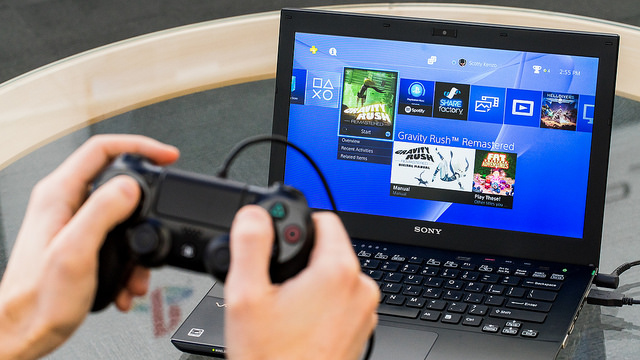 Also due tomorrow: a new version of the official PlayStation App with these highlights:

As for the new PlayStation firmware, it enables social improvements with online status (including Appear Offline) and notifications when your contacts come online while adding the ability to schedule gameplay sessions with your friends on the Events tab, live-stream directly to Dailymotion on the PlayStation 4 with support for archiving live broadcasts and other tidbits.