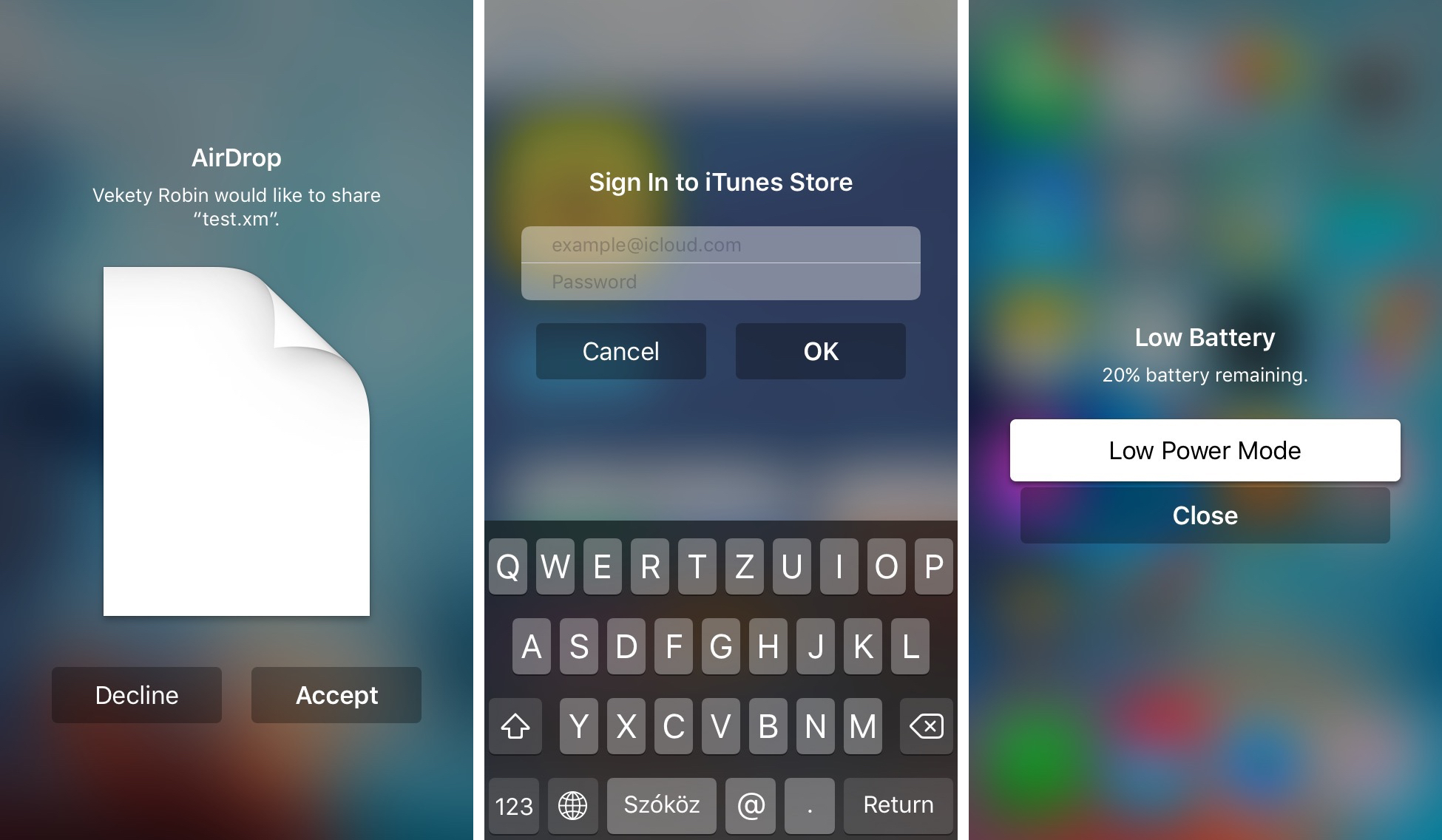 One of the nice parts about tvOS is the design of the alerts and notifications. In fact, iOS developer Robin Vekety (@Integeritis) thought it would be a cool idea to port the new alert style over to the iOS experience for those with jailbroken devices.

Palert brings tvOS-styled alerts to iOS across the board. Not only do text input boxes and buttons come alive with a tvOS persona, but you also get that signature blurred background Apple is known for every time an alert pops up.

You can tap and drag your finger over the alert buttons and you’ll see them animate just like they would in tvOS if you were to move up and down between the buttons.

Just about any alert type in iOS is themed to the tvOS style, whether they are for a message pop-up alert, text field alert, or AirDrop alert.

Configuring Palert to your liking

Palert comes with a number of options you can configure to get the tweak to look just how you want it to look. Among some of the most noteworthy options are the ability to resize alerts, which is great for making things look better-scaled to larger displays, as well as the ability to configure the blur style.

Users can also enable or disable the tweak on demand, go between the default and alternative alert styles, and configure the blur to your liking so your device’s performance never suffers.

If at any time you want to put things back to how they were when you installed the tweak, you can tap on the Reset Settings button and all your settings will be reverted.

This is a 100% cosmetic jailbreak tweak. If you were looking for something a little more utilitarian, then you’re probably reading about the wrong tweak.

I have to admit that I don’t really see anything wrong with the stock look of iOS that would urge me to change its UI around all that much, but Palert offers a really good mock-up of tvOS’ alert styles for your iOS device that some people are going to appreciate.

Although we’ve seen jailbreak tweaks that bring watchOS functionality to iOS, this is probably one of the first I’ve seen that brings something from tvOS to the iOS realm. With that said, this is a pioneering tweak that might inspire other jailbreak developers to move further with the concept.

As unlikely as I am to run this tweak on my daily driver because of my minimalist personality, I give the developer major props for his work on this tweak!

Palert is a great port of the tvOS-inspired alert messages to the iOS platform. For anyone who likes tweaking their user interface to look like other Apple products just for the heck of it, and to stand out from everyone else, Palert is a great addition for jailbroken devices.

For those interested, Palert is compatible with both iOS 8 and iOS 9 devices and is available from Cydia’s BigBoss repository right now for just $0.99.