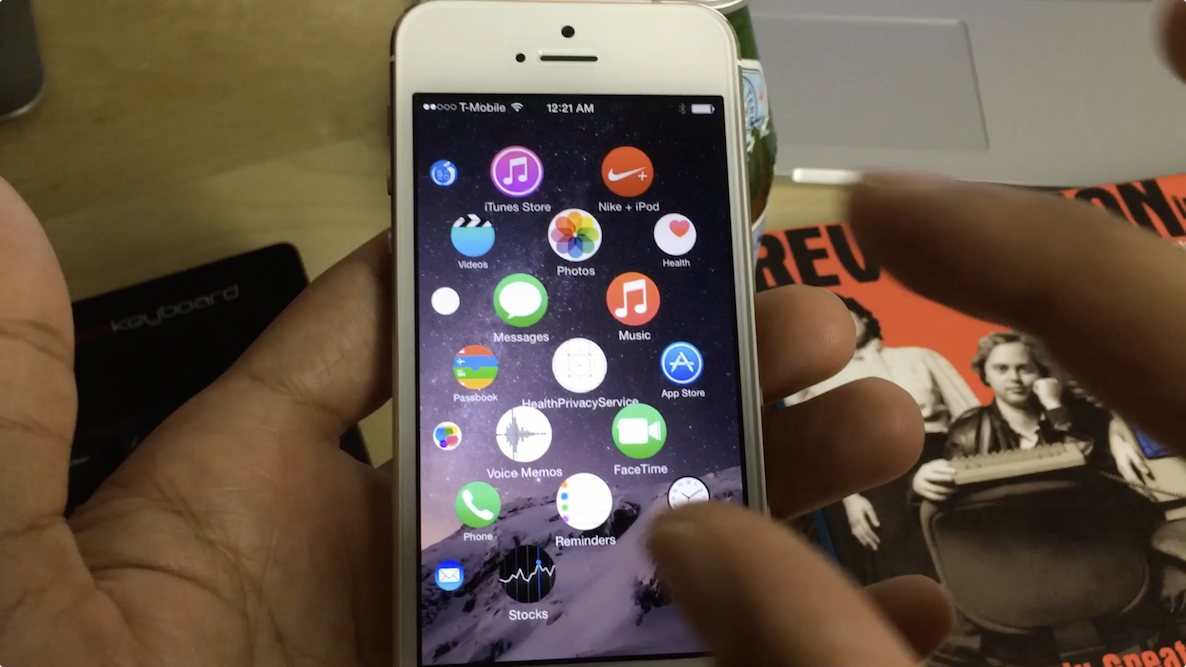 It started as a concept, it grew to a mockup, and now it’s somewhat of a reality. Earlier today, WatchSpring, a tweak that brings an Apple Watch inspired user interface to the iPhone, was released to the public.

WatchSpring, brought to life by developer Kigg, more or less completely replaces the stock SpringBoard in favor of the radical looking Apple Watch-like interface. This tweak allows you to actually use the interface to launch the apps installed on your phone, along with perusing the Home screen. It’s a real working tweak, and we have a hands-on video demonstrating it inside.

Note: WatchSpring requires a jailbroken iPhone running iOS 8. Many have experienced issues with getting kicked into Safe Mode post installation. If this happens to you, try uninstalling all tweaks by uninstalling Cydia Substrate and then reinstalling Cydia Substrate. Proceed at your own risk, your mileage may vary. For more details on the Safe Mode issues, check out this thread on Reddit.

To install WatchSpring do the following:

Step 2: Transfer the WatchSpring.deb to your device via SSH.

Step 3: Install the package using the following command (fully qualify the location of the package and change the name to match the package’s latest name):

Step 4: Search for “Open” on Cydia from Conrad Kramer and install. It’s a prerequisite for this package.

Step 5: Reboot your iPhone, and you should see a completely replaced UI.

What do you think? Is this UI growing on you, or do you dislike it in every instance you’ve seen it?