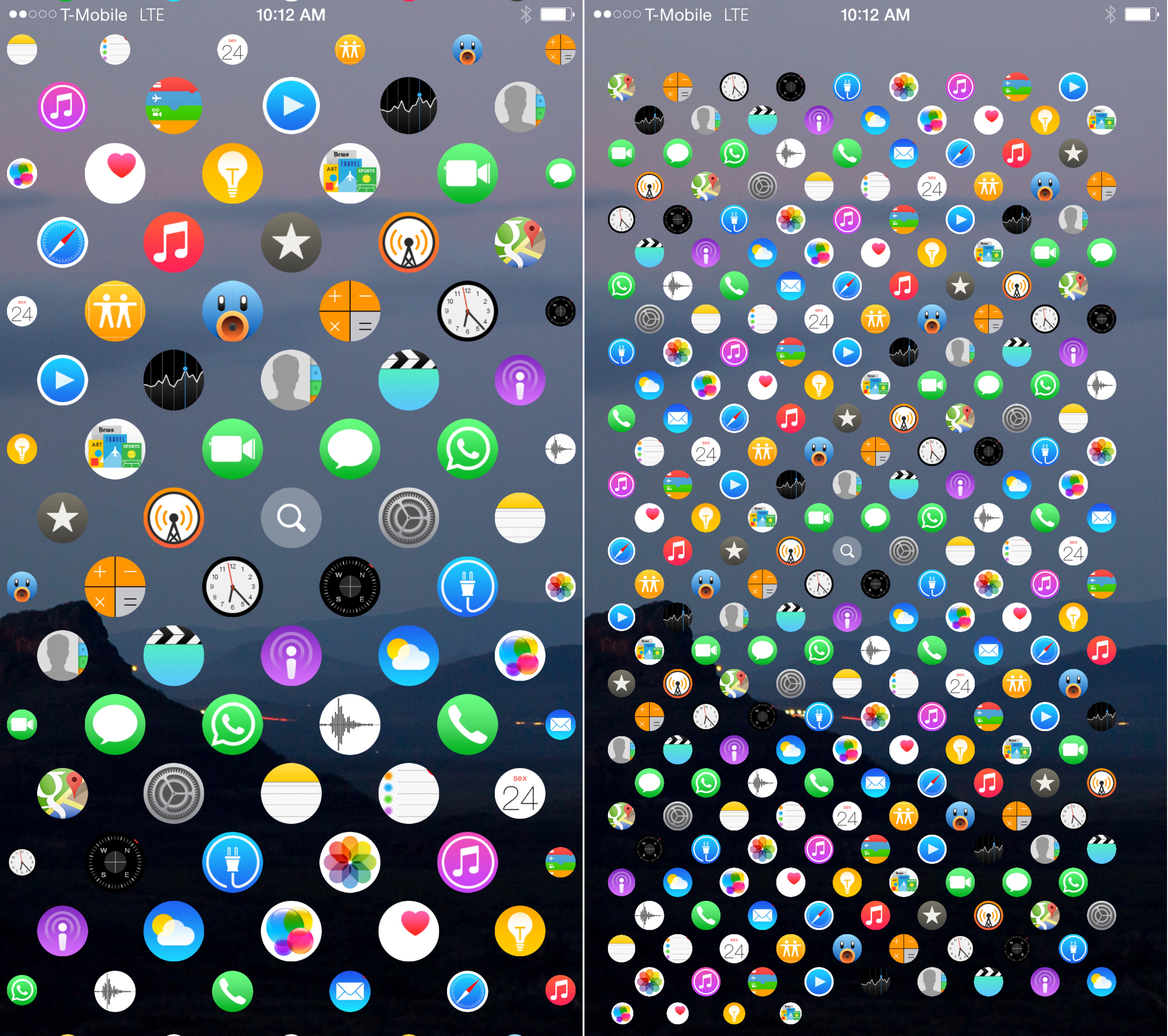 Yesterday, we posted an article showcasing a developer’s concept of the Apple Watch UI running on the iPhone. The response was mixed, but it leaned more towards the positive end of the spectrum than I anticipated.

Seeing someone demo a concept on video is one thing, but trying it for yourself is something altogether different. Thanks to developer Lucas Menge, who made the project open source, the code has been compiled and posted as a Cydia package. This means that everyone can now try out the Apple Watch UI concept on their iPhone.

After the break, watch me demonstrate and comment on the Apple Watch UI running on my iPhone 6 Plus. I also showcase how you can get the Apple Watch concept on your iPhone to try out yourself.

To try out the concept yourself, you’ll need to have a jailbroken iPhone running Cydia. If you’ve yet to jailbreak iOS 8, you can learn how to do so here.

Step 1: Open Cydia and tap on the Sources tab

Step 3: Open the Lamerz source, and find the Apple Watch SpringBoard package. Install the package and reboot your device.

Step 4: Launch the “WatchSpringboard” app (it should be an app with no app icon) and you’ll see the Apple Watch SpringBoard concept.

Keep in mind that the concept is just that—a concept. Hence, launching apps doesn’t actually work (it just launches a dummy app). Nevertheless, this provides some great insight into how an alternative UI like the Apple Watch UI would work on a large screen device.

I have to say, I like it. It’s different, but with a little tweaking and modification with the additional real estate in mind, it would be very interesting. That said, there are definitely caveats, like app organization. I guess folders could still technically work. At any rate, it’s good for a nice discussion.

What do you think, and have you tried it? Sound off down below in the comments with your thoughts and opinions.