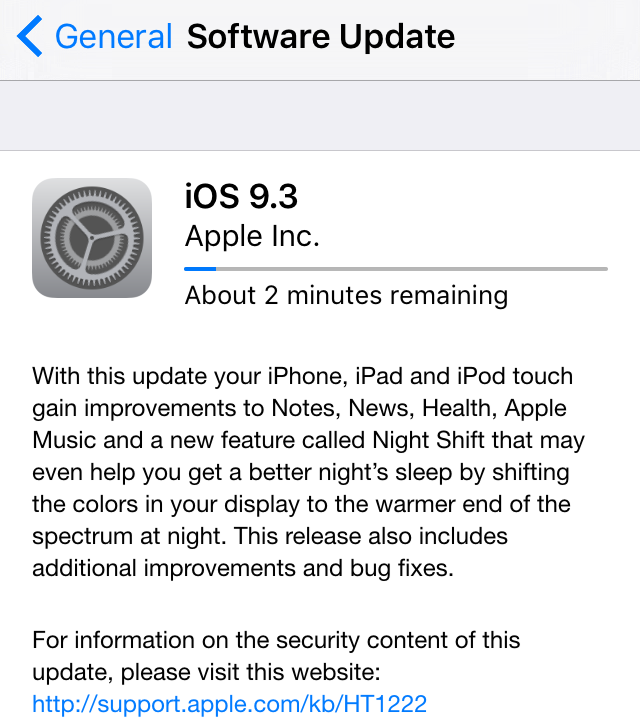 iOS 9.3 is a big update for iPhones, iPod touches, and iPads, and as a result, we’re interested in learning whether or not the update was big enough for you to download on your daily drivers.

Unlike most updates, iOS 9.3 is a relatively major one. It surprised us when the first beta came out because some of the features were totally unexpected, like the arrival of the f.lux-like Night Shift mode. iOS 9.3 brings to the table a lot of useful features and improvements, such as:

Unfortunately, although the Night Shift feature is quite alluring, iOS 9.3 doesn’t have a public jailbreak… yet. There still hasn’t been any word on the progress of an official jailbreak from the teams who’ve brought us jailbreaks in the past.

On the other hand, Pangu just launched one for iOS 9.1 earlier in the month because iOS 9.3 patched the exploits that were used.

Those jailbroken on iOS 9.1 and earlier can always use the f.lux extension in Cydia to get Night Shift-like functionality. F.lux has been available in Cydia for years, and obviously had heavy influence on Apple’s Night Shift mode in iOS 9.3.

So with all of the features that iOS 9.3 brings to the table, and knowing that there’s no public jailbreak for it just yet, have you decided to upgrade the firmware on your daily driver? Complete the poll below and see how your answer stacks up against everyone else’s!

I’m personally already running iOS 9.3 on my daily driver, but I always keep a jailbroken device handy that won’t be upgraded. Night Shift is by far my favorite feature out of the box, but I’ve noticed an incredible amount of fluidity throughout the operating system post-update and I think it could be one of the more stable releases of iOS yet.

Let us know your reason for updating or not updating in the comments below!