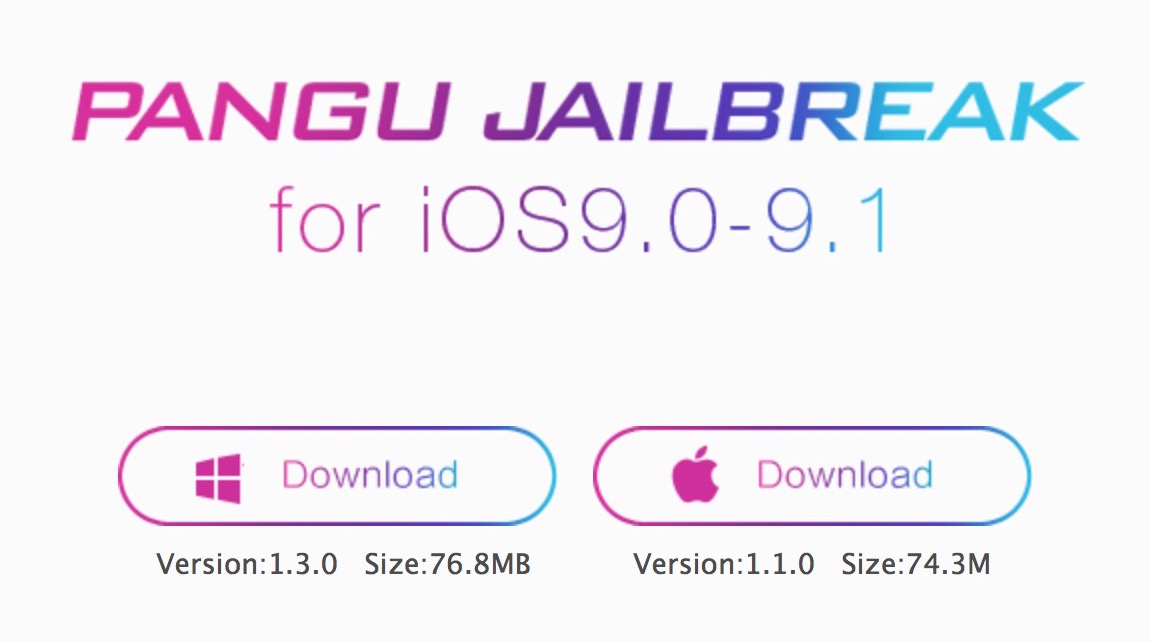 Seemingly out of nowhere, the Pangu Team released a Pangu jailbreak for iOS 9.1 today. Bringing the tool to version 1.3.0, the jailbreak is only compatible with 64 bit devices, including iPhone 5s and up, as well as iPad mini 2 and up.

The team notes on Twitter that the jailbreak was made possible thanks to a kernel bug from Lokihardt to exploit iOS 9.1, but unfortunately, that bug is patched in iOS 9.2, which probably explains the timing of the release of this specific tool today.

What devices can be jailbroken?

As mentioned above, this version of Pangu will only support 64 bit devices. That includes:

As far as we know, instructions to jailbreak iOS 9.1 using Pangu are similar to the past. Unfortunately, because we currently don’t have a device running iOS 9.1, it is currently impossible for us to do a proper tutorial at this time.

This said, if you need a proper set of instructions, you may still refer to our tutorial about how to jailbreak iOS 9.X (Windows instructions also available).

Pangu V1.3.0 can be downloaded either from the team’s website, or from our Downloads page.

Limitations of the jailbreak

Like the proverb says, beggars can’t be choosers, but it’s hard to be too excited about this specific jailbreak version. Currently, users interested in jailbreaking are either jailbroken on iOS 9.0.2, or might have missed the window and be on iOS 9.2 or 9.2.1. And because there is no way to downgrade, or to upgrade iOS to a specific version, only users currently on iOS 9.1 will benefit from this jailbreak. It’s safe to assume only a very small subset of users are in this situation.

Still, this is a positive note as to the future of jailbreaking. If anything, this goes to show that Pangu is still very much active, and although pretty quiet about its progress, the team is still working hard on finding exploits to use in future jailbreaks, or even communicating with other hackers to combine resources.

Out of curiosity, who in here is currently running iOS 9.1 and will be able to take advantage of this jailbreak?