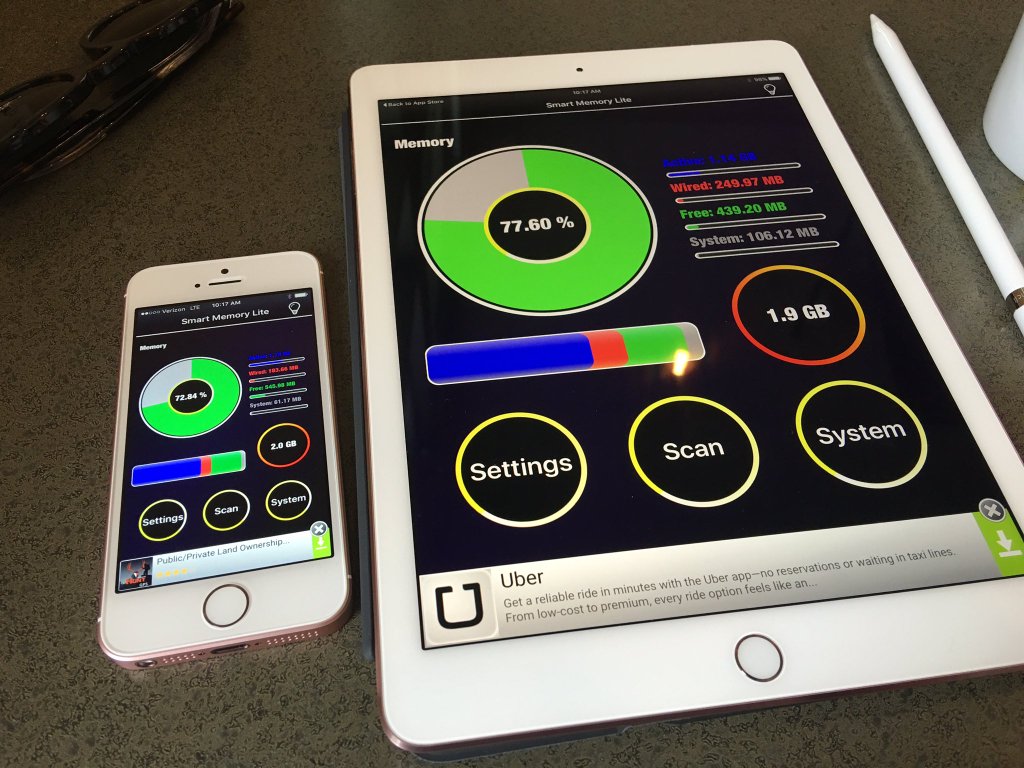 With Apple’s announcement of the iPhone SE and 9.7-inch iPad Pro on Monday at the ‘Let us loop you in’ event, there has been a ton of excitement over the amount of power built into these smaller packages.

First shared by TechCrunch‘s own Matthew Panzarino, who managed to get a hardware statistic app to run on the devices while going hands-on with it, 2GB of RAM is present on both the iPhone SE and 9.7-inch iPad Pro.

This, in addition to the 9.7-inch iPad Pro’s under-clocked A9X processor, may take a serious bite out of the smaller professional tablet’s performance.

Panzarino also shared images of the 9.7-inch iPad Pro running the popular Geekbench benchmark utility, and it shows that the smaller pro tablet has a clock speed of 2.16 GHz, which is down from the 12.9-inch iPad Pro’s 2.24 GHz.

The iPhone SE, on the other hand, reportedly does not have any under-clocking present in its A9 chip, which means it should perform just the same as any iPhone 6s or iPhone 6s Plus.

On the other hand, seeing 2GB of RAM on the 9.7-inch iPad Pro is a bit of a disappointment because it’s a shocking downgrade from the 12.9-inch iPad Pro, which comes with a hefty 4GB of RAM. For professionals, who will be doing a lot of multitasking with large apps on the iPad Pro, 4GB was an exciting number.

Unfortunately, because the little brother of the larger iPad Pro has half of the memory, it puts it more inline with the iPad Air 2 than anything else, and further supports the notion that the 9.7-inch iPad Pro may be an overpriced iPad Air 2 upgrade with a starting price tag of $599 and going up from there.

For many, this is going to be a deal-breaker that will have consumers flocking either to the larger 12.9-inch iPad Pro, or to the slightly older iPad Air 2, which received a slight price drop as of yesterday’s announcements.

2GB of RAM is perfect for the iPhone SE because it’s smaller and can perform well on it, but a pro tablet like the 9.7-inch iPad Pro would have been expected to come with the same 4GB that comes in its bigger brother. This is because such a device is targeted towards an audience that will use different kinds of software suites, like Office, iLife, and iWork, which are naturally memory hogs.

What are your thoughts on seeing 2GB of RAM in both the iPhone SE and 9.7-inch iPad Pro? Share in the comments!