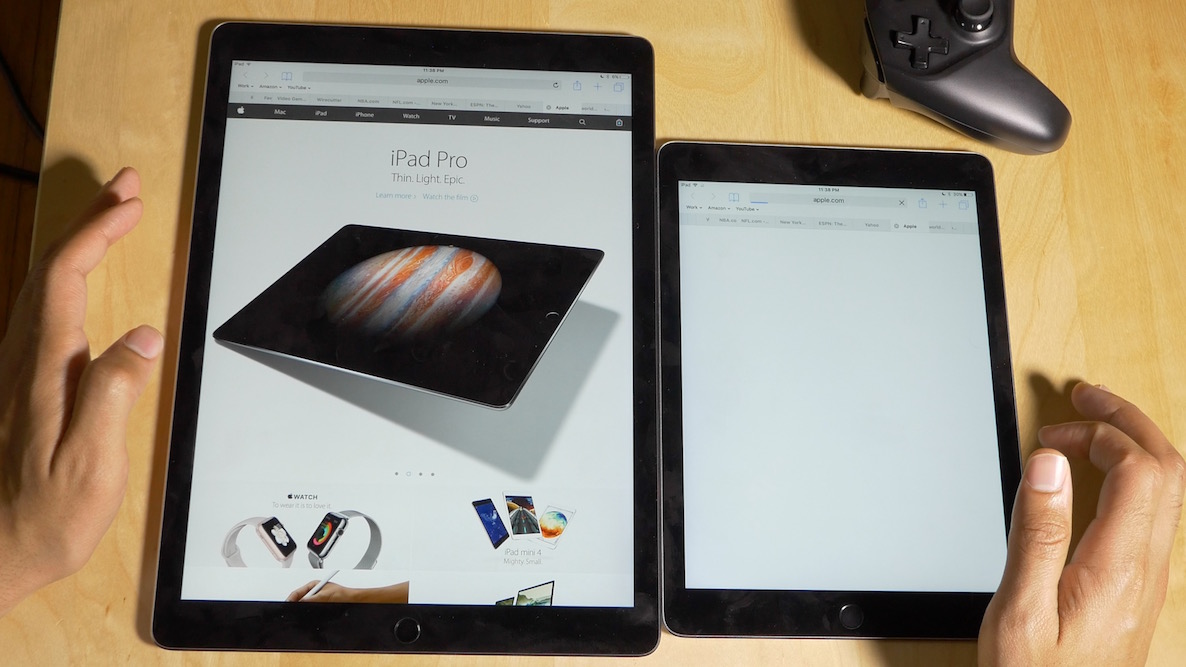 The iPhone 6s made a big difference when browsing the web with Safari when compared to previous iPhones. This can primarily be attributed to the addition of an extra gigabyte of RAM in Apple’s latest flagship phone, which brought its total amount up to 2GB.

The iPad Pro takes the amount of RAM found in iOS devices a step further. It features a whopping 4GB of RAM—double the amount found in the iPad Air 2 and iPhone 6s. This means that the iPad Pro contains more RAM than any other iOS device since the platform’s inception.

The result? Unsurprisingly, when compared to the next most powerful iPad, the iPad Air 2, the iPad Pro performs much better when it comes to keeping web pages loaded in memory. Hence, browsing the web tends to be a smoother and more cohesive experience on the iPad Pro when compared to lesser equipped iPads. Watch our video walkthrough and see for yourself.

Like the previous video that showcased the iPhone 6s Plus vs the iPhone 6 Plus, this video showcasing the iPad Pro vs the iPad Air 2 pretty much speaks for itself. Yes, the iPad Air 2 is powerful, and has a healthy 2GB of RAM, but 4GB is just plain better, and this Safari tab test easily proves as much.

Not only is the iPad Pro’s massive 12.9″ screen superior for browsing the web, but the extra 2GB of RAM makes a real world difference when browsing the web, and multitasking. It’s a feature that Apple doesn’t tout on its iPad Pro product page, but it’s certainly a big deal, don’t you think?