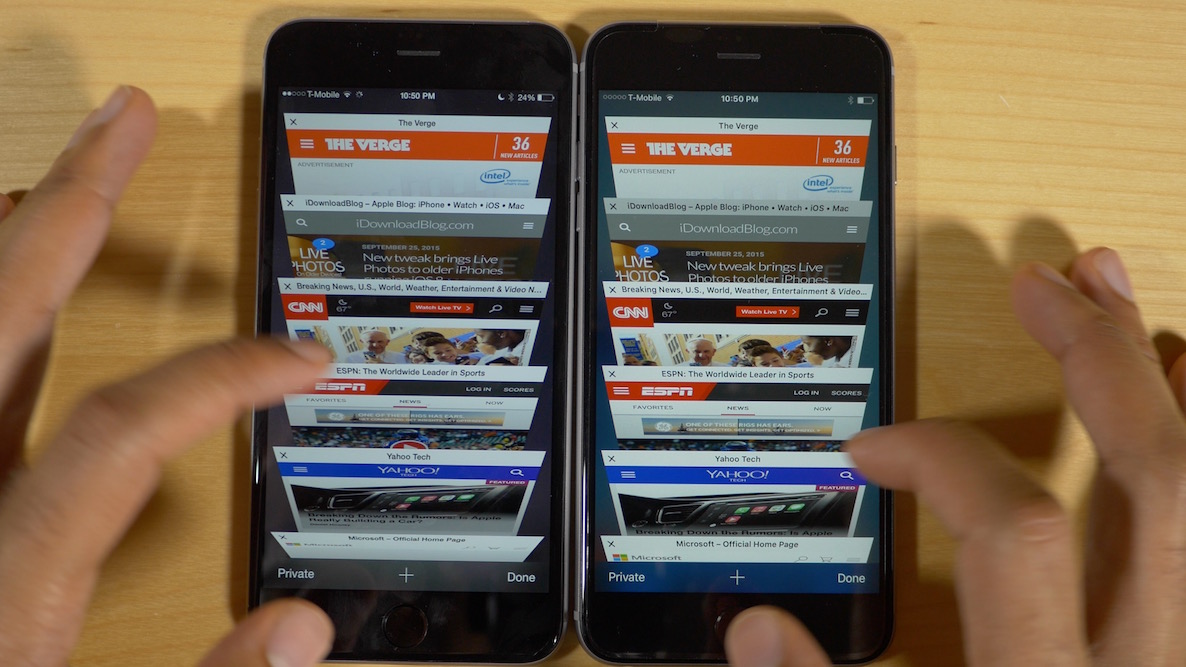 Safari. It’s one of our go to apps, and arguably the most popular app on iOS. It’s also one of the apps that has suffered the most over the past few years due to lack of resources. Safari has been starved for far too long, and its resulted in perpetual Safari tab refreshing and frustrated end users.

Starting with last year’s iPad Air 2, Apple decided it was time to change that. It was time to feed Safari and other RAM starved apps. The results were great and immediately noticeable. It’s one of the reasons that the iPad Air 2 can keep on trucking just fine without a yearly refresh.

Today, Apple extended the same favor to its most popular product, the iPhone. Like the iPad Air 2, the iPhone 6s benefits heavily from the extra gig of RAM.

But how much does the extra RAM truly benefit day to day usage on a phone? Is it something that everyday users will notice, even if Apple refuses to place emphasis on it? Watch our video pitting the iPhone 6 Plus vs the iPhone 6s Plus, and see for yourself.

There’s really not much else to be said here, as the video pretty much says it all. There simply wasn’t enough RAM in older iPhones to create a good experience in Safari, not to mention other apps and the OS itself. With only 1GB of RAM, there wasn’t enough resources for Safari to keep many tabs in memory.

Once resources are needed, tabs are purged from memory, and have to be refreshed when revisited. With the iPhone 6s and 6s Plus, this occurs a lot less often due to the additional memory.

This may seem like a trivial issue, and I guess one could make the argument that it is. After all, we’ve lived through numerous iPhone iterations with less than 2GB of RAM. I guess my point is that having the extra resources alters the experience from one that we used to put up with, to one that we can truly enjoy.