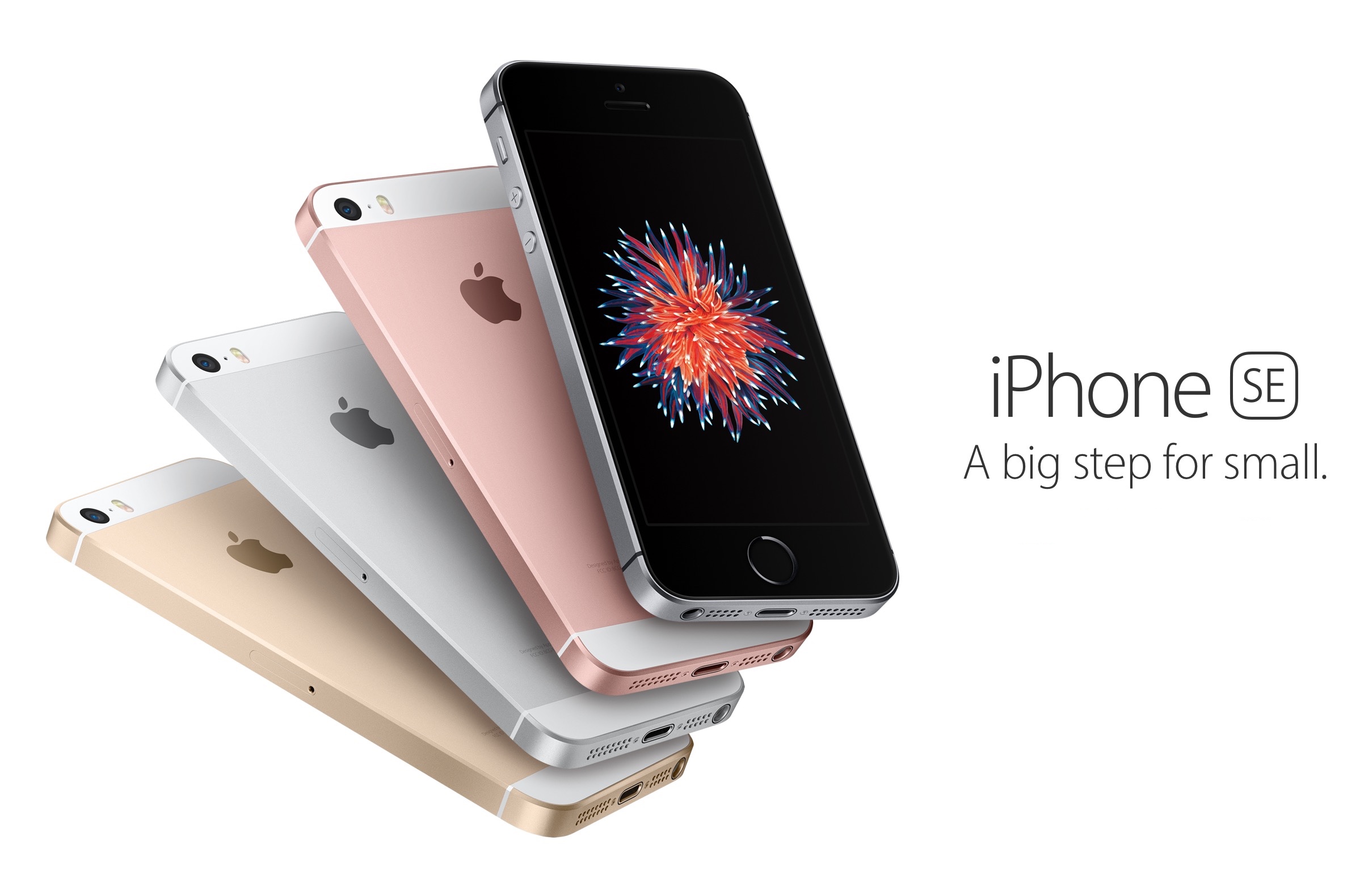 At today’s invite-only media event at the Town Hall on its Cupertino, California headquarters, Apple has officially unveiled its latest four-inch smartphone, the iPhone SE. With one-third of iPhone buyers still preferring four inch phones and two and a half years having passed since the introduction of the iPhone 5s, its last four-inch phone and the world’s first smartphone with a 64-bit processor, the iPhone SE picks up right where its predecessor left off.

The rumors were true: the iPhone SE takes Apple’s latest and greatest technology like a third-generation 64-bit A9 processor with an embedded M9 motion coprocessor, upgraded cameras, faster wireless, NFC for Apple Pay and more (but without 3D Touch), and packs it inside a four-inch form factor.

First, check out this short video of the iPhone SE

The iPhone SE has has a twelve-megapixel camera on the back, just like the iPhone 6S. The front-facing camera has gained Retina Flash function from the iPhone 6s, which flashes the display three times the normal to illuminate your face as you take selfies. 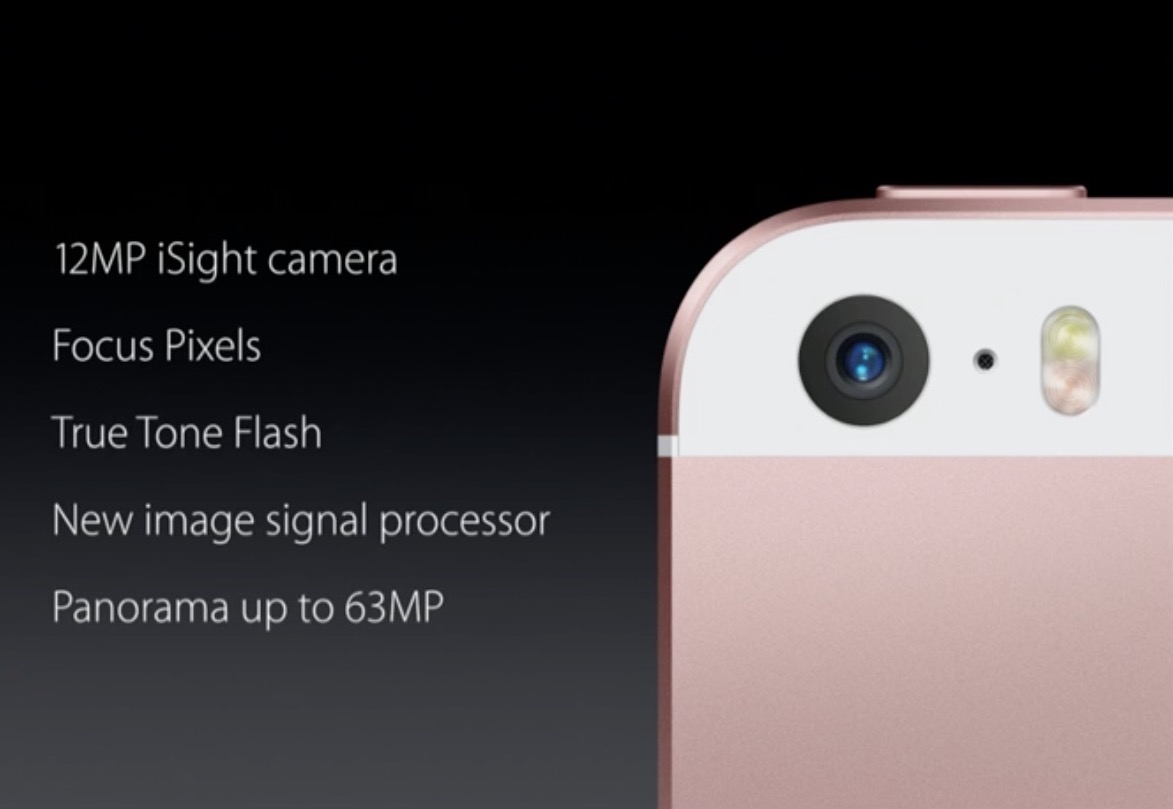 The iSight camera includes the latest features like Focus Pixels and True Tone Flash, while the A9 chip’s image single processor allows for panoramas up to 63 megapixels, improvements to video, Slo-Mo and other features. 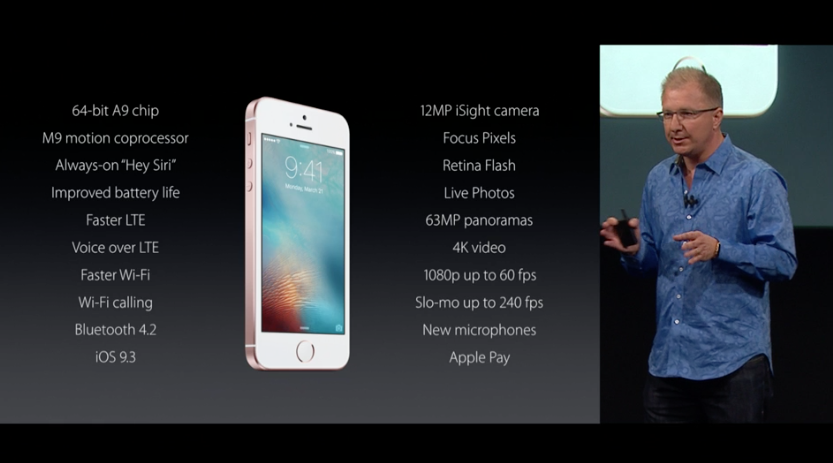 And because it has the power-efficient M9 motion coprocessor that can monitor mic input, the iPhone SE include a tetherless ‘Hey Siri’ function. And last but not least, the iPhone SE has Apple’s previous-generation Touch ID fingerprint sensor.

By the way, Apple sold over thirty million four-inch iPhones in 2015 and for a lot of customers it’s their first iPhone, said Apple’s SVP of iPhone marketing, Greg Joswiak. 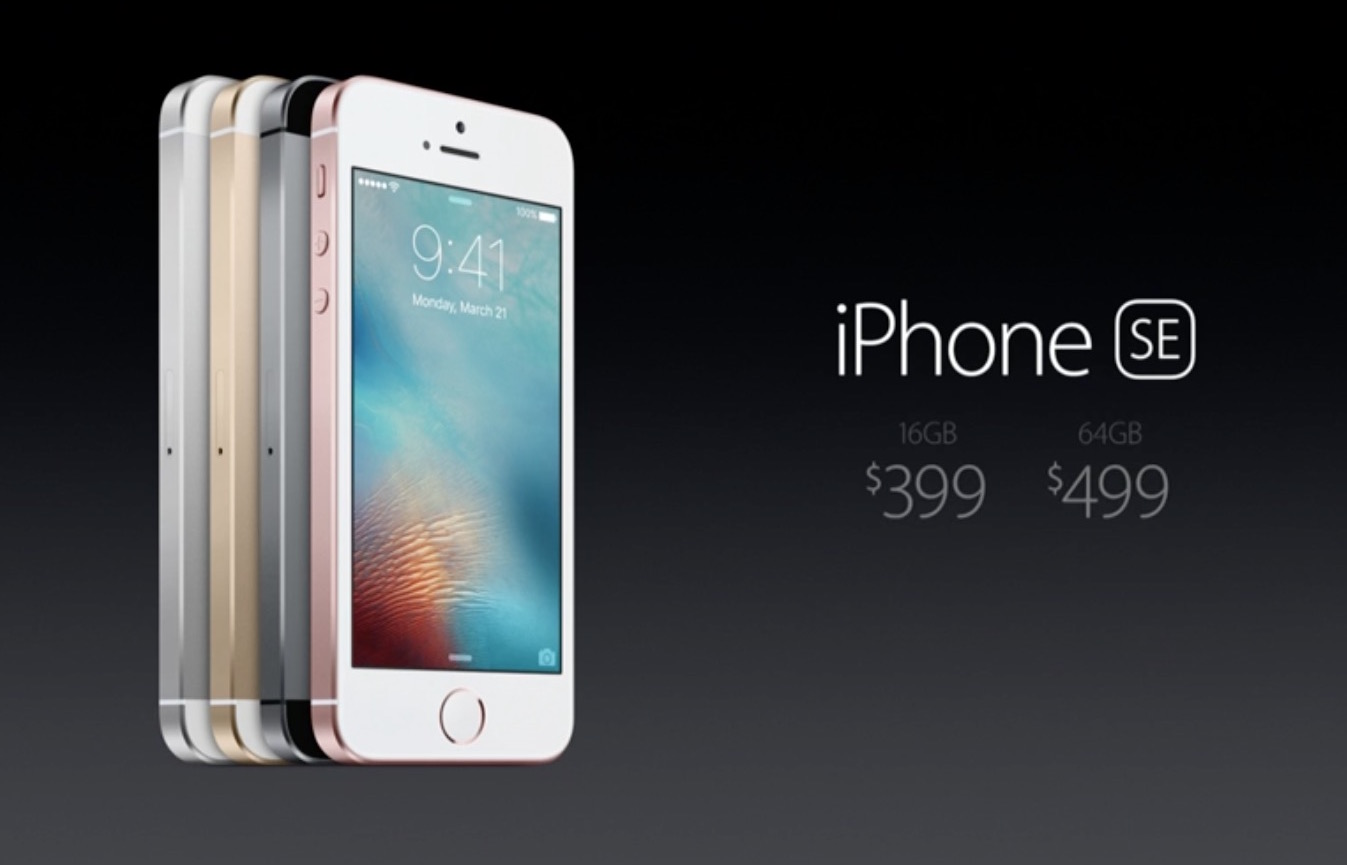 It starts at only $399 for a contract-free version, making it the most affordable iPhone. There’s also a higher-priced $499 iPhone SE with 64 gigabytes of storage

Apple will begin taking pre-orders for the iPhone SE this Thursday, March 24 ahead of its release the following Friday, March 31. The new phone will be in about 110 countries by the end of May, said Apple.

Will you be buying this new phone, do you think?