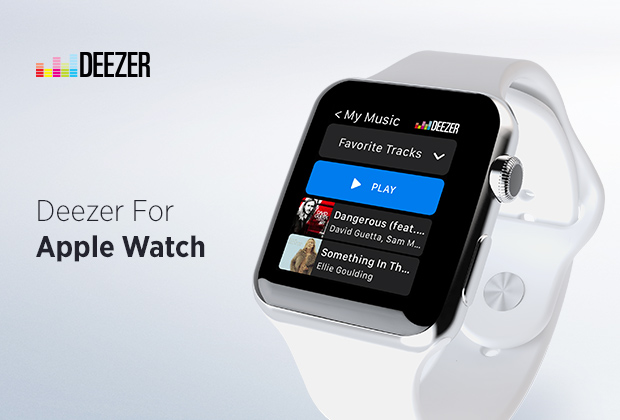 Deezer, a cross-platform music streaming service, is now available on your Apple Watch as a native app.

The new watchOS 2 app lets you access your favorite music, use Deezer’s Flow feature, see the latest hits and access Deezer’s personalized mixes, all with the flick of your wrist.

Deezer for Apple Watch is basically your magic wrist jukebox for the iOS app running on the paired iPhone. It lets you access Flow, My Music, Charts and Mixes as well as any songs you have downloaded to your phone for offline listening.

The user interface makes it easy to navigate your tracks, albums, playlists and more, see the artists and podcasts you saved to My Music and access the audio player by swiping right.

You can also Like, Dislike or control the volume directly from you watch.

Deezer’s app for your wrist requires an iPhone with iOS 8.2 or later and an Apple Watch with watchOS 2.0 or later.

Grab Deezer for free in the App Store.