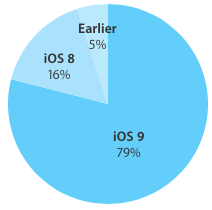 After being stuck at the 77 percent mark for a full four weeks, Apple on Monday updated its App Store dashboard for developers with the latest stats on iOS 9 adoption. As per the newest device logs captured on March 7, 2016, iOS 9 is installed on 79 percent of devices that recently accessed the App Store.

The two-point increase versus the 77 percent adoption rate recorded a month ago came at the expense of iOS 8 and earlier versions that have lost ground to iOS 9.

iOS 9 now powers nearly eight out of each ten devices

The numbers indicate that much of iOS 9’s growth now comes from existing users who continue to upgrade from earlier iOS versions to iOS 9, which isn’t surprising given that iPhone sales are traditionally weak in the quarters following the lucrative holiday shopping season.

In the meantime, the freshest Android stats straight from Google show that the latest and greatest edition of Android, called Marshmallow, is currently installed on 2.3 percent of devices. Marshmallow started appearing in Android devices last fall, when iOS 9 was released for public consumption. 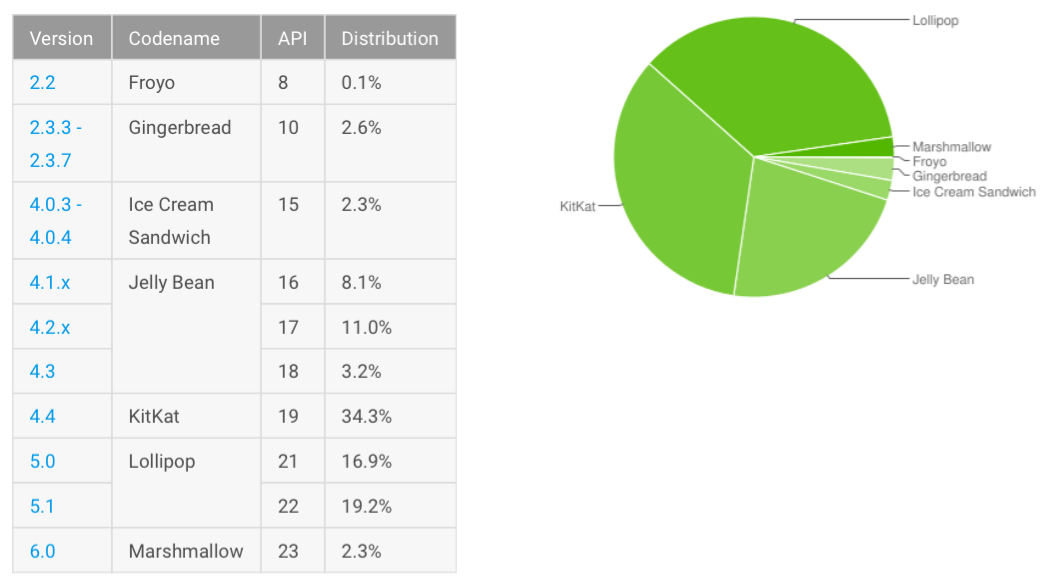 Android editions from 2.2 Froyo to 4.3 Jelly Bean collectively accounted for 27.3 percent of Android hardware. The Play Store app supports Android 2.2 and above so devices running older versions are not included in Android adoption figures.

Android hardware powered by forked versions of Android (such as Amazon’s Fire devices) and devices that come preloaded with third-party application stores, like tens of millions of smartphones and tablets sold in China, are absent from Google’s stats, too.