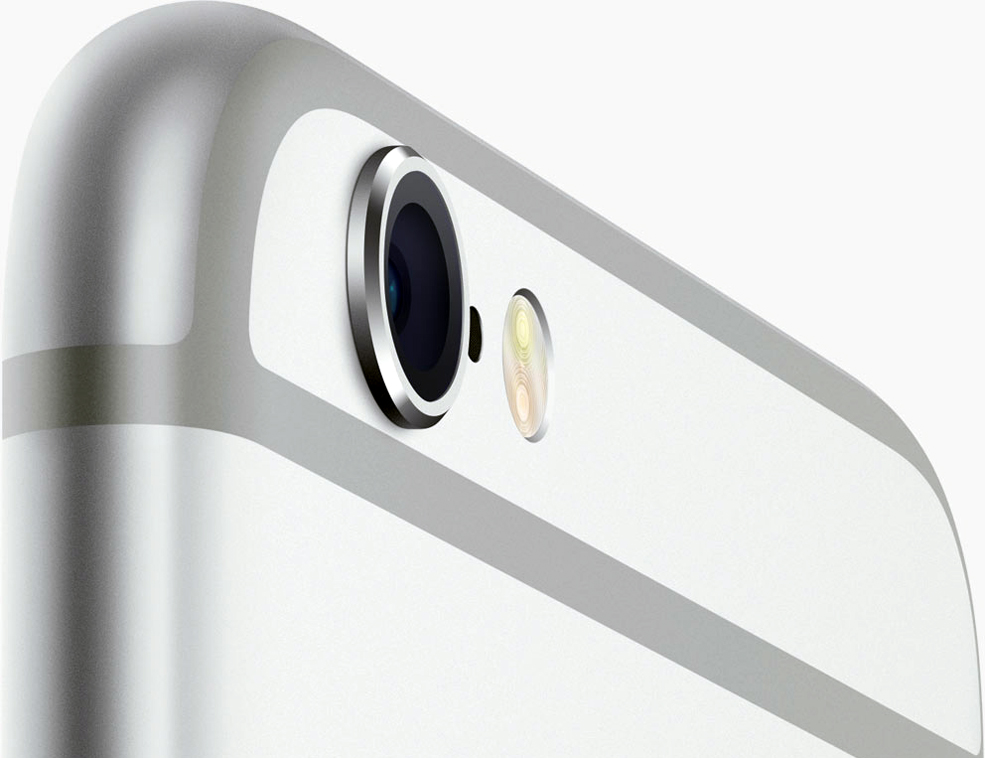 The iPhone’s camera may have gotten a lot of upgrades over the years, and it may be one of the most popular point-and-shoot cameras in the world, but that’s not to say it’s perfect. Just like any other camera, it can be subject to hardware issues and software bugs.

In this piece, we’ll go over some of the most common issues related to problems with the camera on your iOS device, whether it’s an iPhone, iPod touch, or iPad, and we’ll explain some ways to troubleshoot those problems.

You see a black screen from the Camera app 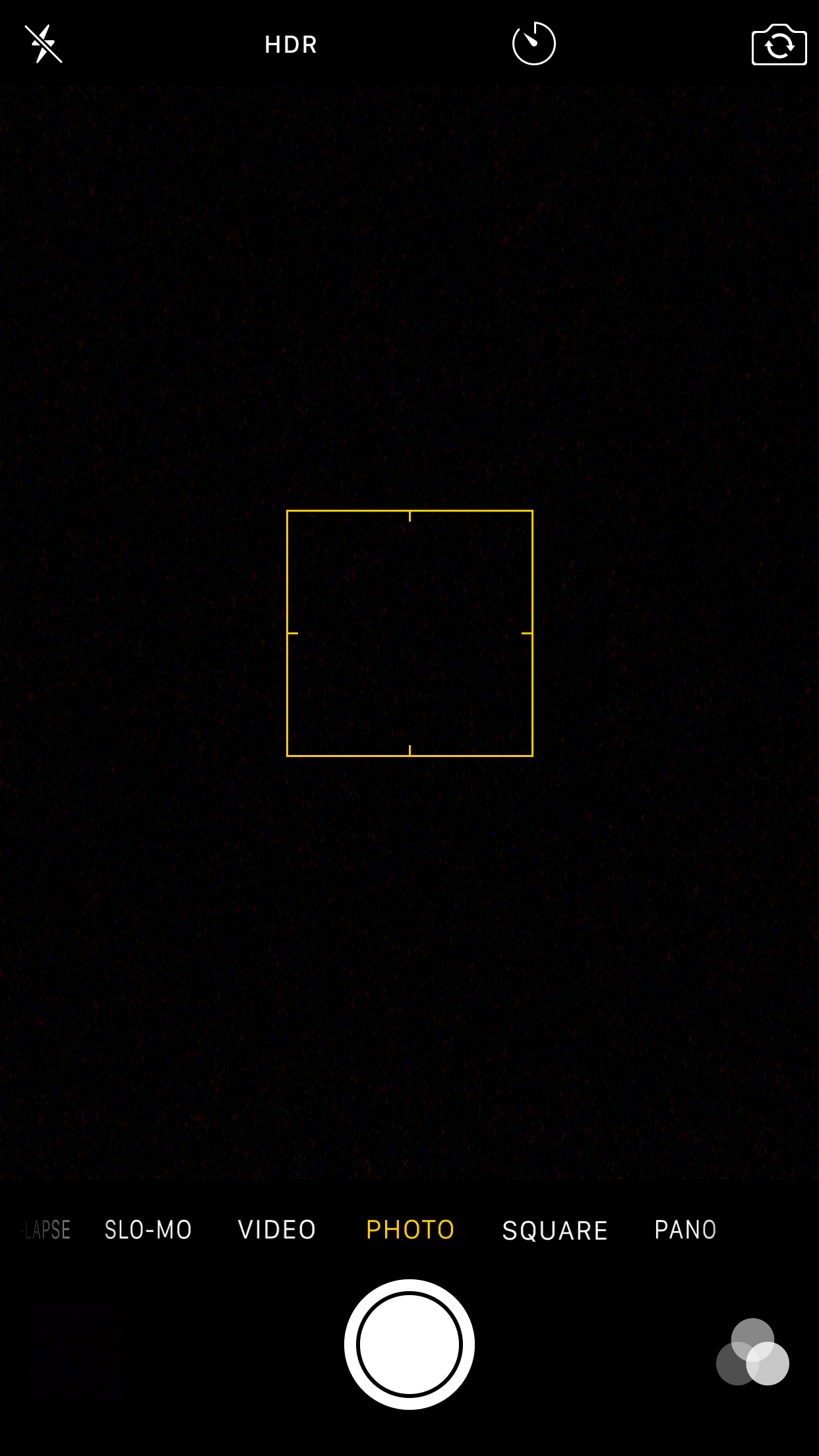 Sometimes seeing a black screen in the Camera app instead of the image you’re planning to take can be related to software issues, but many times this is a concern of the hardware.

If the problem is related to software, which I’ll admittedly say happens to me every so often because of a bug in iOS, typically switching between the front and rear-facing cameras is enough to fix the problem.

If it doesn’t, quitting the Camera app from the App Switcher and restarting it from the Home screen may fix this problem, but you can also try a forced restart of your iPhone if that doesn’t work by pressing and holding the power button and Home button simultaneously for ten seconds or until the device restarts on its own.

If after all of these steps your Camera app still shows a black viewfinder, you may need to contact Apple to have your camera looked at.

Your photos are coming out blurry or out of focus 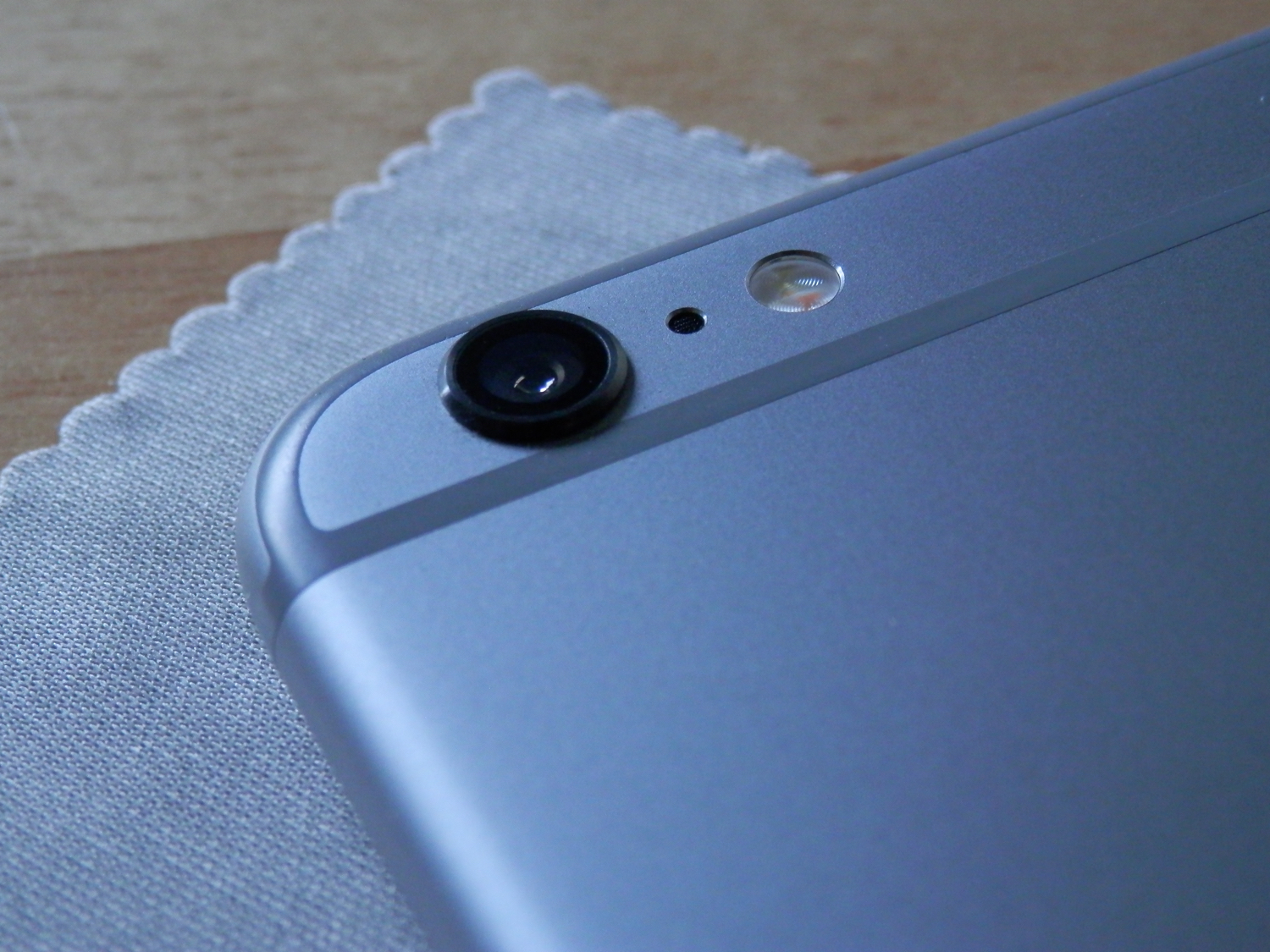 The iOS software has a lot of advanced algorithms built into it to help you focus on your photograph’s subject automatically. Sometimes, you might use the manual method of focusing on something very specific, which is done by tapping on something in the view finder.

If your photos are still coming out blurry, or aren’t focusing where you’d like them to, never rule out the fact that you might be focusing incorrectly. Make sure that you’re taking the time to watch what’s in focus before you press the shutter button to snap the photo.

If this isn’t your problem, then you may want to check for hardware issues. One such issue may be a smudged lens, which can occur if someone’s greasy fingers come in contact with the glass on the lens. One way to know if this is the problem is the smudge will get in the way of clear photographs and you’ll get the same smudge repeatedly in almost every photograph you take (depending on the lighting conditions). You can clean a smudge off with your shirt, or a micro-fiber cloth to remedy this issue.

Another possible issue is that dirt or debris may have worked their way inside of the lens itself, or a scratch may have worked its way into your lens. Although scratches and cracks are unlikely in the hard glass Apple uses for their lenses, it’s not uncommon for dirt and debris to get trapped in the lens, and you’ll need to visit an Apple Store or an Apple authorized service provider to have it replaced or repaired.

One final issue that could happen is a metallic case or magnetic attachable lens could be wreaking havoc on the iPhone’s optical video stabilization. If this is the case, you can remove the case or lens and compare the quality to see if it helps any with the blurring.

If none of these issues fixed your camera’s blurriness, you will need to get in touch with Apple, as you may have a defective unit.

iPhone’s camera flash is stuck on or not working 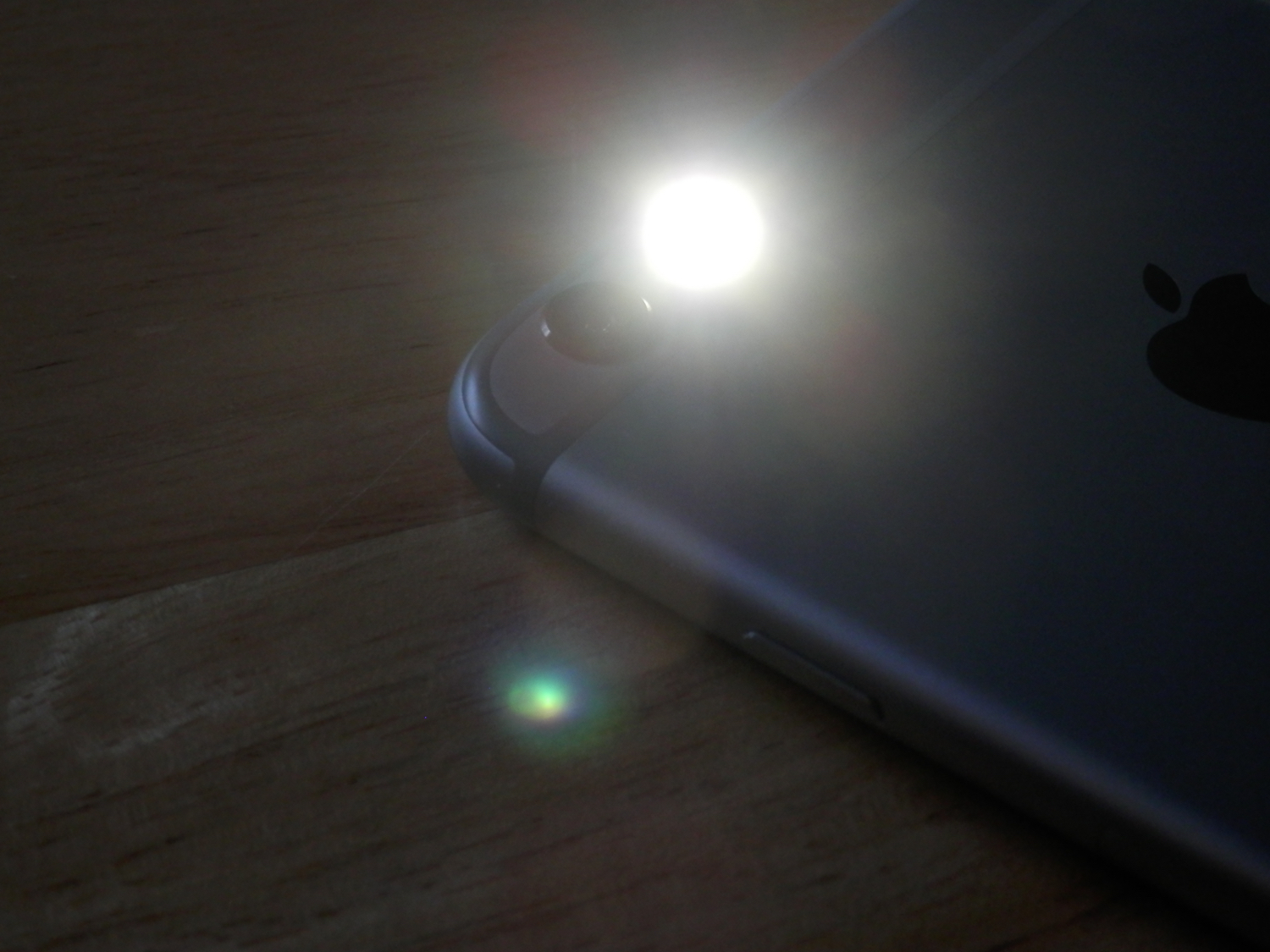 Another problem that could occur while using your iPhone as your everyday point-and-shoot camera is that the camera flash could give you grief.

If you find that the LED flash is turned on when you open the Camera app, you may have had the flashlight function of your iPhone turned on from the last time you used it and forgot to turn it off. This can sometimes happen in broad daylight when it’s not bright enough for the environment to remind you your flash is still on, and is usually followed by significant battery drain. Simply turn the flashlight off from Control Center.

If your flash refuses to turn on at all, and you see no reason why, check to make sure that your iPhone hasn’t been sitting in a hot environment or that the iPhone hasn’t been used for an extensive amount of video recording. In certain circumstances, the iPhone is set to disable the LED flash when the iPhone gets too hot, as it can increase heat output in itself and worsen the conditions for the iPhone. This will pass after the iPhone cools down enough.

If your flash seems to never work no matter what you do, and whether the iPhone is cool or not, you may need to have your unit serviced by Apple.

The Camera app isn’t showing on your Home screen 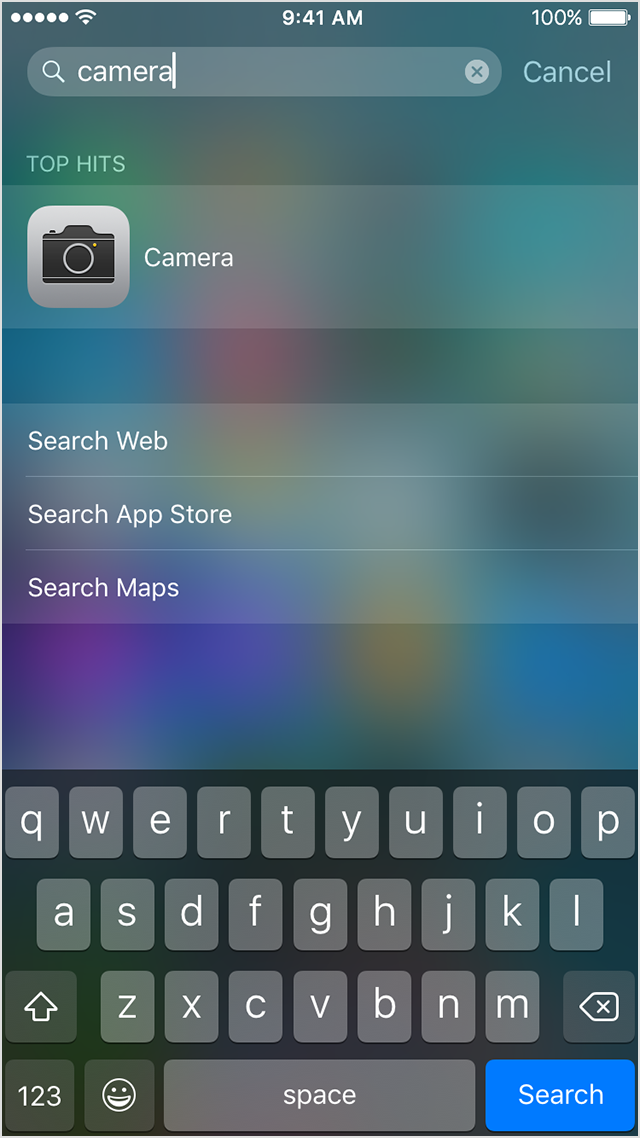 If you are trying to launch your Camera app to take a photo, but you can’t find the app on your Home screen, then there could be a few explanations as to why.

The first might be that the Camera app icon was recently moved to a different page or a new folder that you weren’t aware of, and now it’s not where you’re used to seeing it. This is a pretty common problem for people who share their device with more than one person because often the other person will customize the app icon layout on the Home screen without telling the other user. In this case, just check all your other pages and folders, and you can even use Spotlight to search for and launch the Camera app.

If you’ve tried searching Spotlight, and the Camera app isn’t showing there either, then that’s rather curious, isn’t it? it could be because someone has restricted access to the Camera app under Settings > Screen Time > Content & Privacy Restrictions > Allowed Apps and unfortunately, unless you were the one that restricted access, you’re going to need the passcode to un-restrict it. If you’re able to get in, then simply turn the Camera app back on from the restrictions and it’ll appear on your Home screen again.

These are some of the most common problems related to camera malfunction on iOS devices, and hopefully the provided answers prove insightful if you’re ever in a situation where any of the above apply to you.

If you found this tutorial helpful, don’t forget to let us know in the comments below!