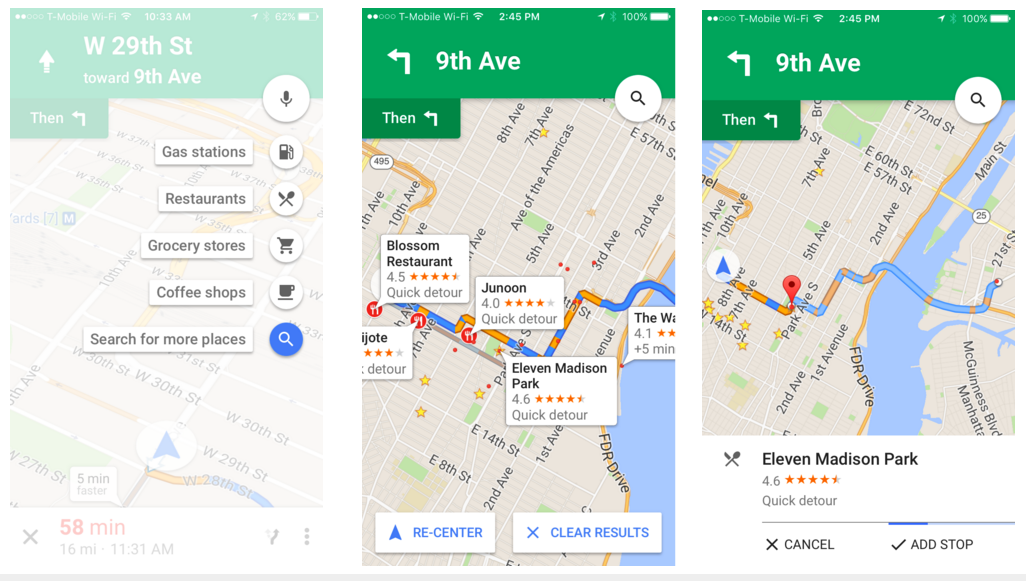 Internet giant Google on Monday announced that an upcoming update to its native, free of charge Maps application in the App Store has a brand new feature that will let you add pit stops onto your trips without leaving navigation mode. The feature was added to Google Maps for Android last October and starting today will begin rolling out on iOS in more than a hundred countries worldwide where Google Maps offer navigation.

“Whether you’re running an errand in your own backyard or roadtripping through a foreign land, Google Maps helps you get where you’re going, even if you have to make some stops along the way,“ notes Google.

The feature is accessible by tapping the magnifying glass at the top right corner of the navigation interface, which reveals a menu with places you might need to stop at, like gas stations, grocery stores or restaurants.

You can also tap the search icon or use voice commands to search by specific name or category to find what you’re looking for. “Search results include ratings and the estimated amount of time the detour will add to your trip, so you can choose the one that’s best for you,” as per Google.

Before today’s change, you had to manually search for a pit stop and then navigate to it before restarting your original route. The update should appear in the App Store later today. This feature is a staggered release so not everyone will get it at the same time.

Download Google Maps at no charge in the App Store.