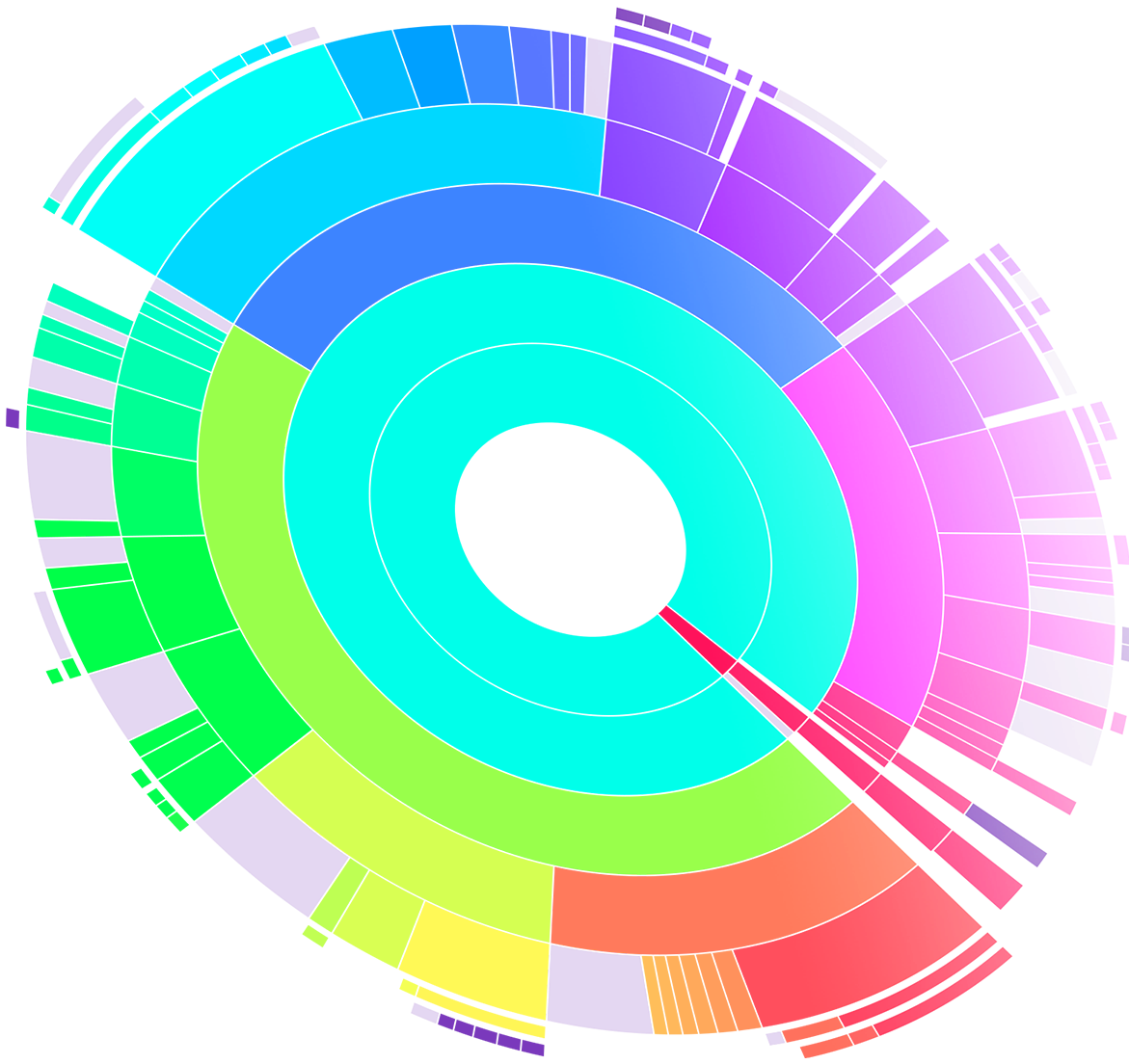 You can free up a significant amount of storage space on your Mac if you clean up your Downloads folder on a regular basis, remove your old iPhoto library, erase Safari’s browsing data and move both your iTunes library and the Photos library to an external hard drive, among other things.

But what about other files on your computer? With Daisy Disk by Software Ambience, one of Apple’s Best of 2015 Mac apps, it’s easy to identify the biggest storage hogs on your Mac.

The app makes the mundane takes of cleaning up the Mac’s storage easy and fun by giving your a nice visual breakdown on your disk space in the form of an interactive heat map. In this tutorial, you’ll learn how to reveal the biggest space wasters with DaisyDisk so you can remove them and free up some additional storage on your Mac.

How to identify large files on your Mac with DaisyDisk

First of all, you will need to download DaisyDisk, which is available for $9.99 in the Mac App Store. Or, download a free trial directly from the official website.

Upon launching the app, just drag a disk icon from the desktop and drop it onto the DaisyDisk window. If you drop your boot volume, you may be prompted to type in your administrator password in order to give the app permission to use the disk.

You’ll get a great visual breakdown of the disk’s free and used space with all of your files and folders. The circular chart is interactive and updated in real time so it always reflects the true amount of free and used storage on the computer.

The app is incredibly fast: my mid-2013 MacBook Air’s 256GB SSD is half-full and it took DaisyDisk just a few seconds to fully scan its folder hierarchy and display the interactive file map. As you hover the mouse pointer over different sections of the chart, the appropriate folder is highlighted in the righthand column. 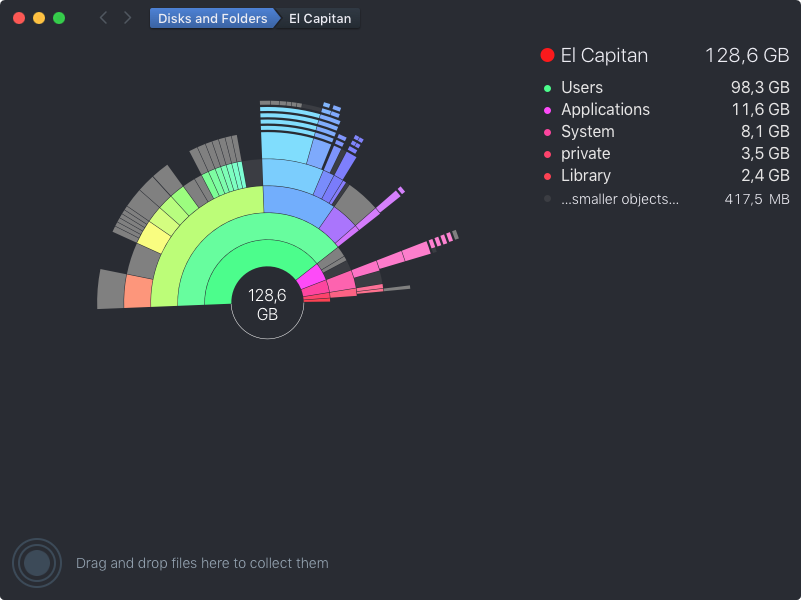 You can then click a section to get a breakdown of the files and sub-folders in that specific folder. By default, the app lists your biggest space hogs, which typically includes system folders like Users, Library and Application. To display other items, click the Smaller Objects option. 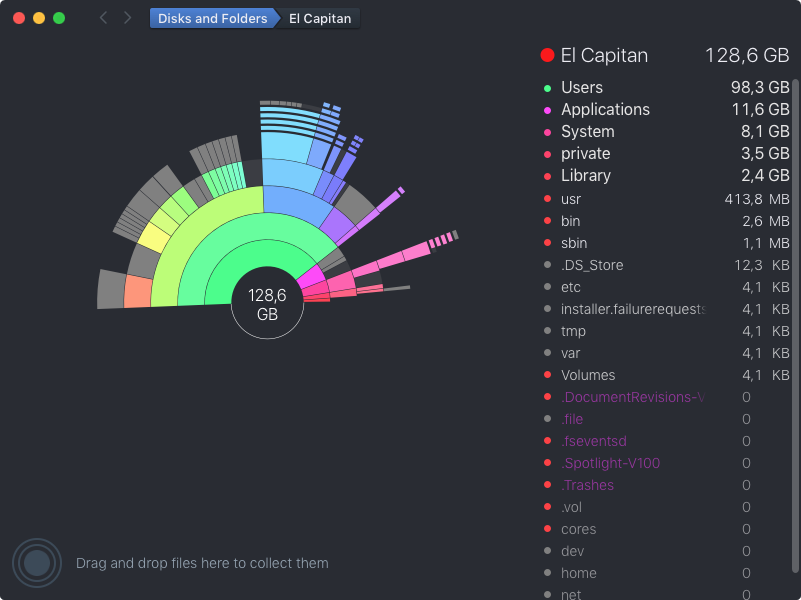 The app’s interface couldn’t be simpler and it lets you identify and then dive into the largest folders and visually peruse the contents of your Mac. When you identify a folder that’s taking up a significant amount of storage, you can drag it in the lower left corner of the app’s window to collect it. 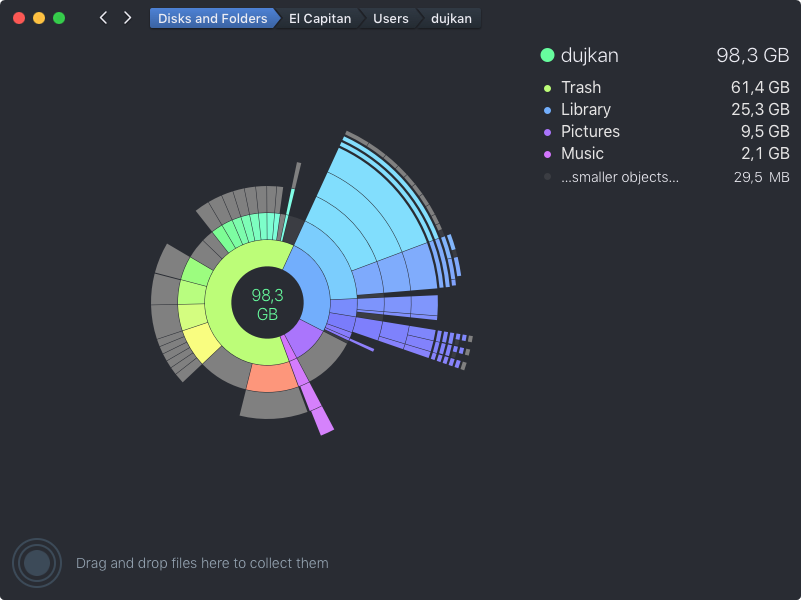 DaisyDisk has helped me realize that I have more than 60 gigabytes of usable storage locked in the Mac’s Trashcan, which I haven’t emptied in a while. I also learned that various application caches inside the system’s Library folder are taking up more than three gigabytes of storage. 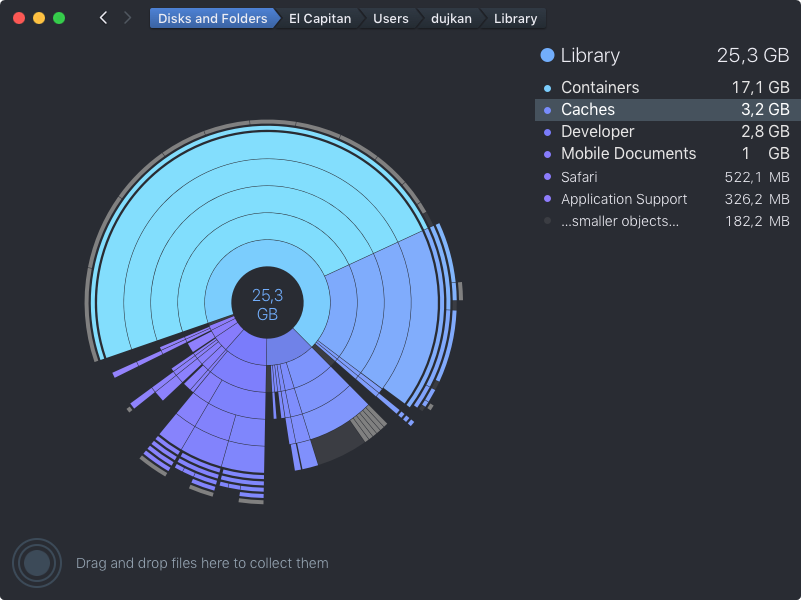 After collecting files that you’d like to delete, you can then empty the app’s built-in collection bin to permanently delete those items and free up storage space that was lost to these items. Don’t worry, DaisyDisk has built-in safeguards preventing your from deleting system files by accident.

Last but not least, this app integrates OS X’s QuickLook feature—just select a file and press Space on the keyboard to preview it quickly, and can scan multiple disks in parallel at maximum speed.

I think it’s an easy-to-use utility with its unique circular overview of the storage hogs that does a terrific job of identifying unneeded and useless file you may have forgotten about, helping you free up your Mac’s storage in no time.

A number of other space-cleaning Mac apps are available and my absolute favorite is MacPaw’s CleanMyMac (get a free trial at the official website) and its less-capable counterpart called CleanMyDrive (read my review), which is available at no charge in the Mac App Store.

DaisyDisk is English-only and requires a Mac with a 64-bit Intel processor and OS X 10.10 Yosemite or later. The app is fully optimized for El Capitan and Macs with high-resolution Retina screens. DaisyDisk is available in the Mac App Store for $9.99. A free trial can be downloaded directly from the official website. Upgrades are available to display storage charts for any connected disks, be it your Mac’s boot volume, Thunderbolt disks, USB thumb drives, network-attached storage and so forth.

To learn about other useful techniques for clearing up the cruft that has been clogging up your Mac’s storage, check out the following tutorials:

You can find way more Mac how-tos in our archive.

Submit tutorial ideas of your own at tips@iDownloadBlog.com.