Heavy Mac App Store users will download, install, and delete apps from their Mac all the time. It may be because you’re interested in experimenting with new utility releases, downloading games to get a thrill, or checking out the productivity apps that developers claim to be the “best” out there.

Through all this downloading, installing, and deleting, you may want to check out one of the apps you remember using from a long time ago to see if it got any cool new updates, and sometimes you don’t particularly remember what the name of said app might be.

The only problem is, I don’t always remember what apps I’ve tried. Sometimes, I feel like looking through my purchase history to see what apps I’ve tried, and if I’m really feeling adventurous, I’ll re-download apps that didn’t impress me initially just to see if the developer had added any cool new features or improvements I requested.

How to see your download history in the Mac App Store

The download history feature built into the Mac App Store allows you to see a running list of all the apps you’ve ever downloaded from the Mac App Store, so whether you remember their names or not, you can see them in a list, and downloading any of them is just a button click away.

We know this isn’t a particularly difficult feature to find in the Mac App Store; this tutorial is intended for Mac beginners looking for tips on using their Macs. So without rambling on any more, how about we get right into the meat and potatoes of what this tutorial is all about?

Step 1: Launch the Mac App Store on your Mac from your Dock, Applications folder, or Spotlight.

Step 2: Click on your Apple ID at the bottom of the app or Store > View My Account from the menu bar.

Step 3: A list of all the apps you’ve ever downloaded from the Mac App Store appears. 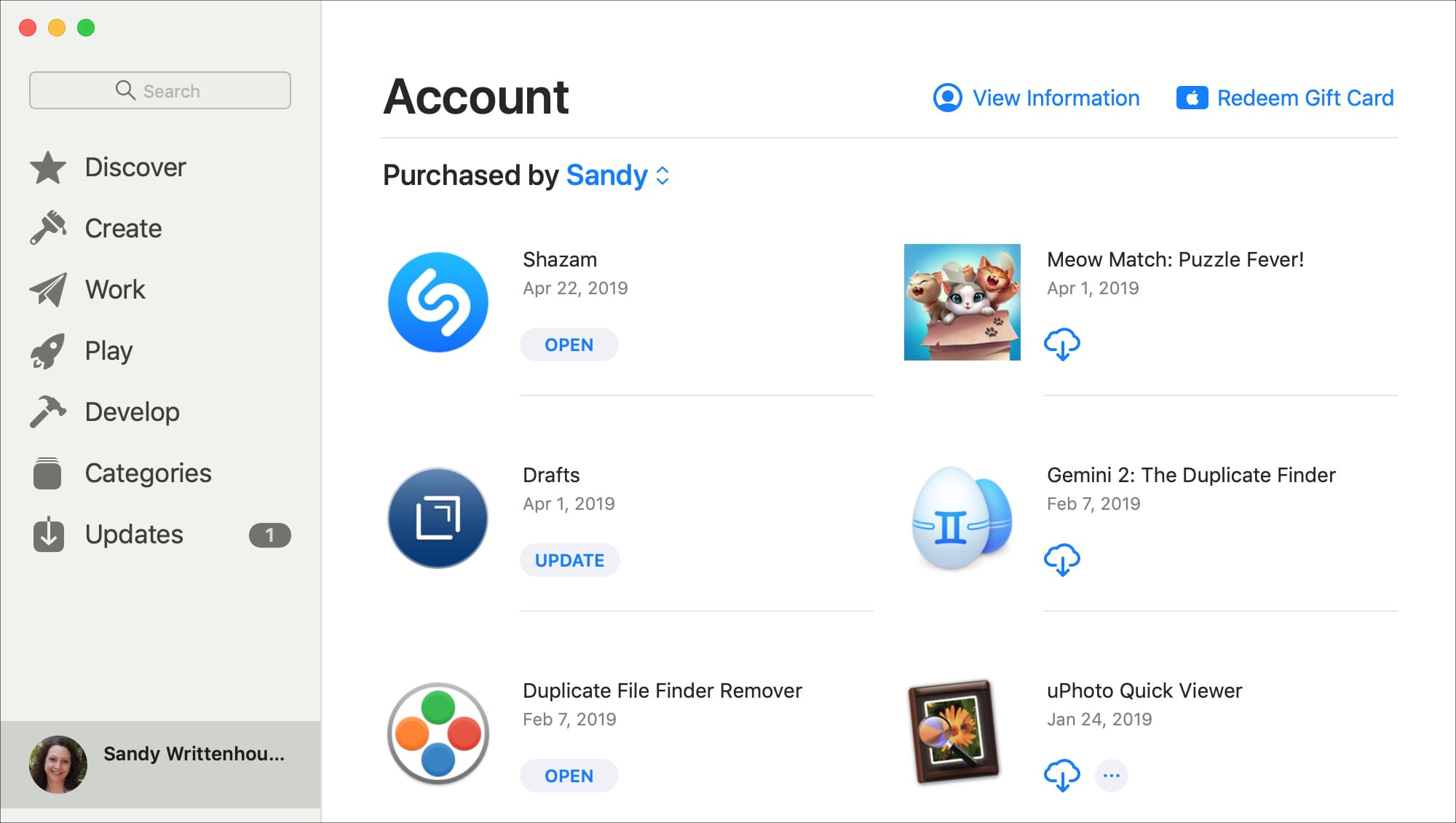 Apple can remove apps from your download history in the Mac App Store at any time if they choose to, so if one of your apps was removed from the Mac App Store, it’s possible it might not show in this history.

The ability to view your download history from the Mac App Store is a nice feature that is often under-used. Most people never give apps a second chance once the apps has failed the person once, but for those that want to put an app away for a while until it matures and know they’ll forget the app’s name by the time it does mature, this is a good feature to use.

If you found this tutorial helpful, leave us a comment below.