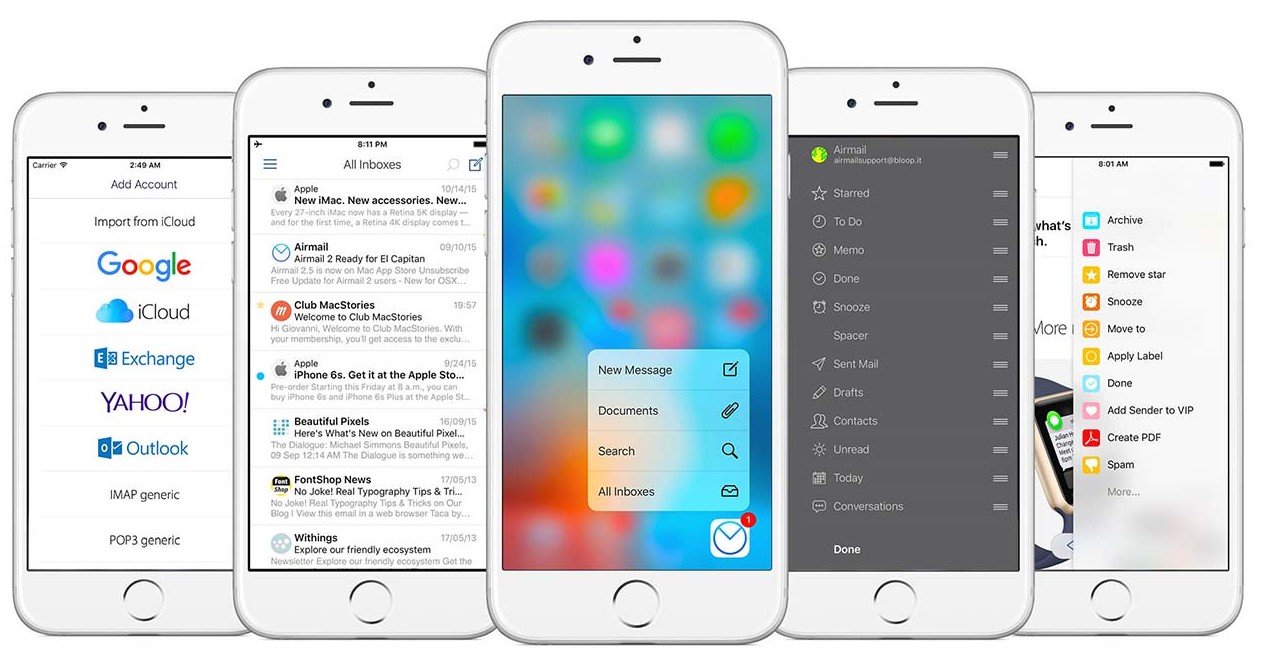 Airmail, the popular desktop email client for the Mac, is now available for the iPhone and iPod touch. Lightweight and fast, Airmail by Italy-based developer Bloop packs in a number of advanced features such as support for 3D Touch shortcuts on the iPhone 6s and iPhone 6s Plus, interactive notifications, snooze features, customizable actions and appearance, iCloud sync and much more.

The iPhone edition of Airmail is an advanced email application which syncs settings across all your devices via iCloud Sync, creating an ubiquitous email experience.

The app supports multiple email services via encrypted communication and does not store any messages on Bloop’s servers. It does push notifications for new emails and integrates with Apple’s stock Calendars and Reminders app.

It also has an iOS extension which lets you send content to Airmail from your favorite apps and includes a companion Apple Watch app with a glance and quick inbox access. “A very specific version for iPad is under private beta,” developers told me via email.

In addition to the new iPhone app, Airmail for Mac was recently updated with several fixes and a lot of new features, including:

The Mac app is fully optimized for OS X Yosemite, has iCloud sync,

The app integrates with a lot of services including Evernote, Calendar, 2Do, Things, Reminders, Omnifocus and more, and supports folders, labels, drag and drop, transfer between accounts and other productivity features.