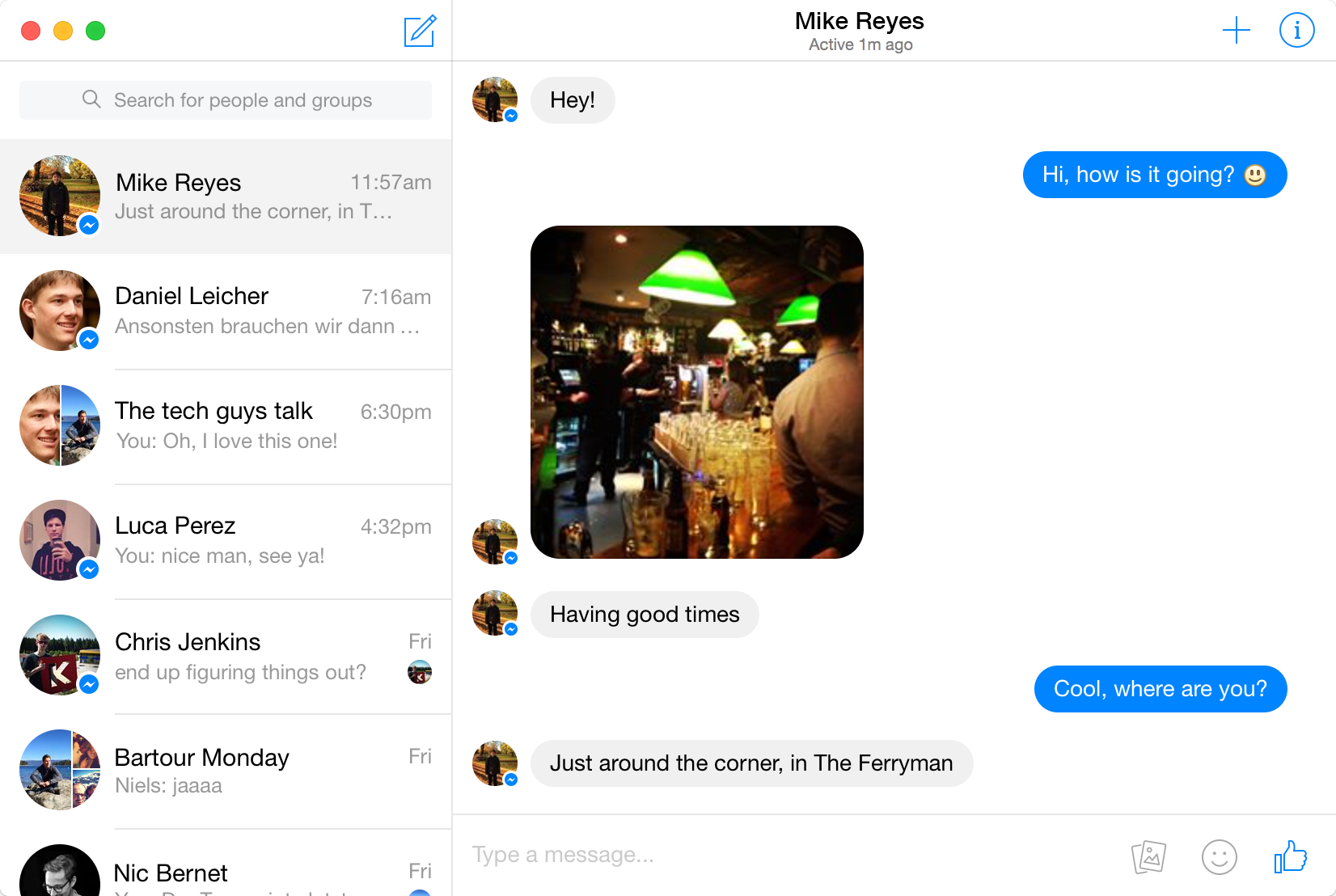 Earlier this week, what appeared to be a leaked photo of Facebook’s future Messenger client for OS X became all the buzz. Facebook may finally be in the works of developing a client for Apple’s Mac platform that works just like the mobile app on iOS, allowing users to stay connected with their friends and family right from their desktop without having to have all the distractions of the full web site open in a web browser.

But that’s not to say you have to wait until Facebook is good and ready to release such an app to start using such an app on your Mac.

Getting the Messenger client on OS X

There’s no official client for OS X just yet, but there are some really good third-party apps that you can use right now. One of the best out there is called Goofy – it’s open source and it’s completely free to download. Best of all, it’s probably pretty close to what you can expect Facebook to release if they ever do launch an OS X client for Messenger.

After installing and launching the app, you’re simply asked to log into Facebook with your username and password. After logging in, you’ll suddenly see a very familiar interface that has your conversation list on the left and your message thread for your current conversation on the right.

The app is essentially a modified version of the web app for Messenger that has been prettied up with some native OS X code. This gives it an OS X-like user interface. Because it’s Facebook’s own web app that you’re using, you get all the features you would get from using the web app, like group conversations, profile pictures, stickers, message searching, and more.

Why you’d want it

One of the questions you may be asking yourself is why you would want yet another app to be running on your desktop when you can simply perform these tasks in a web browser.

One of the easiest answers I can give you is that you’ll get more features out of the Goofy Messenger client than you would in a web browser because the native code behind it gives you the ability to have push notifications sent to your desktop and they’re fully interactive, allowing you to respond right from the notification. These notifications even integrate with Notification Center on your Mac.

What’s more is the uncluttered interface lets you focus more on just your Messenger experience without the urge to launch more web sites or peruse your Facebook news feed, and with the new features in OS X El Capitan, you can take advantage of Split View multitasking while doing other things on your Mac with other apps.

After trying the Goofy Messenger client myself, I was happy to see exactly what I wanted – a responsive interface that allowed me to keep in touch with my friends and family. I’ve tried a few alternatives from the Mac App Store in the past, and I’ve either hated how laggy they were, or didn’t like the user interface.

I’d have to say that for a completely free download, Goofy is the best OS X Messenger clients I’ve tried so far. Do you agree? – Share in the comments below!