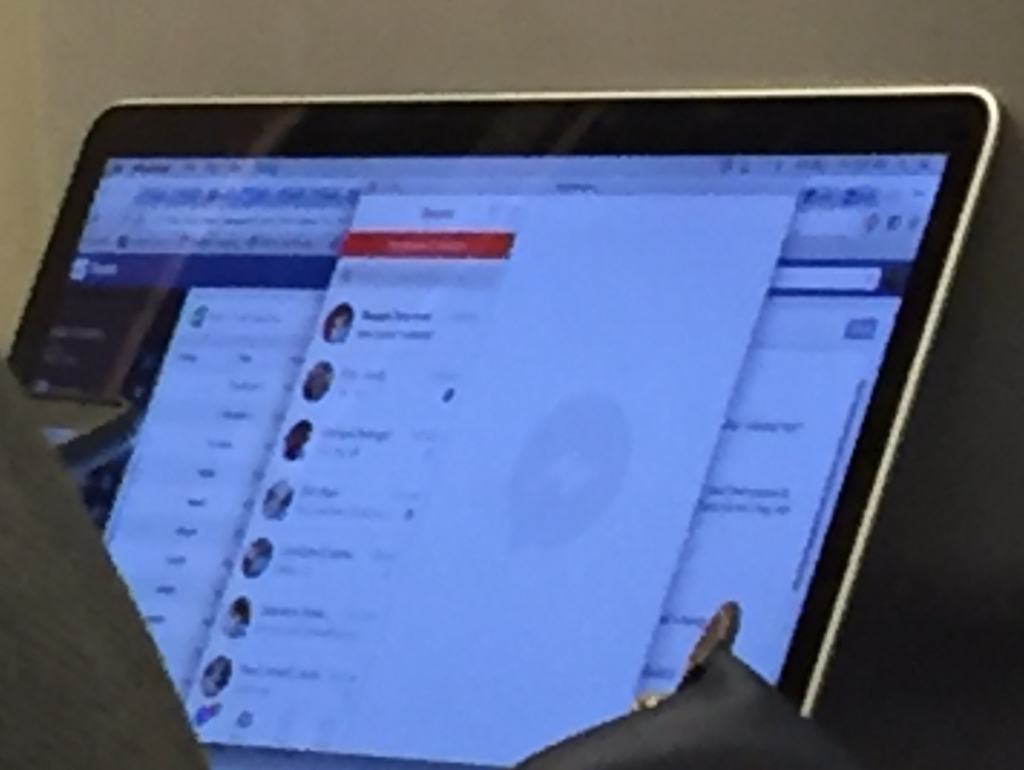 Facebook may be bringing its popular messaging app to the desktop, according to a blurry photo obtained by TechCrunch which appears to show a native application being tested on a Mac notebook by an employee.

Facebook currently provides the Messenger app for a number of mobile platforms, in addition to a dedicated web interface at messenger.com and built-in messaging functionality available through its desktop UI at facebook.com.

“TechCrunch has obtained photographic evidence and an eyewitness report that Facebook has built an as-yet-unreleased Facebook Messenger For Mac desktop app,” reads the report.

The blurry photo top of post apparently shows a Facebook employee using the pre-release software. The app reportedly includes Messenger branding in both the app icon in the Dock and in the menu bar. There’s also a navigation tab bar in the bottom left that matches options in the official iOS app, such as Recent, Groups, People and Settings.

I, for one, would love to use the official Messenger app on my Mac. When I’m on a computer, I prefer not to reach out for my iPhone just to send messages to people.

Apple’s Messages app is available on the Mac, as is Viber which provides a desktop app. With a native Messenger app, Mac users should experience much smoother performance that doesn’t require a browser. On top of that, a native Mac app should be a good citizen on OS X and support features like Split View multitasking, native full-screen support, Notification Center integration and more.

How do you feel about this rumored Messenger for Mac app? Is this something that you envision using on your Mac on a regular basis?