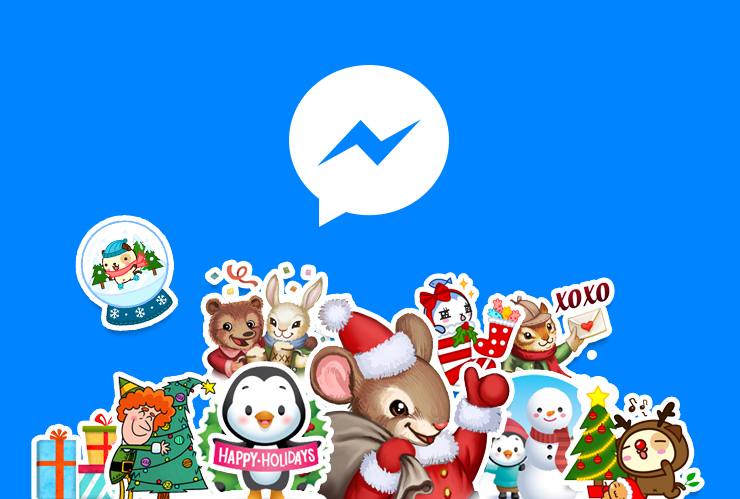 Less than twenty-four hours after rolling out Uber integration within Messenger, Facebook today announced a brand new update that enables per-chat customization and other enhancements for the popular messaging platform.

And as promised, the application now provides the Photo Magic feature to users in more countries following its recent soft-launch on Android in Australia.

Billed as an easier way to privately share photos with friends, Photo Magic taps into Facebook’s advanced face recognition algorithm to automatically recognize people in your photos, offering to share them via Messenger.

With more than 9.5 billion photos sent through Messenger each month alone, Facebook is looking to reduce friction in sending the photos you take to those who are in them.

Here’s how Photo Magic works: after taking a picture of your friend or a group of people using the Messenger’s built-in camera, the app will immediately offer to optionally send it to those who are in the shot via a group thread.

“Photo Magic will help you keep your promise to send the pictures you take without forgetting, or worse, leaving someone out,” said the firm. Of course, Photo Magic lets you share photos privately as well. The feature can be turned on and off in Messenger’s Settings menu. Additionally, you can elect not to be recognized in your friends’ photos in the timeline and tagging section of your Facebook settings.

Who would have thought that Messenger would become way more customized? Now you can customize your conversations with different people and groups on a per-chat basis using different colors, emoji and nicknames. 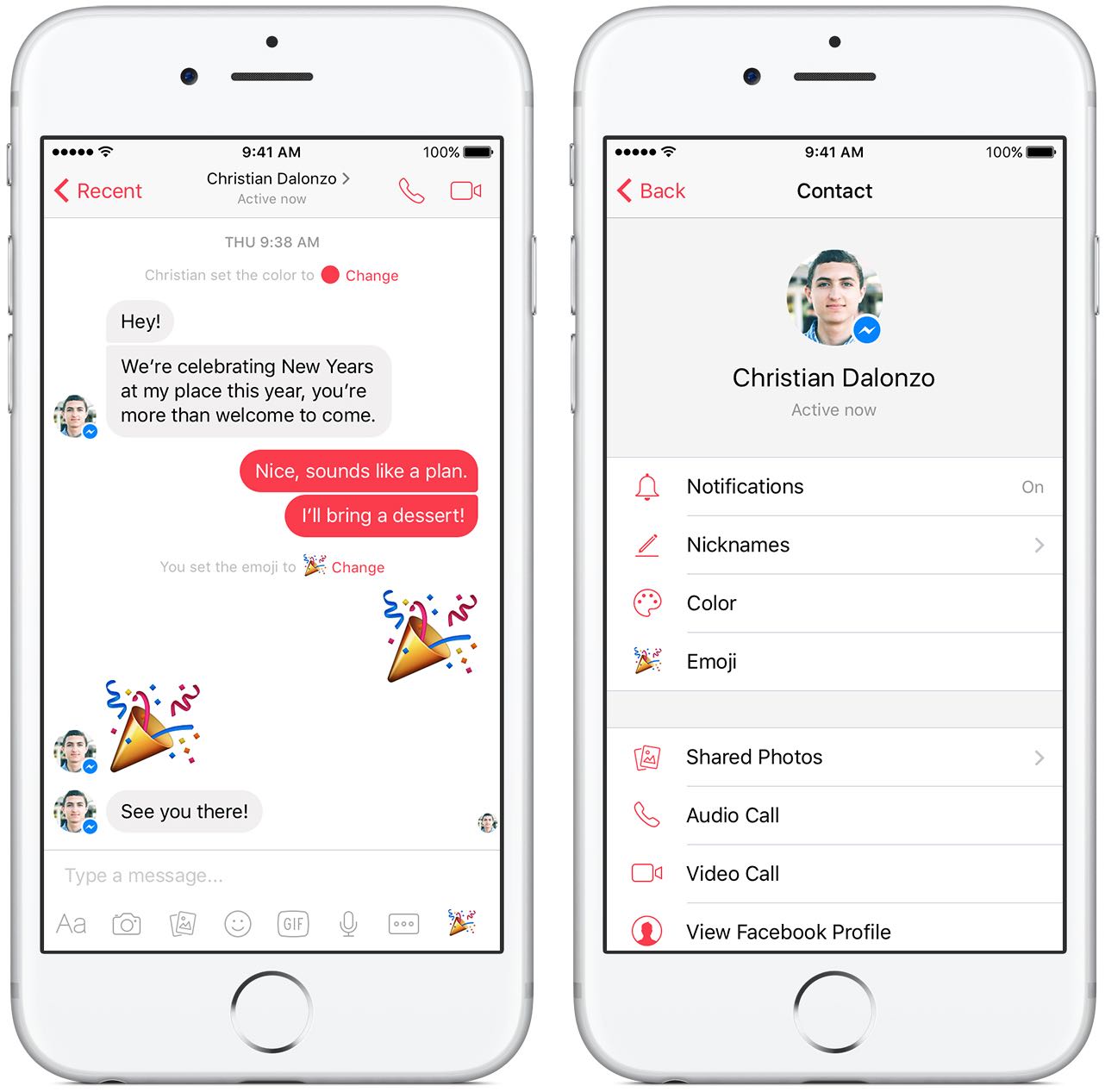 To get started, just hit people’s names at the top of your chat. You can adjust the color for the group thread, update people names or change the emoji response. Chat participants will instantly see your changes, and vice versa, as anyone in the conversation can customize the chat. 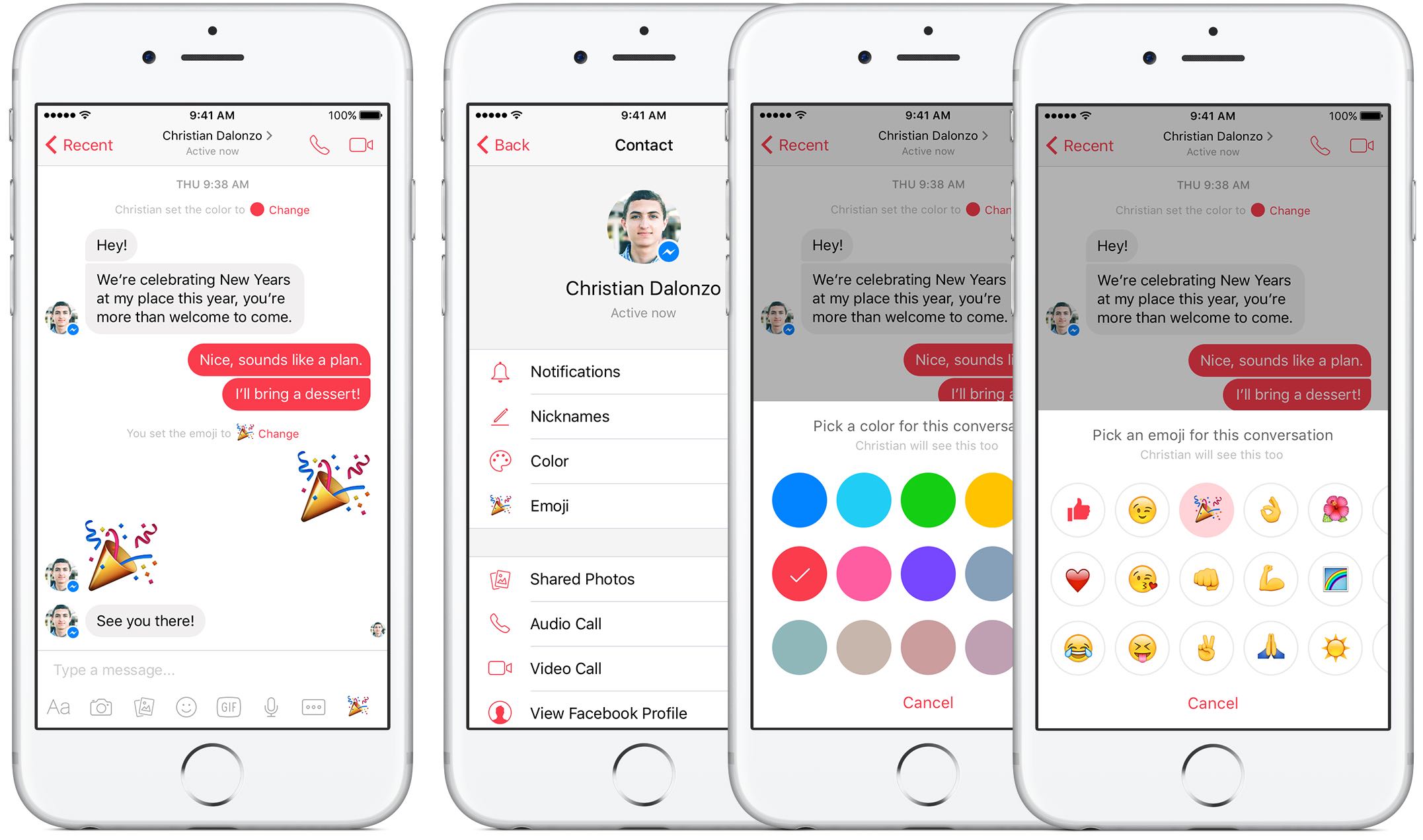 To show everyone that you’re in festive mood, Messenger will now show snowflakes falling across the screen when you send or receive winter-related emojis and stickers.

And for a limited time this season, Android users will notice that their friends’ chat heads will appear as winter wonderlands before becoming confetti-filled to celebrate New Year.

There are also some new sticker packs to choose from: Frozen and Star Wars. As part of last week’s update, Messenger now supports 3D Touch shortcuts on the Home screen on the iPhone 6s and iPhone 6s Plus.

Messenger requires an iPhone, iPod touch or iPad with iOS 7.0 or later and offers a native app for the Apple Watch with the ability to send your location and reply to messages with dictation, voice messages and stickers.