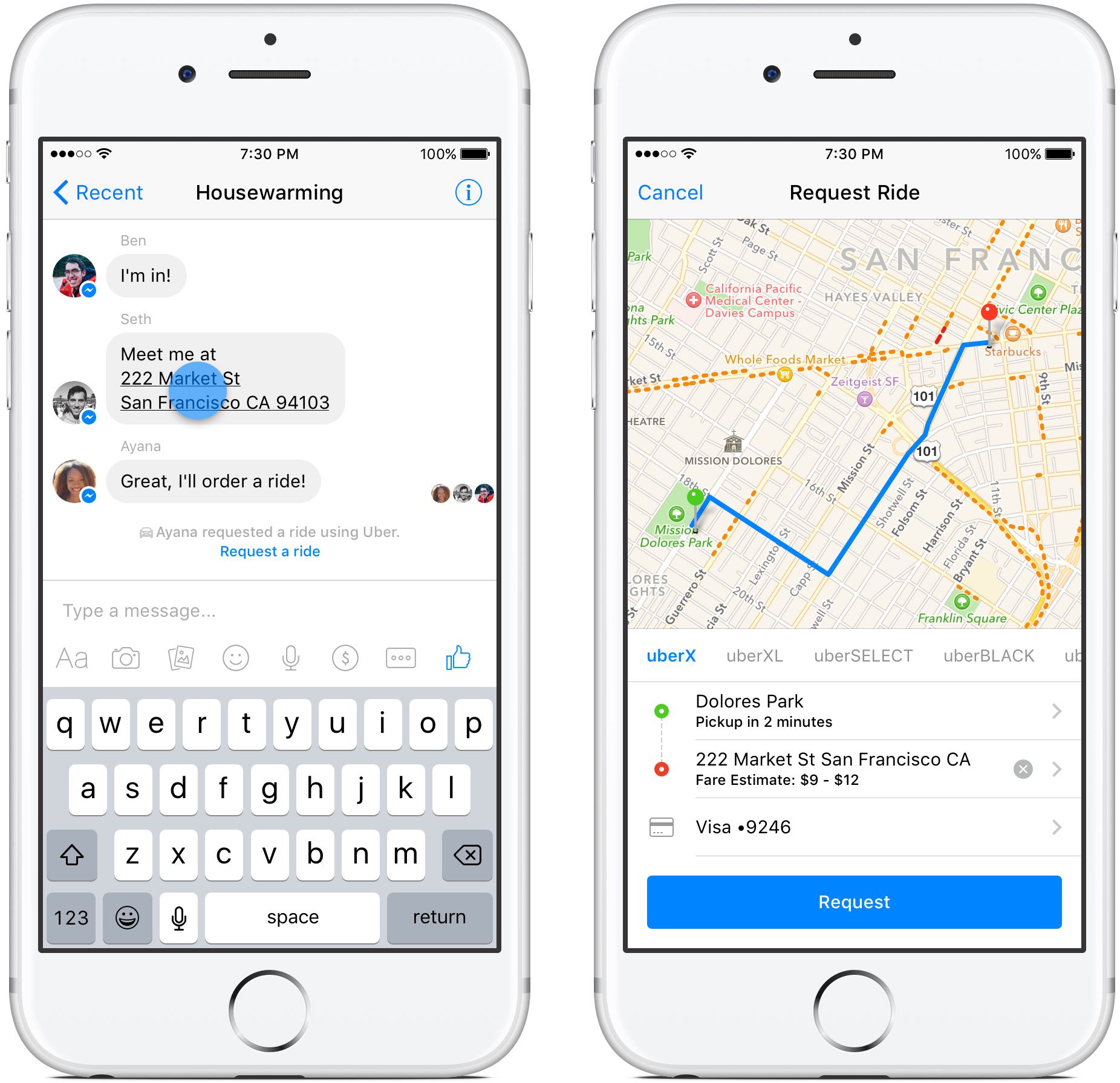 Uber, the popular ride-sharing service, is now available through Facebook Messenger. Yup, you read that right—you can now call an Uber and request a ride within Facebook’s mobile Messenger application.

As announced on Wednesday, the new Transportation feature permits users of the Facebook Messenger app in the United States to request a ride from Uber, without ever needing to download the Uber app or leave a conversation.

Simply download the latest version of Messenger from the App Store and tap the More menu from within a conversation and select the Transportation option. A grey status message in the app lets you know that you’ve successfully called a ride. 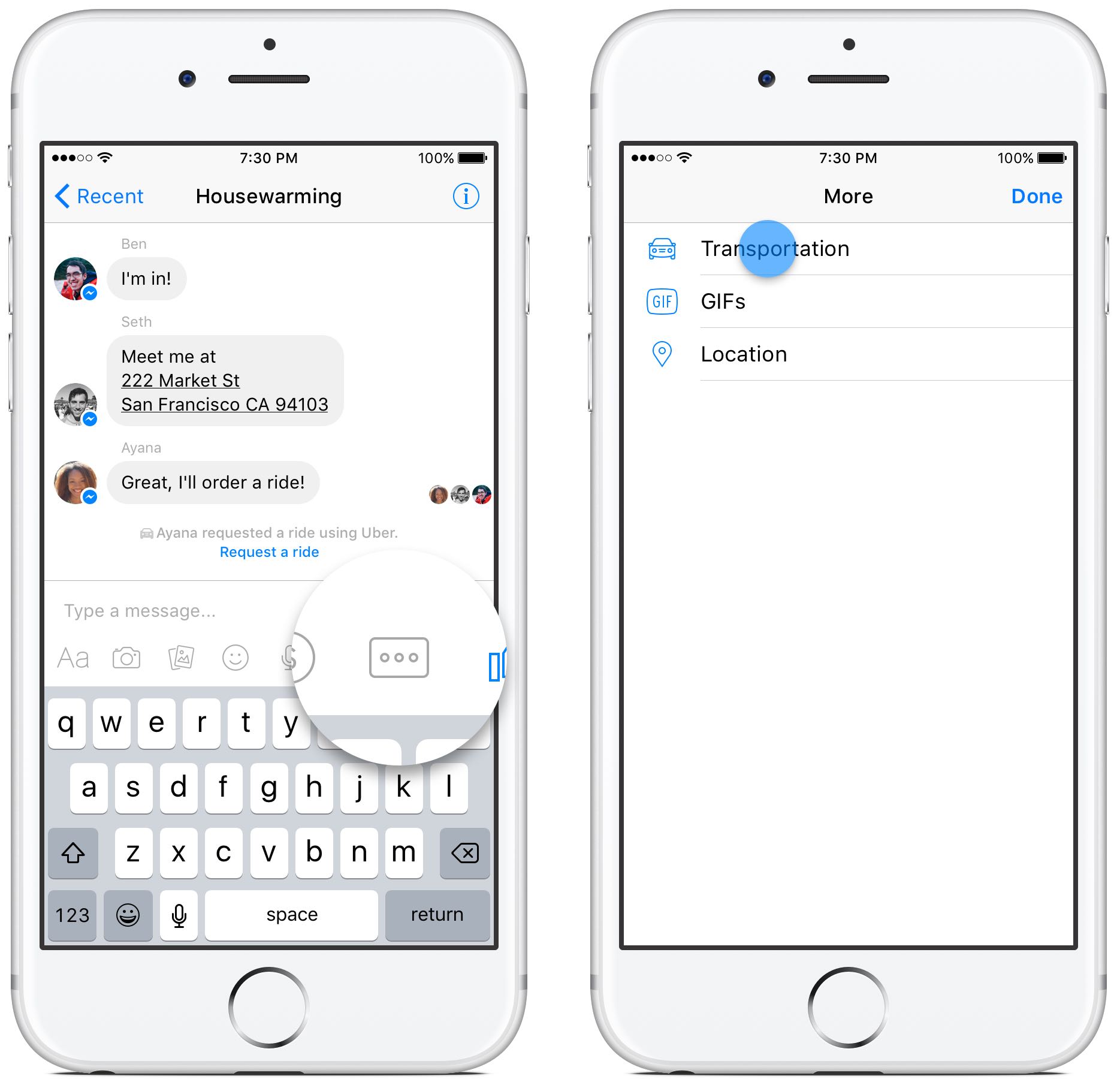 Alternatively, search directly for Uber and tap the car icon to request a ride. Driver status updates from Uber, as well as payment receipts, will get delivered to a private conversation between you and Uber within Messenger.

“With everything in one place, you can seamlessly keep track of your ride and payment history,” reads the feature’s description.

Wired adds that users in a group chat will be notified that you’ve ordered a ride. Optionally, you can even share a map of your ride location with friends or coworkers.

Addresses that other people send you in chats can also serve as a starting point for requesting a ride from Uber—just tap on an address. According to Uber itself, the more you use the feature, the better placing it will get on the Messenger menu.

If you live in the United States, Facebook and Uber will treat you to a free ride (up to $20 value) for a limited time the first time you use Uber integration. And with optional sharing of your Uber payment information with Facebook, paying for your fares within Messenger couldn’t be simpler.

This service is currently in testing and will be available to select users in the locations where Uber operates in the United States, including San Francisco, Boston, Houston, Los Angeles and Miami.

More countries and other transportation partners will be available at a later stage, ahead of an international rollout. Within a week, the feature should be available everywhere else in the United States that Uber operates.