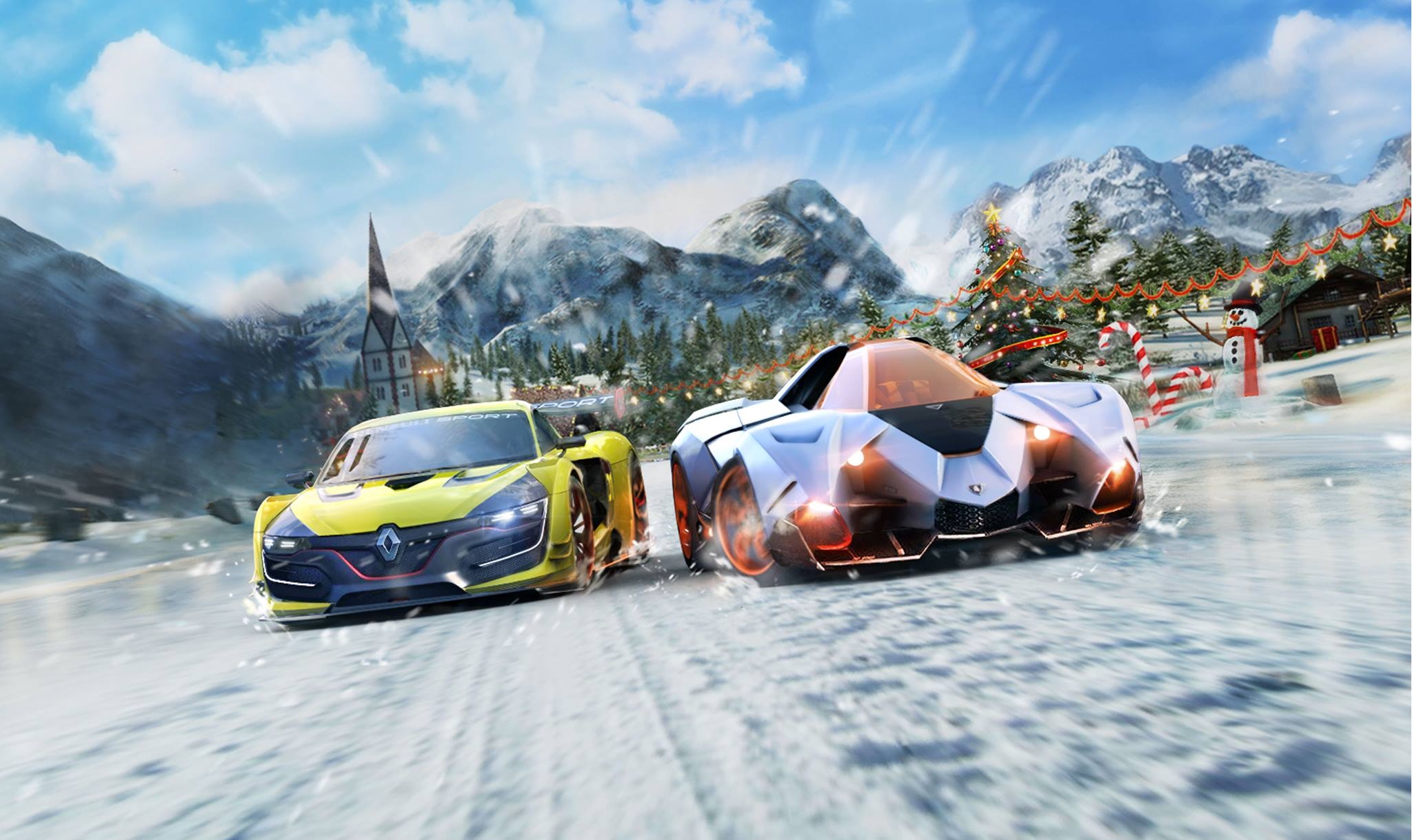 Gameloft’s super-popular arcade racing title, Asphalt 8: Airborne, has received a major holiday-themed update in the App Store today, bringing out tons of new content. For the first time ever, the Lamborghini Egoista makes an appearance, not just in Asphalt but in any video game for that matter. You can unlock this amazing car, as well as the exclusive McLaren 570, Mercedes SLK 5 and more, in the new racing events starting December 18.

The new Area 51 track lets you race your friends in “the world’s most top-secret racing facility” and across three new winter-themed tracks. There’s a new tag racing mode that provides the opportunity to experience the thrill of racing with three different cars in a single race, and many other perks in this update (hint: 3D touch) to Gameloft’s freemium racing title.

Asphalt 8: Airborne requires an iPhone, iPod touch or iPad with iOS 6.1.6 or later. The game is also available on the fourth-generation Apple TV and provides a simple app for the Apple Watch to stay on top on the latest news about the in-game events, challenges and more.

Grab Asphalt 8: Airborne at no charge in the App Store.