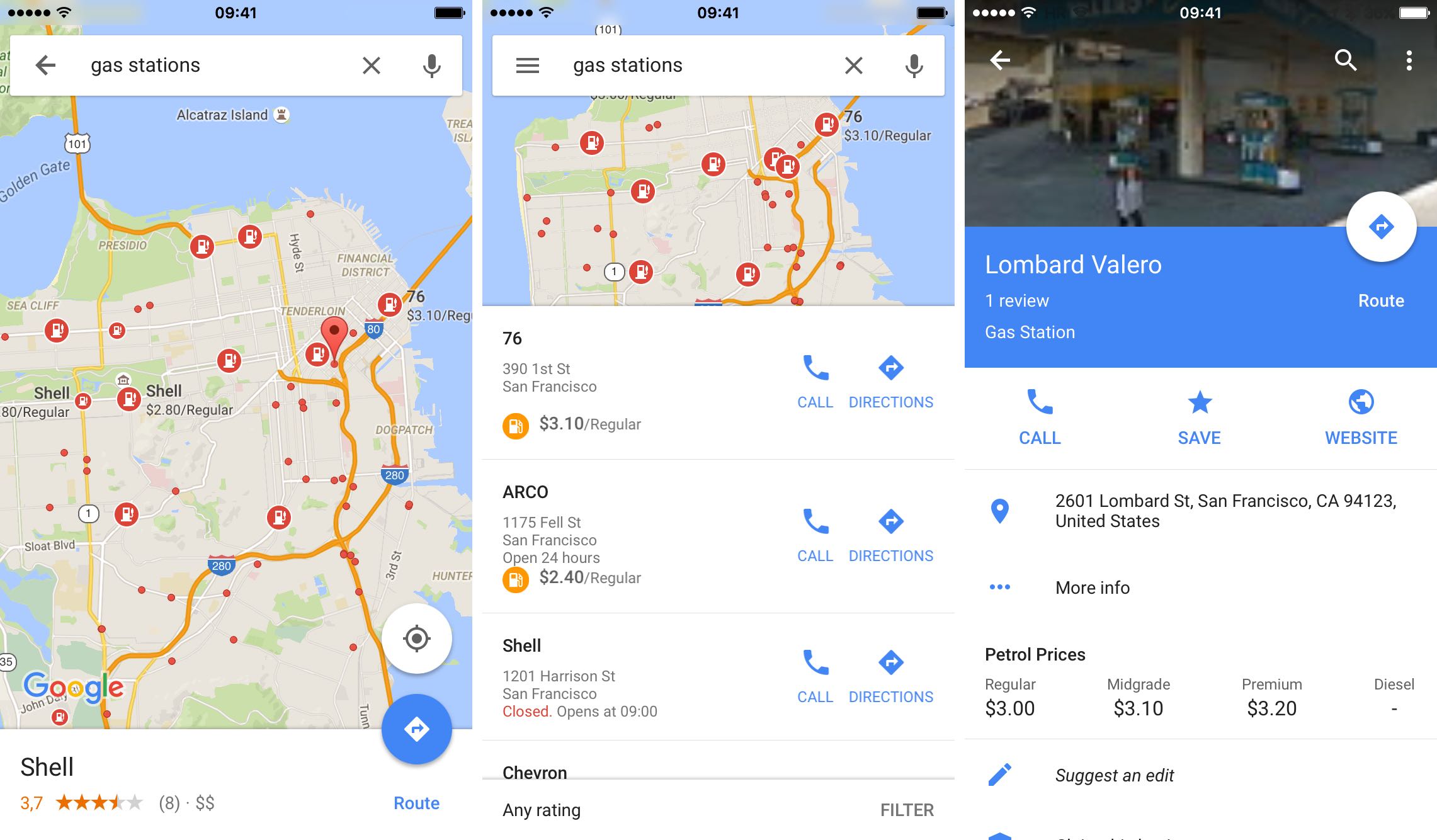 Google today updated its native Maps application for the iPhone, iPod touch and iPad, adding two nice-to-have features: gas prices in the United States and Canada and business hours for millions of points of interest around the world. Now when searching for gas stations in the US and Canada, the application will display up-to-date gas prices so you can better decide between the nearest gas stations and those that potentially offer the lowest prices of gas.

To check out the prices of petrol, launch the new Google Maps 4.13 or later and type ‘gas stations’ into the search field to bring up a list of nearby gas stations. You can also broaden your search with queries like ‘San Francisco gas stations.’

Then tap on the gas station icon on the map and the price of regular gas should be shown on the map. Or, just tap on the place information bar at the bottom of the screen and see your petrol prices in the place detail overlay.

In addition to gas prices, this edition of Google Maps includes bug fixes and lets you see popular times at more than a million businesses around the world. For instance, search for ‘apple store new york’ and you’ll instantly get a list of Apple Stores in New York City with their respective business hours. 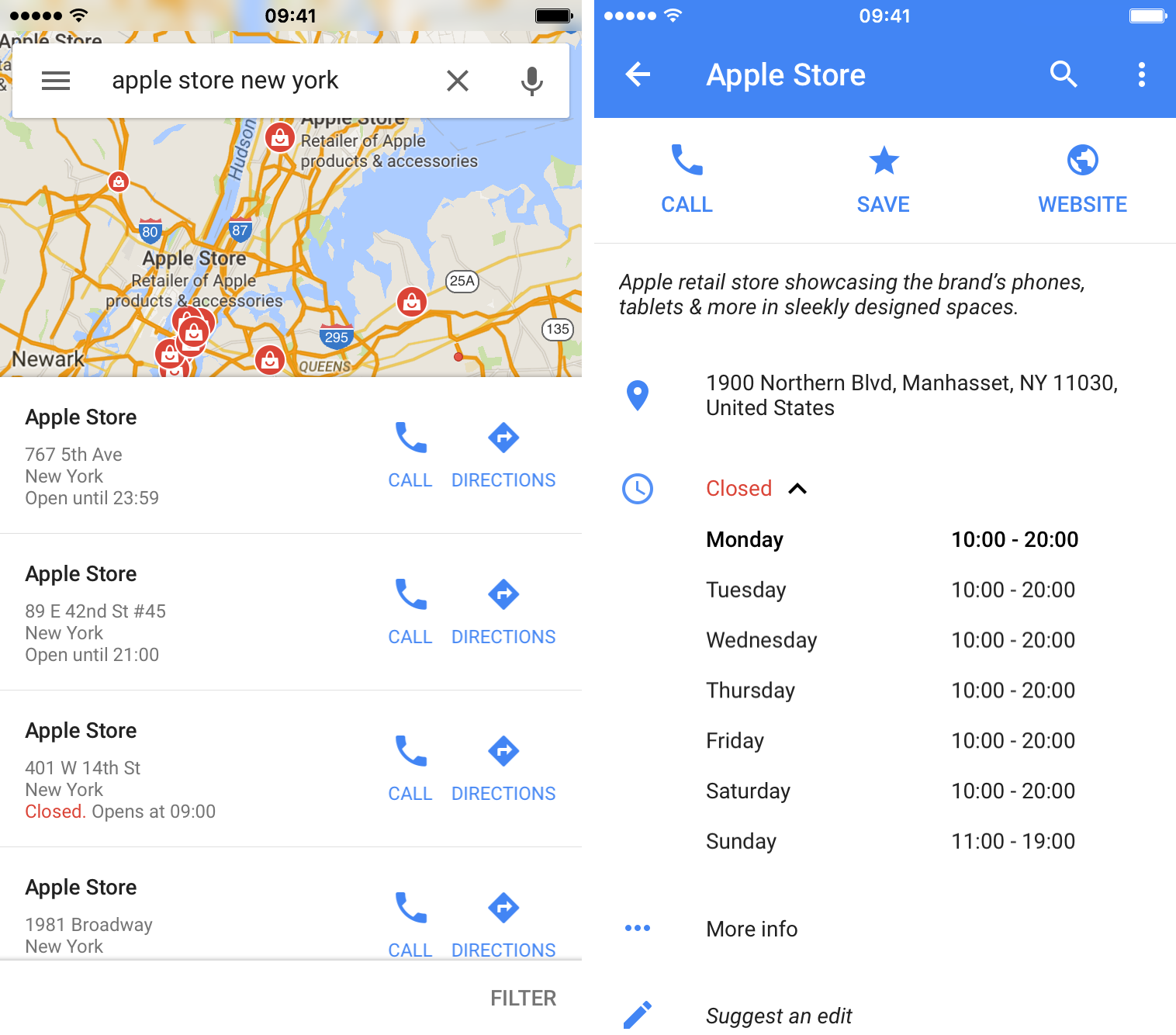 And if you bring up the place detail overview and expand the business hours field, you’ll get a complete overview of its business hours for each day. This greatly simplifies shopping as you can see, for example, when your nearest Walmart opens its doors to customers, or when your favorite Apple Store closes.

Google Maps requires an iPhone, iPod touch or iPad with iOS 7.0 or later.

Google Maps also includes a nicely done app for your Apple Watch with navigation, recent routes and other features.

You can download Google Maps at no charge in the App Store.