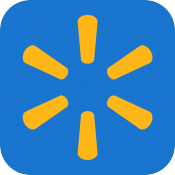 Best Buy, Target, and now…Walmart. Apple Watch is pretty much ubiquitous these days when it comes to American retail stores, and the addition of Walmart as an official retailer is just icing on the cake.

Granted, Apple Watch sales at Walmart are quite limited, with only the Sport model being offered, and further limitations have been placed on available colors.

Nonetheless, having the Apple Watch, in any incarnation, is a big deal and a big win for Apple and potential customers. It turns the visibility level of the popular wearable all the way to level 11.

Thus far, those are the only options, as no color band Apple Watch Sport models are being offered. You can, however, purchase an additional band in a variety of colors. Walmart is selling 16 different color bands for $49.00 each. It’s also selling the Apple Watch Magnetic Charging Cable in a variety of lengths.

Even with Walmart’s entry into the game, you’d be better off right now shopping at Target or Best Buy. Best Buy is offering $100 off all Apple Watch models, and Target is peddling $100 gift cards with purchases.