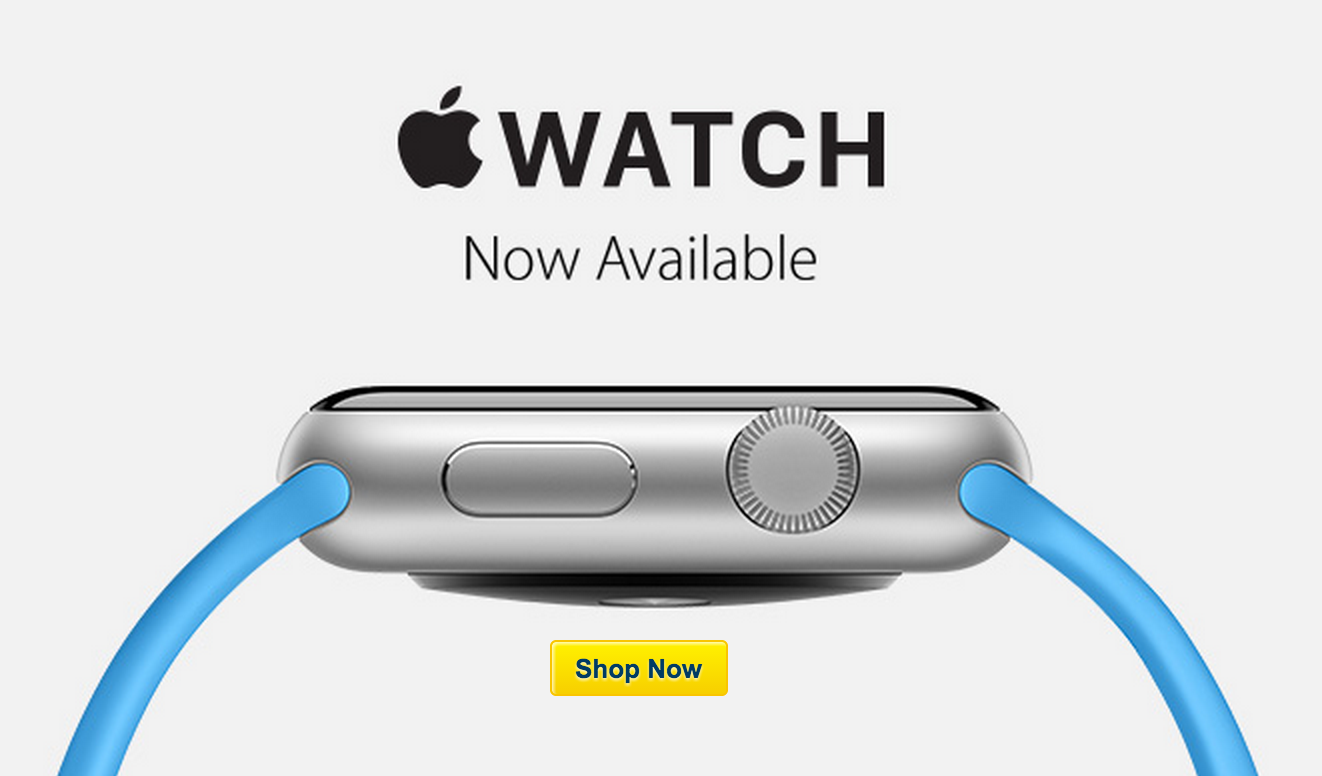 Late last month, it was reported that the Apple Watch would be sold at Best Buy stores in August. Sales were said to start today, August 7.

Just as promised, the Apple Watch is now available for sale at Best Buy. The online sales have already begun, and limited in-store sales will begin as participating Best Buy stores open across the country later this morning.

As noted in the initial report, in-store sales will be a part of a limited roll out to 100 stores. Best Buy is carrying the two initial tiers of Apple Watch—the budget-minded Sport (aluminum) model and the more expensive Apple Watch (stainless steel) model.

Online sales are available as we speak, and for stores that have inventory, you can purchase your Apple Watch now online and schedule an in-store pickup for later this morning. 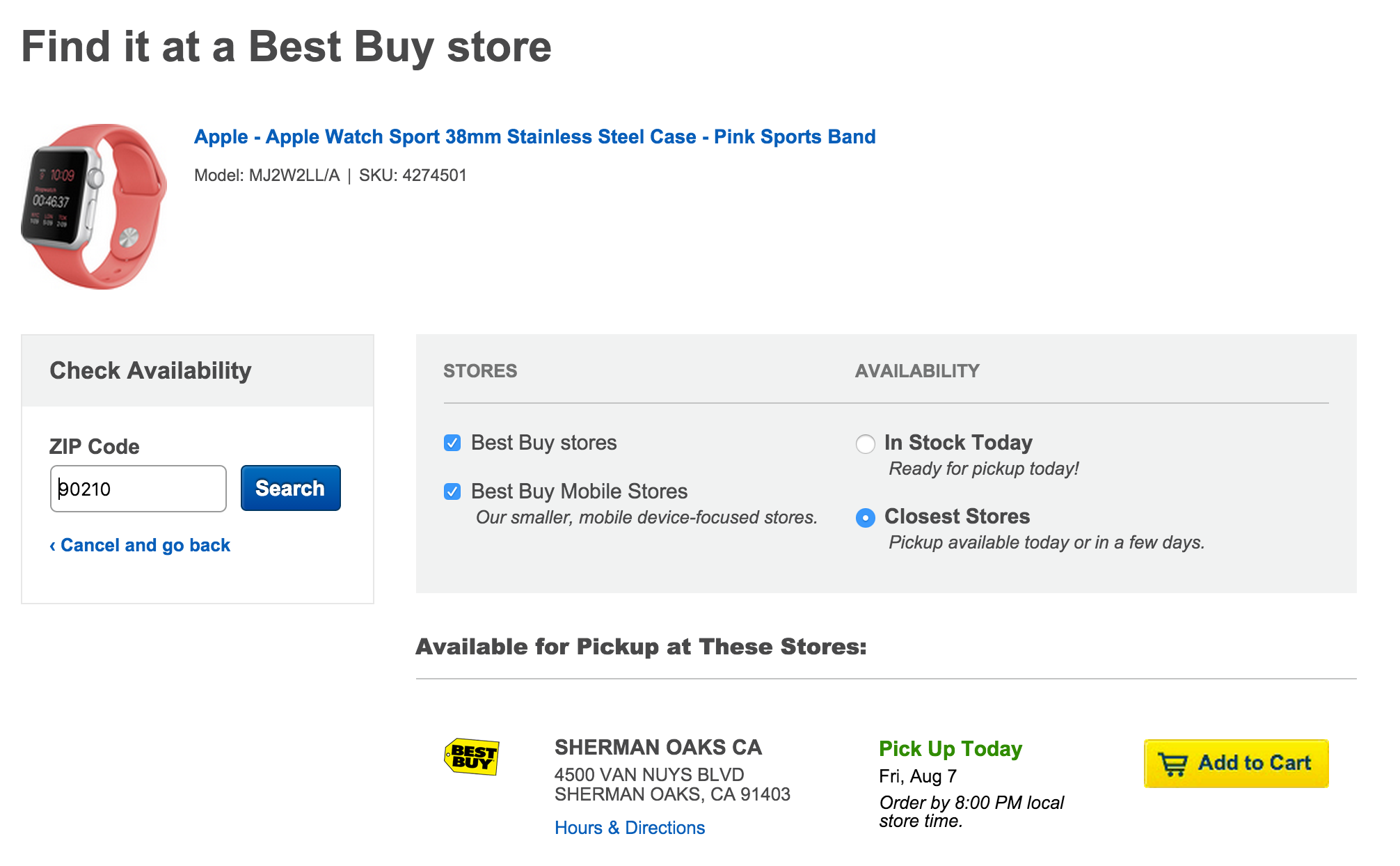 There are several different configurations available for both the Apple Watch and Apple Watch Sport models. Interestingly, only the Sport Band and Milanese Loop are available (bundled with an Apple Watch and for sale individually). The Leather Loop, Classic Buckle, Modern Buckle, and Link Bracelet are all missing in action.

The most expensive Apple Watch that appears at Best Buy stores, at least initially, is the 42mm Stainless Steel Case with Milanese Loop. That particular configuration comes in at $699.99.

Along with the Apple Watch hardware, you can expect to see a whole host of accessories, first party or otherwise, available at launch. In fact, I already see a ton of different accessories from third-party manufactures, including screen protectors, cases, bands, stands, and more. 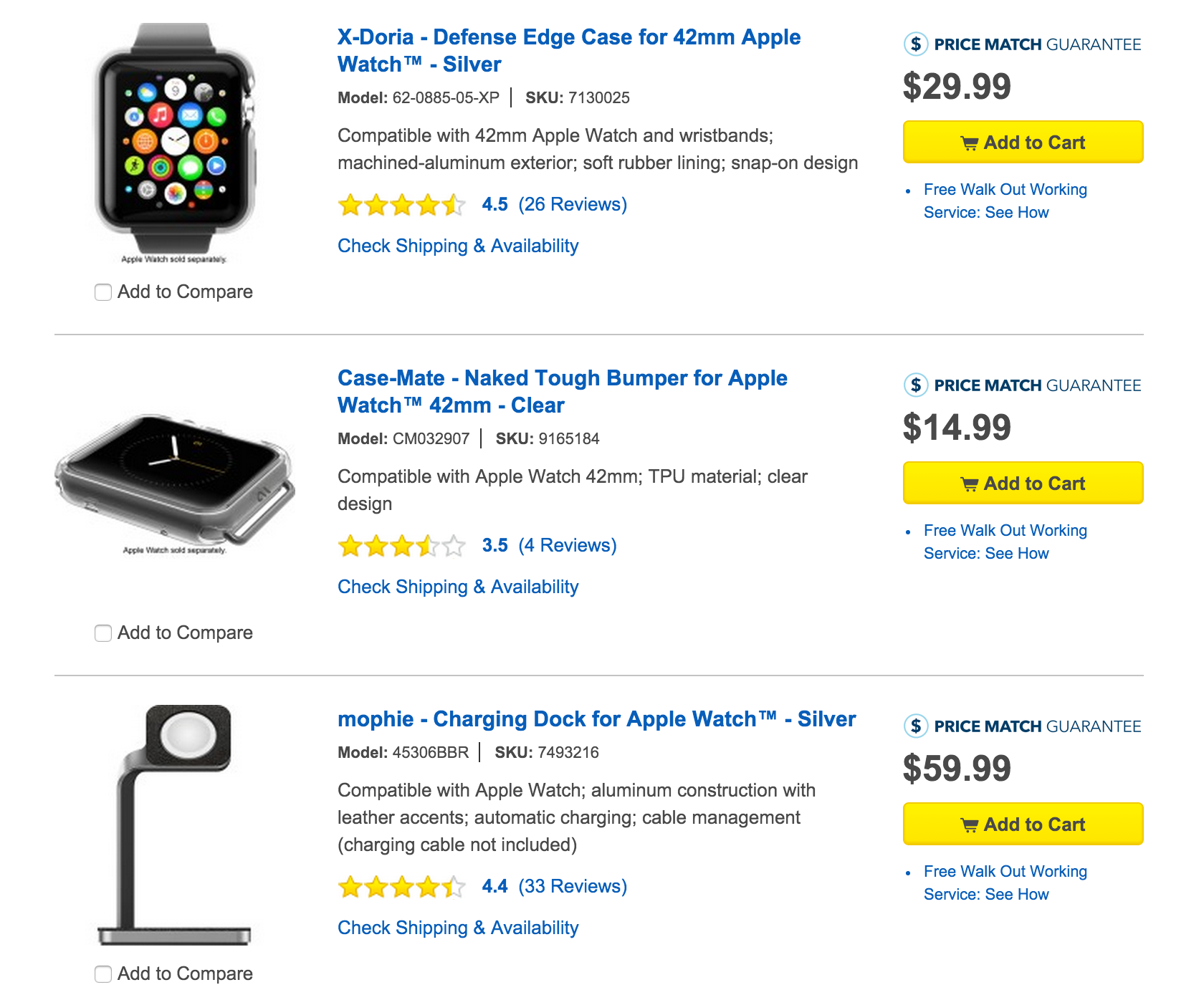 This is the first of two planned Apple Watch rollouts for Best Buy this month. In seven days, on August 14th, Canadian Best Buy stores are scheduled to launch Apple’s wearable.