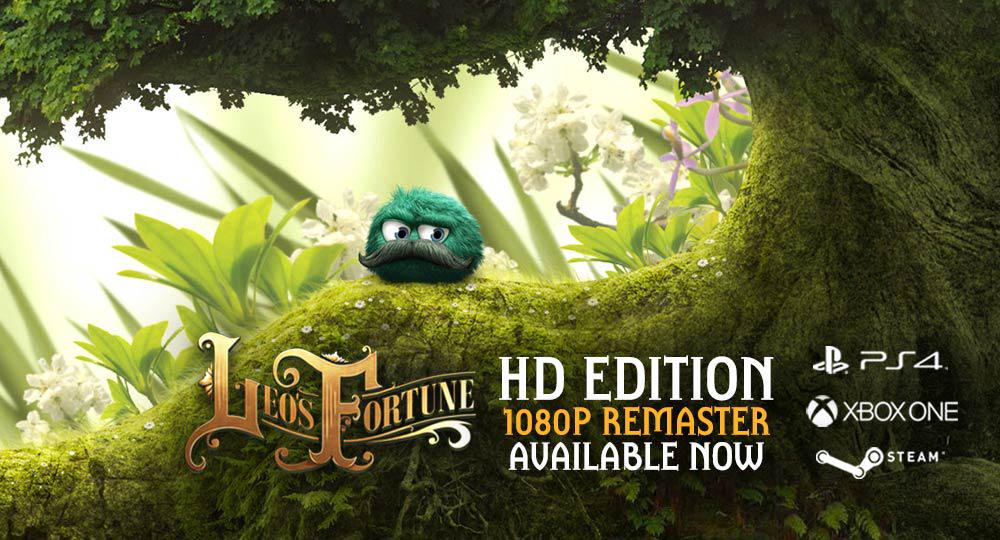 Leo’s Fortune, a gorgeous action platformer with beautiful artwork that debuted on the iPhone, iPod touch and iPad in April of 2014, is now available on the Mac.

A $6.99 download from the Mac App Store, this premium title is free of advertisements and In-App Purchases. Leo’s Fortune has won numerous awards and is one of the best platform games available on any platform.

Our own Lory Gill called it arguably the most gorgeous iOS platformer she has played in a while, writing in her review that fans of platform games should pick up Leo’s Fortune in a heartbeat.

“Leo’s adventure has been remastered in 1080p and the beautiful, handcrafted levels look better than ever,” reads the blurb. The gameplay doesn’t differ much from the iOS edition, but graphics have been remastered for full HD resolution.

And here’s the launch trailer.

The game supports ‘Made for iOS’ (MFi) controllers and has Game Center achievements and leaderboards. Leo’s Fortune challenges you to explore lush environments from mossy forests and arid deserts, to pirate cities and snowy mountains.

There are more than two-dozen levels to explore. Along the way, you will be collecting coins, surviving various traps and solving physics-based puzzles. Those who finish the game will unlock hard-core mode where you basically have to beat the whole game without dying in order to unlock a special prize.

With today’s update, Leo’s Fortune is now available across iOS, OS X, PlayStation 4, Xbox One and on Mac and Windows PCs via Steam.

When I asked the team on Twitter whether an Apple TV version of Leo’s Fortune is in the works, they responded by saying, “We are watching this new platform very closely.”