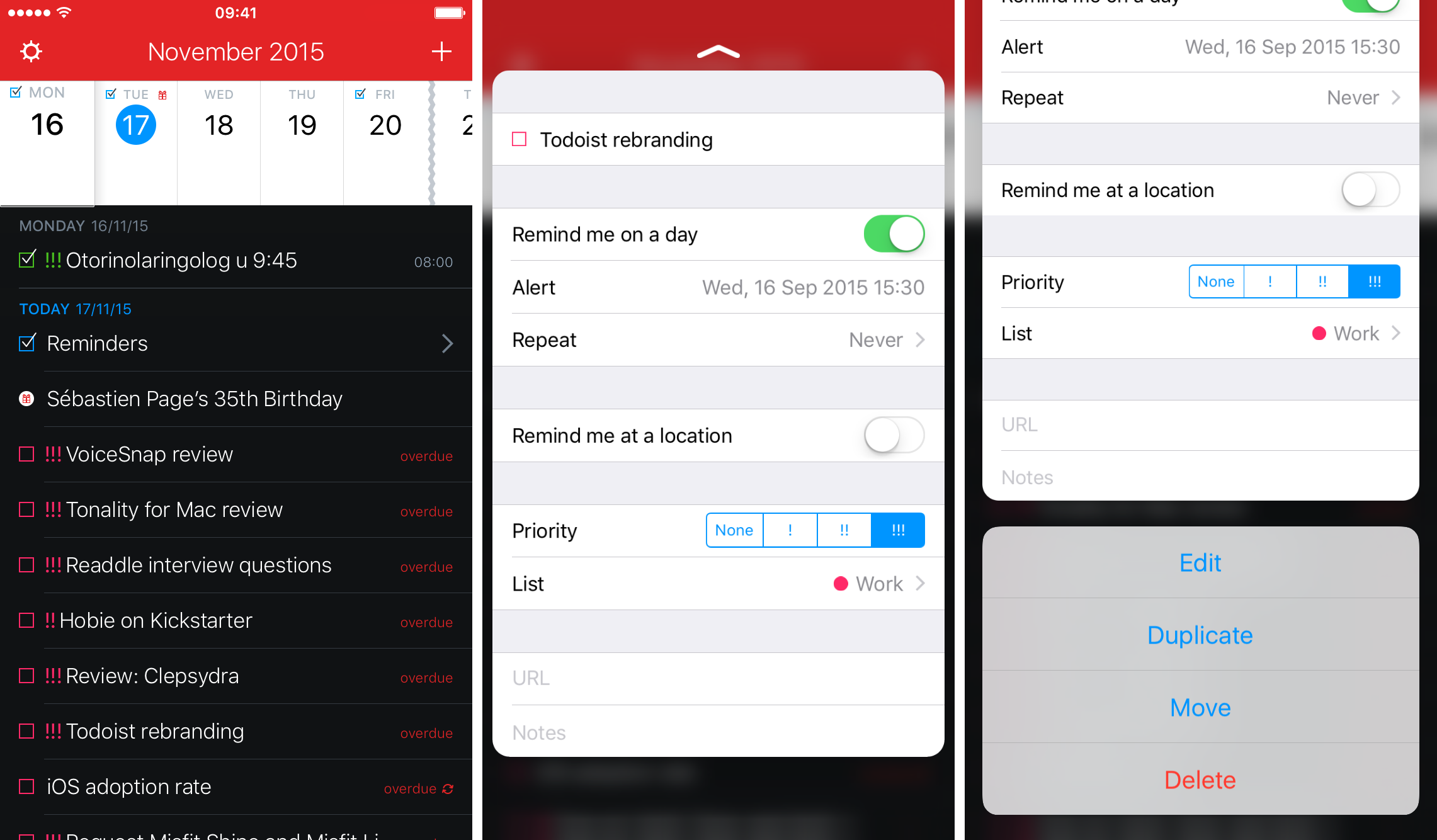 Now iPhone 6s or iPhone 6s Plus owners can use Peek and Pop commands in Fantastical to preview upcoming events and reminders without leaving the main view, or jump straight into them from the preview by pressing the screen a little harder.

Peek and Pop commands in Fantastical’s iPhone edition are limited to your main list of upcoming events and reminders. Press firmly on an item to preview it, and then drag the finger upward to reveal additional options like Edit, Duplicate, Move and Delete.

As shown below, some events have other commands available. For instance, today is Sébastien’s birthday but Peeking that event only reveals the Duplicate option. This is as it should be because that event was automatically added to my birthday calendar based on my Contacts data and cannot be changed or edited manually. 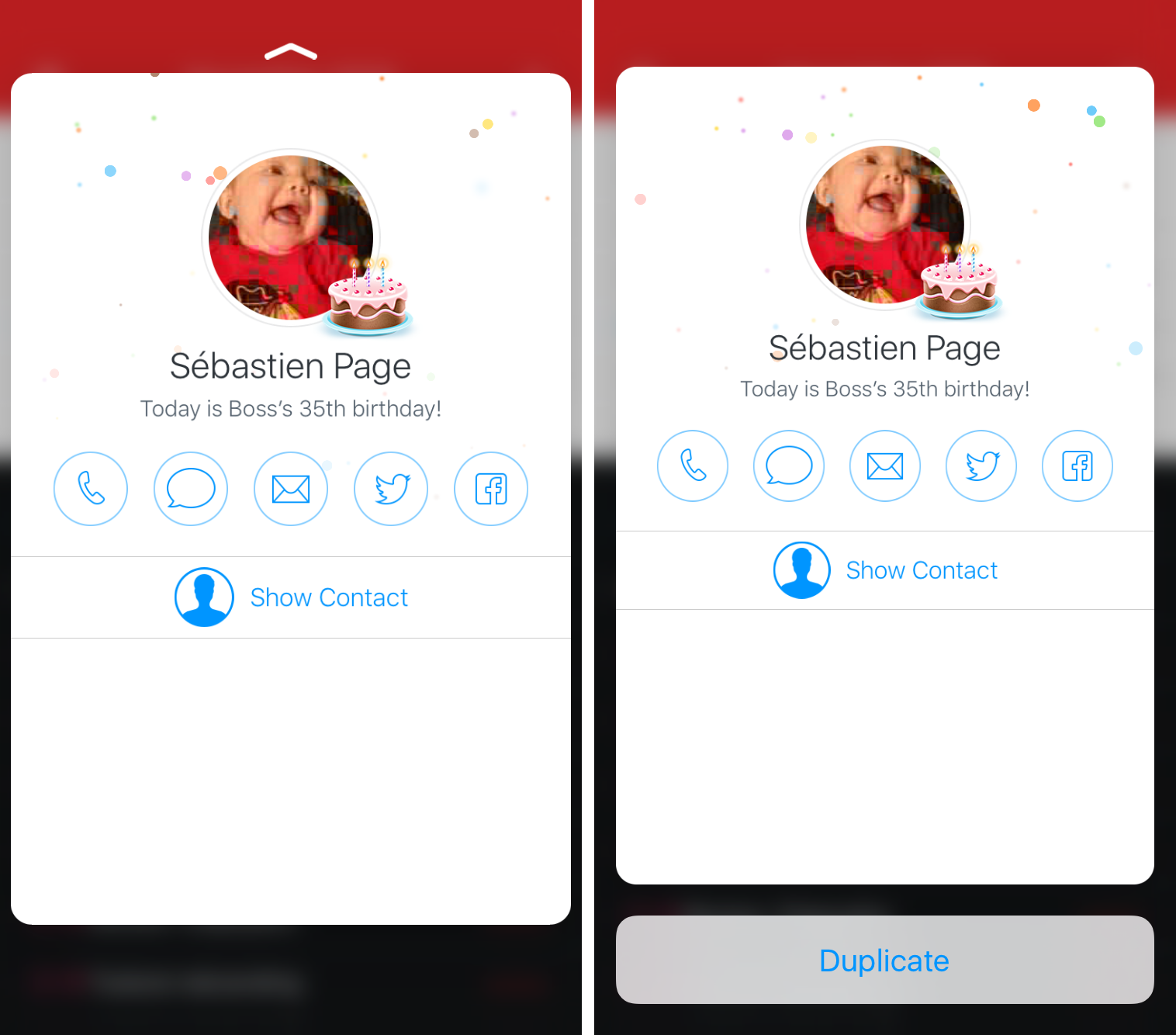 In addition to Peek and Pop, the following bug fixes, refinements and enhancements are now available in Fantastical’s iPhone app:

Fantastical for iPhone requires an iPhone or iPod touch with iOS 7.0 or later and is localized in English, French, German, Italian, Japanese and Spanish.

Fantastical for iPhone is $4.99 in the App Store.