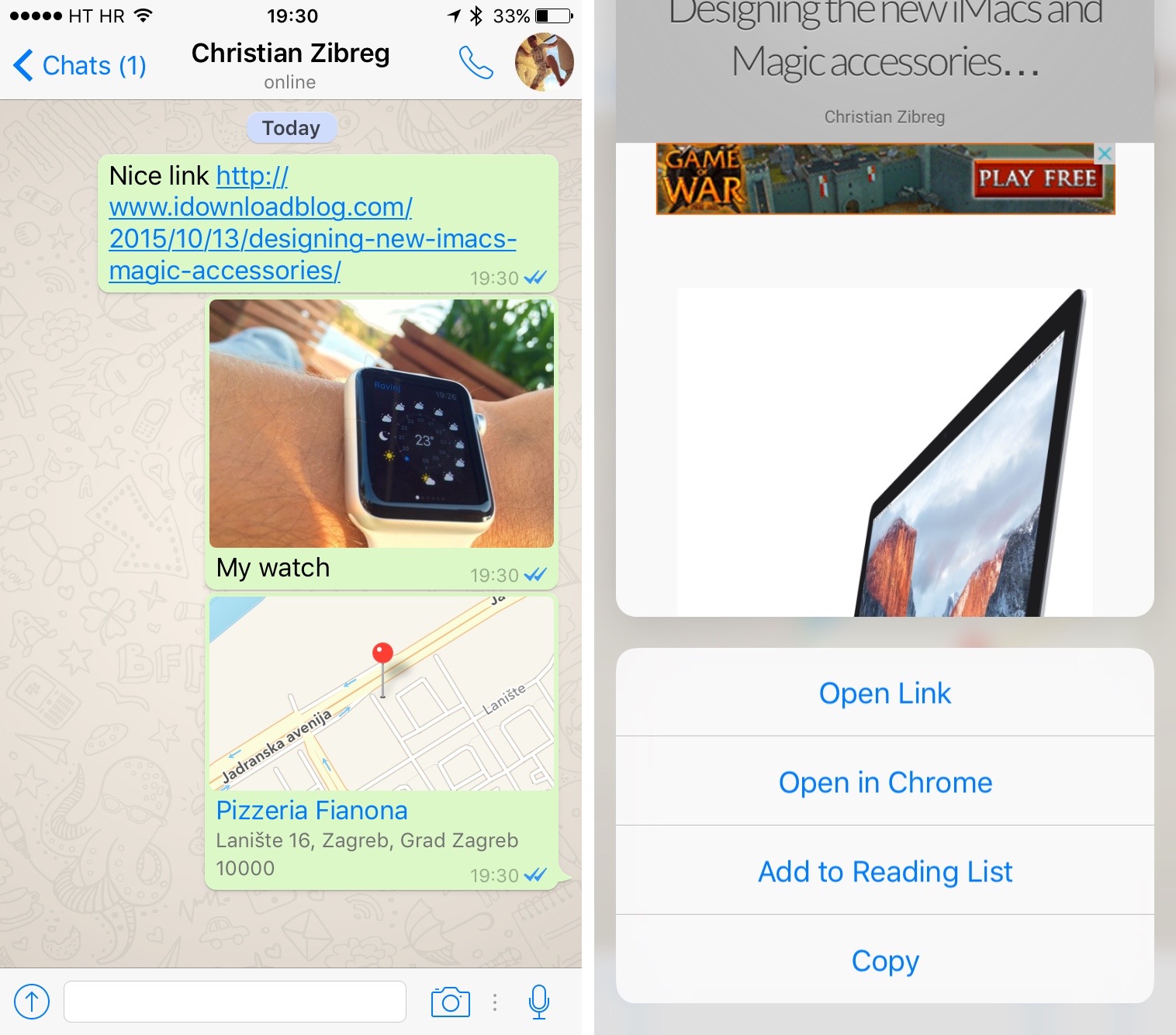 The new WhatsApp 2.2.18 allows you to press in-app content harder to Peek and Pop pictures, videos, links, contacts cards and locations in chats. Home screen shortcuts via 3D Touch are not available yet in this release.

In addition, the app’s interface is now mirrored and optimized for right-to-left languages on iPhones running iOS 9.0 or later.

Unfortunately, you cannot 3D Touch a conversation in the message list to preview its contents nor can you use the Quick Reply function to respond to a message from within its banner notification. 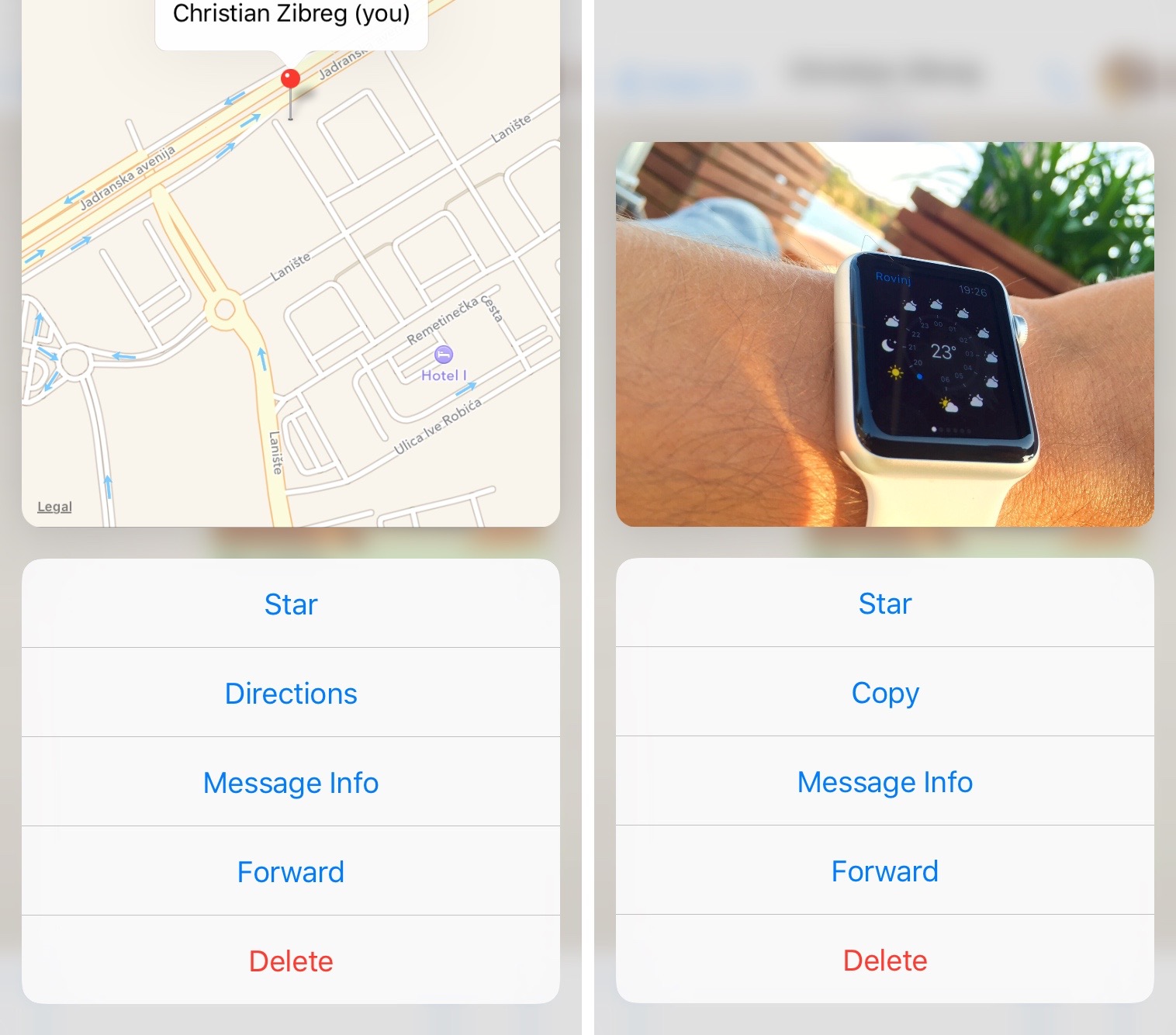 The previous update to WhatsApp has added the ability to star individual messages so it’s easier to find them later.

WhatsApp requires an iPhone with iOS 6.0 or later.

Grab WhatsApp free of charge in the App Store.