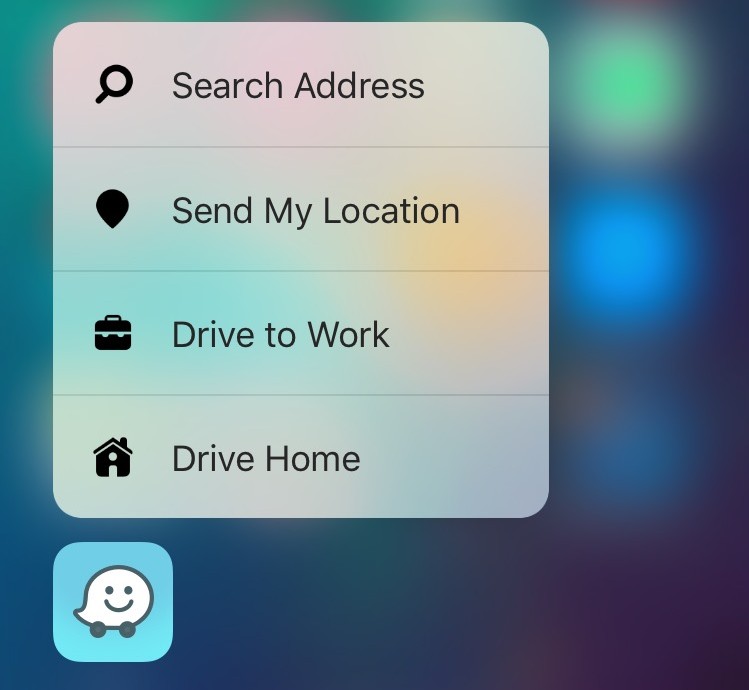 Google-owned social-mapping and traffic service Waze today pushed an update to its iPhone application in the App Store, adding handy shortcuts available upon pressing its Home screen icon on the iPhone 6s and iPhone 6s Plus.

Waze’s 3D Touch shortcuts provide access to popular features like address search, location sharing and turn-by-turn navigation based on your work and home address on file.

As another example, here’s what Apple’s own Maps app offers when you press its Home screen icon lightly. I’m actually using these Maps shortcuts on a regular basis, especially when I want to ensure to remember where I parked my car. 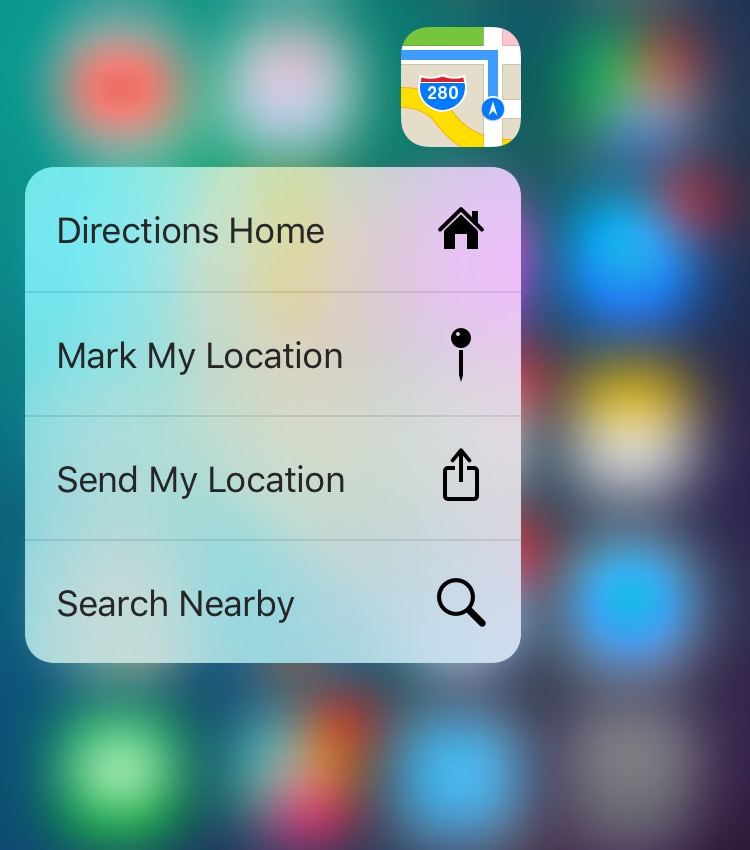 I just do a Mark My Location from Maps’ Home screen icon right after parking my ride. Then later, I just ask Maps to guide me to that location. Sure, you can accomplish this easily within the app itself, but it takes a few extra steps.

The Search Nearby option in Apple Maps is another 3D Touch shortcut I commonly use whenever I’m in a mood of discovering cool places nearby.

Waze gets a thorough revamp

Today’s Waze update arrives hot on the heels of a major rethinking of the app released last week. The much refined experience starts with a redesigned interface (and app icon, while we’re at it) that lets you accomplish various tasks with fewer taps. 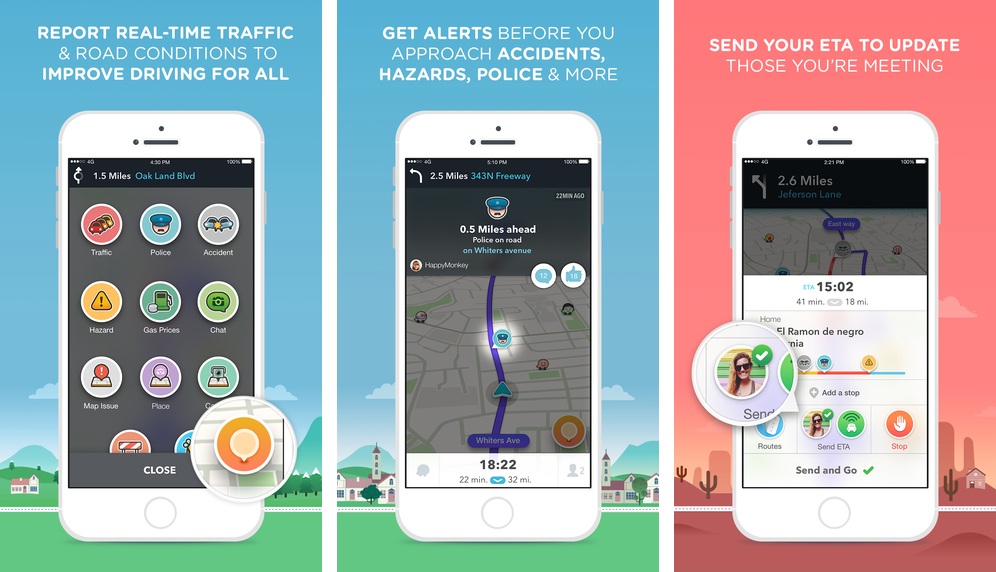 There’s a brand new ETA panel that puts features like reports, alternate routes and more in one place. Waze’s new map is now much cleaner than before, with reports and alerts now color-coded so you can instantly recognize them on the map.

Other feature additions include reduced battery consumption, smart notifications to leave on time for your Calendar events based on traffic conditions and drive times, a more visual reporting menu and more.

Waze is available free in the App Store, without ads or In-App Purchases.

The app requires an iPhone, iPod touch or iPad with iOS 7.0 or later. Waze lacks a native app for the Apple Watch and does not support 3D Touch on the iPhone 6s and iPhone 6s Plus as of yet.

Grab Waze free of charge in the App Store.