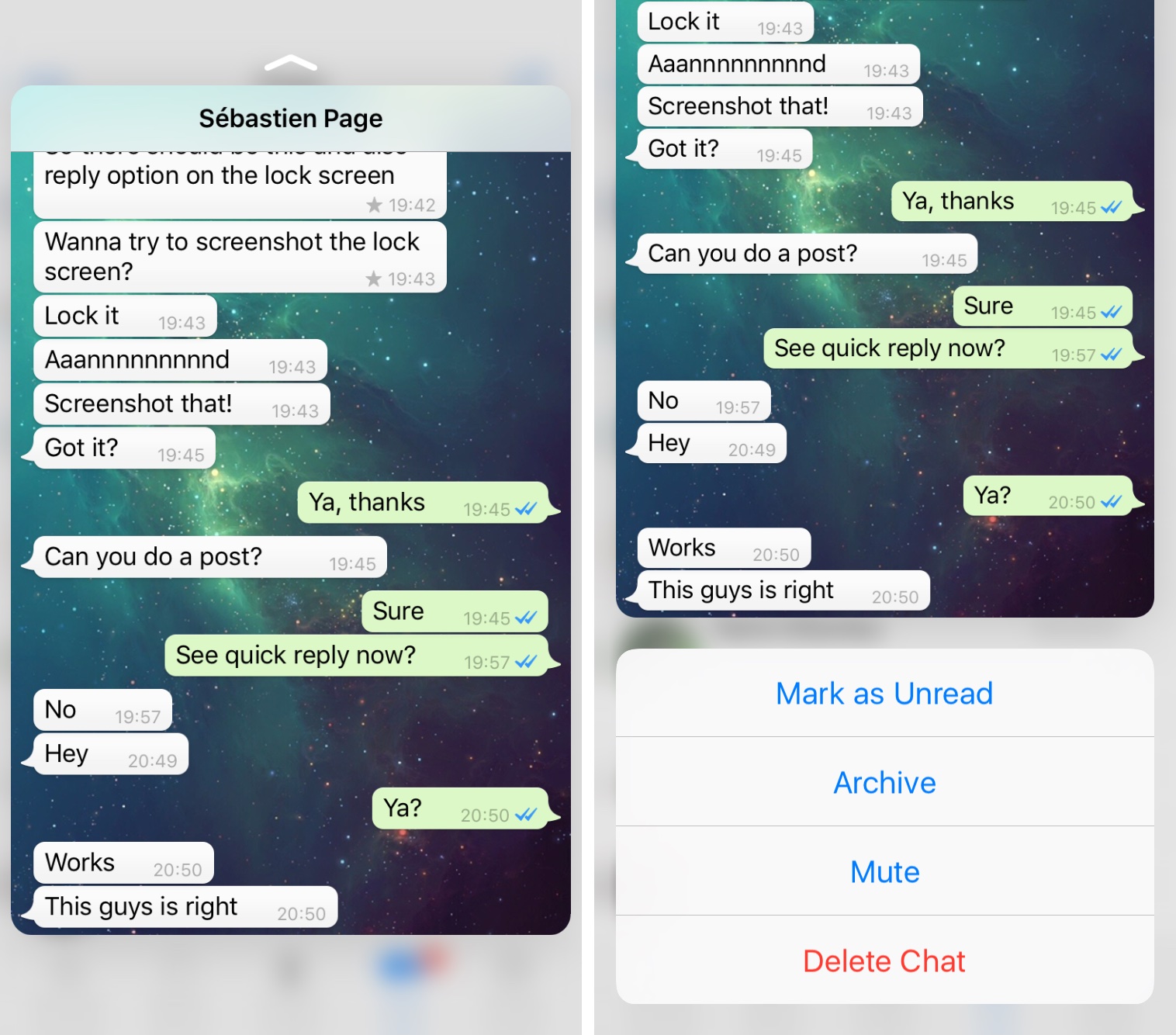 Facebook-owned WhatsApp today issued a new update to its iPhone application in the App Store which brings extended support for 3D Touch on the iPhone6s and iPhone 6s Plus with Peek and Pop gestures for previewing chats without actually opening them.

The app’s also gained a redesigned settings interface, the ability to browse your starred messages in one place and optionally include rich previews when sharing links.

As you can see on the screenshot at the top, you can now press a message in the chat list lightly to preview its contents. If you continue pressing the screen and drag your finger upward, you can access hidden shortcuts to mark the message as read/unread, mute the conversation or delete the chat.

And now, URLs shared in messages include rich inline previews and you have the ability to decide whether to include a rich preview when sending a link to a contact. 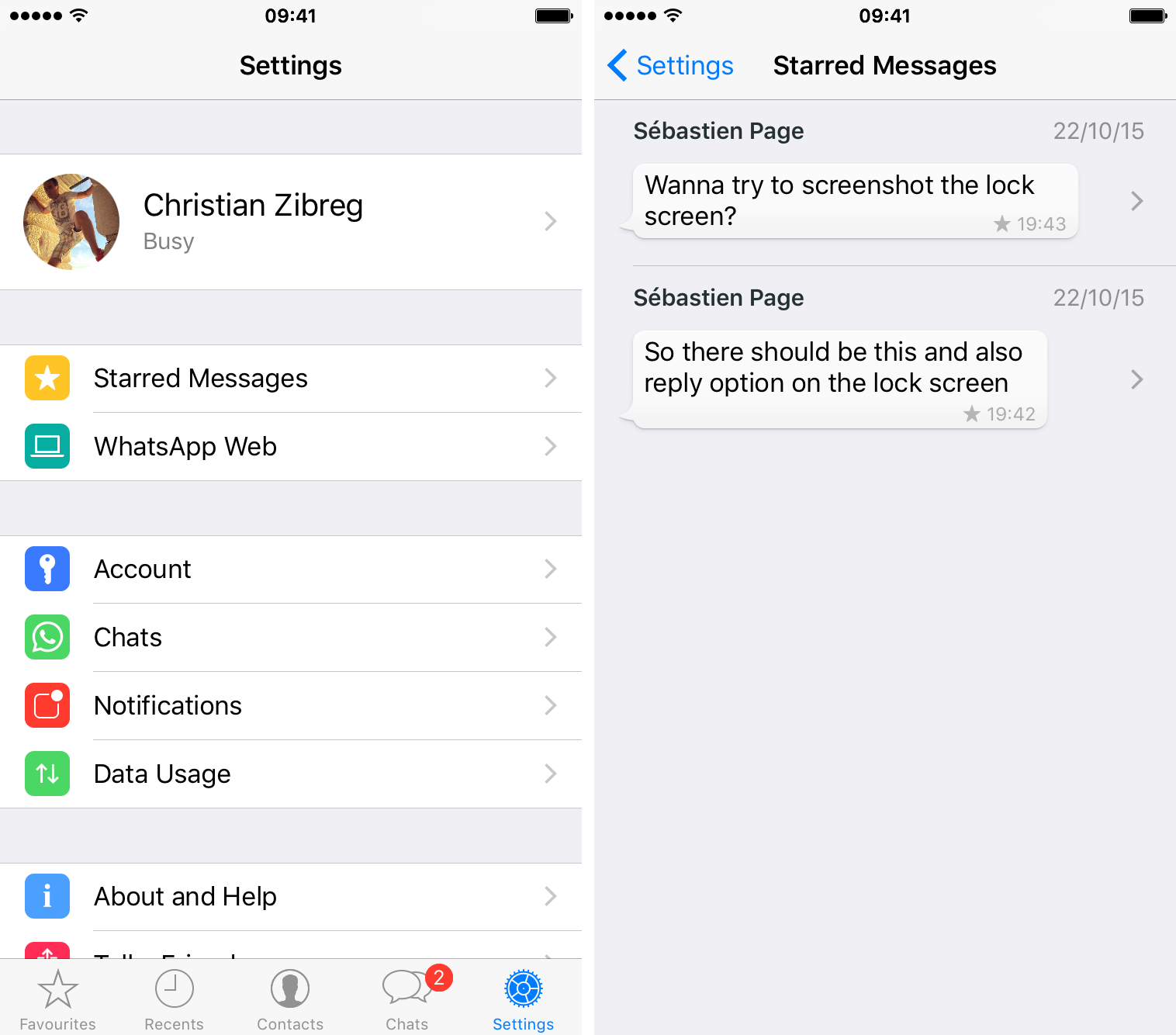 Last but not least, the team has added a new item in the settings interface that brings all your starred messages in one place, so you can browse them later. To star a message, just tap and hold it in the chat interface and then tap the star icon.

Recent WhatsApp updates have brought out support for 3D Touch shortcuts when pressing the app’s icon on the Home screen firmly, quick replying directly from the notification banner on iPhones running iOS 9.1 or later and other enhancements.

WhatsApp requires an iPhone with iOS 6.0 or later and a mobile phone number.