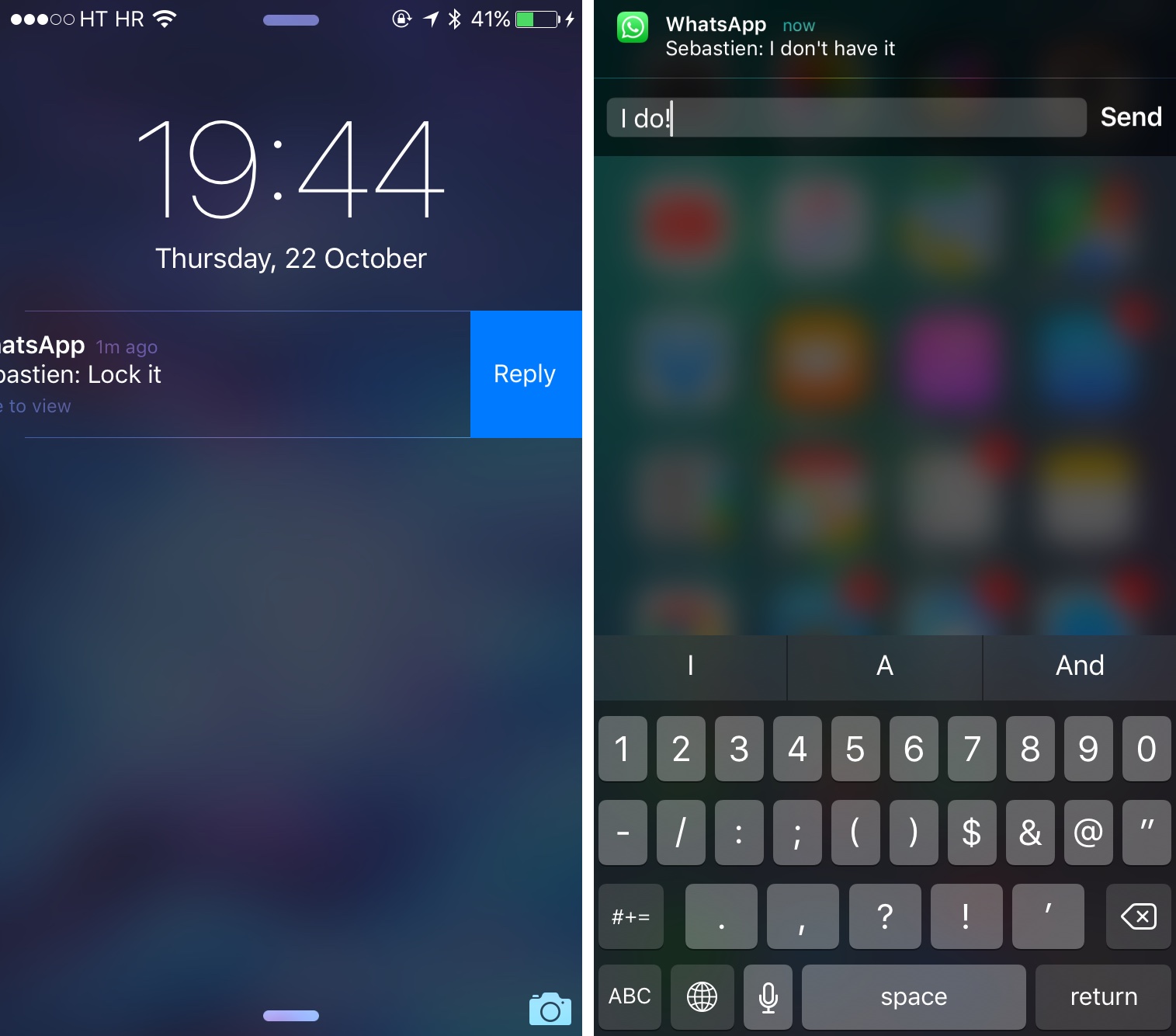 After testing out with a subset of its user base a new ability to quickly respond to incoming messages directly from the notification banner, Facebook-owned WhatsApp today began rolling out this feature to its massive 900+ million monthly active users. In addition, this edition of WhatsApp for iPhone also makes it easy to reply to incoming WhatsApp VoIP calls with a message, right from the call notification. Both features require Apple’s latest mobile operating system.

This lets you type your reply and hit Send without leaving the context of the app you’re using. To reply from the Lock screen, swipe a WhatsApp notification from right to left to reveal the blue Reply button.

This will take you to the notification banner to type in your response. You will need to unlock your iPhone first if it’s protected with a passcode.

Previous WhatsApp updates have added the ability to star messages so they’re easier to find later, 3D Touch compatibility on the iPhone 6s and iPhone 6s Plus, optimization for right-to-left Arabic languages (requires iOS 9.0 or later) and more.

WhatsApp requires an iPhone with iOS 6.0 or later and a mobile phone number.