Good news for those of you who are into theming your jailbroken iPhone—WinterBoard, the framework that’s pretty much the standard for theming iOS devices, is now compatible with iOS 9. This means that you can now enjoy all of the many wonderful themes available on Cydia with the latest available jailbreak. 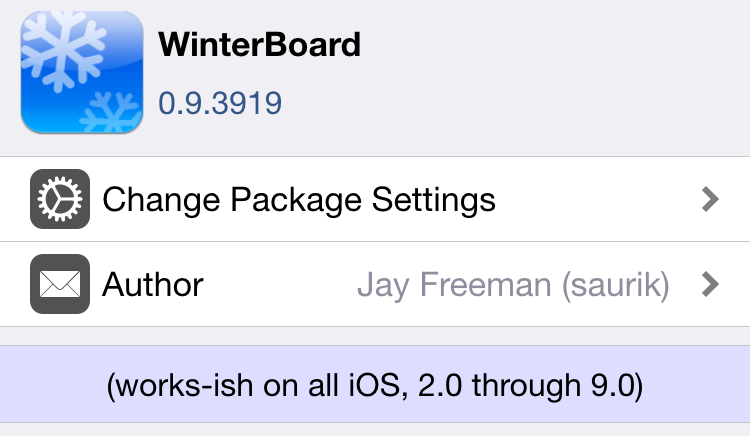 Although I’m not personally very big on theming, I understand that it resonates with quite a few of you in the jailbreak community, so a WinterBoard update is certainly worth recognizing.

Saurik has provided a brief change log for WinterBoard version 0.9.3919 in Cydia:

Saurik notes that the WinterBoard for iOS 9 release was primarily tested by Surenix using his well-known ayecon theme. With this in mind, there may be other issues that arise as more people test out the WinterBoard update. As such, saurik is asking that users report any problems that they encounter.

Speaking of ayecon, you can find more on it in this post. You can also find info about its sister theme, ayeris, here. Obviously, there are many more themes available than just those two. What are some of your favorite jailbreak themes?