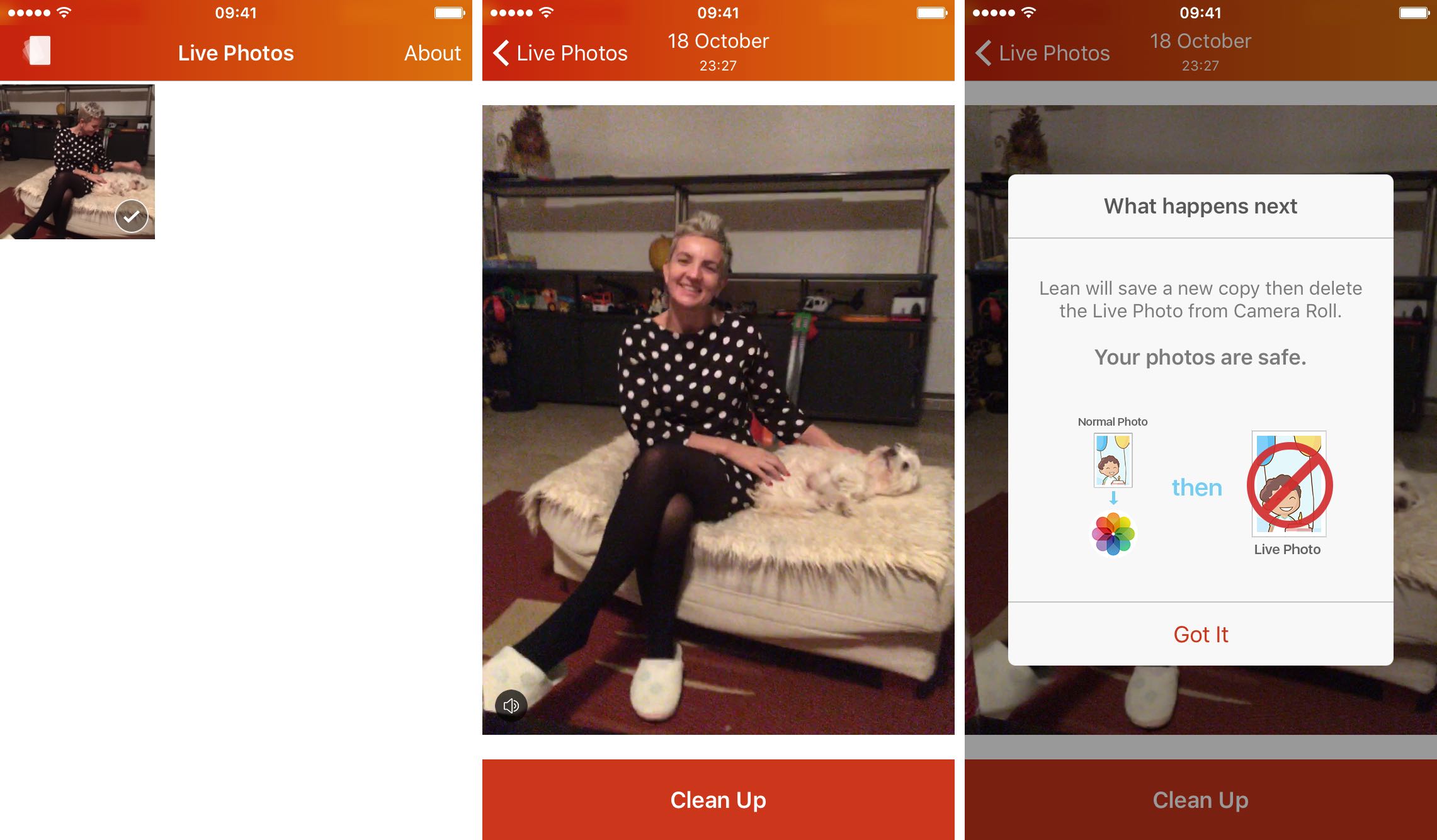 Live Photos, one of the hallmark features of the new iPhone, is prominently featured in Apple’s commercials and even jailbreakers can get it on older devices via a recently released jailbreak tweak.

The only problem with Live Photos is that they take up about two times the space of normal images. While iOS’s Photos app lets you turn a Live Photo into a still photo with a few taps, the process quickly becomes cumbersome when processing multiple Live Photos.

Besides, the method doesn’t really remove anything as you can revert back anytime.

A new iPhone app called Lean from developer Tiny Whale, available for free in the App Store, automates the process of cleaning up one or more unwanted Live Photos, so you end up with their normal representation which helps save storage space on your iPhone.

After giving Lean permission to access your photos, you will be presented with a filtered view of your photo library showing only Live Photos on the device. To view any Live Photo, tap on a thumbnail. Your Live Photo will be looping endlessly in full screen, and you can tap to enable or disable audio.

To chunk out a normal photo, hit the Clean Up button at the bottom. Or, select multiple photos and batch-process them with a single tap. The app  saves normal photos as new images in your photo library and deletes their Live counterparts. 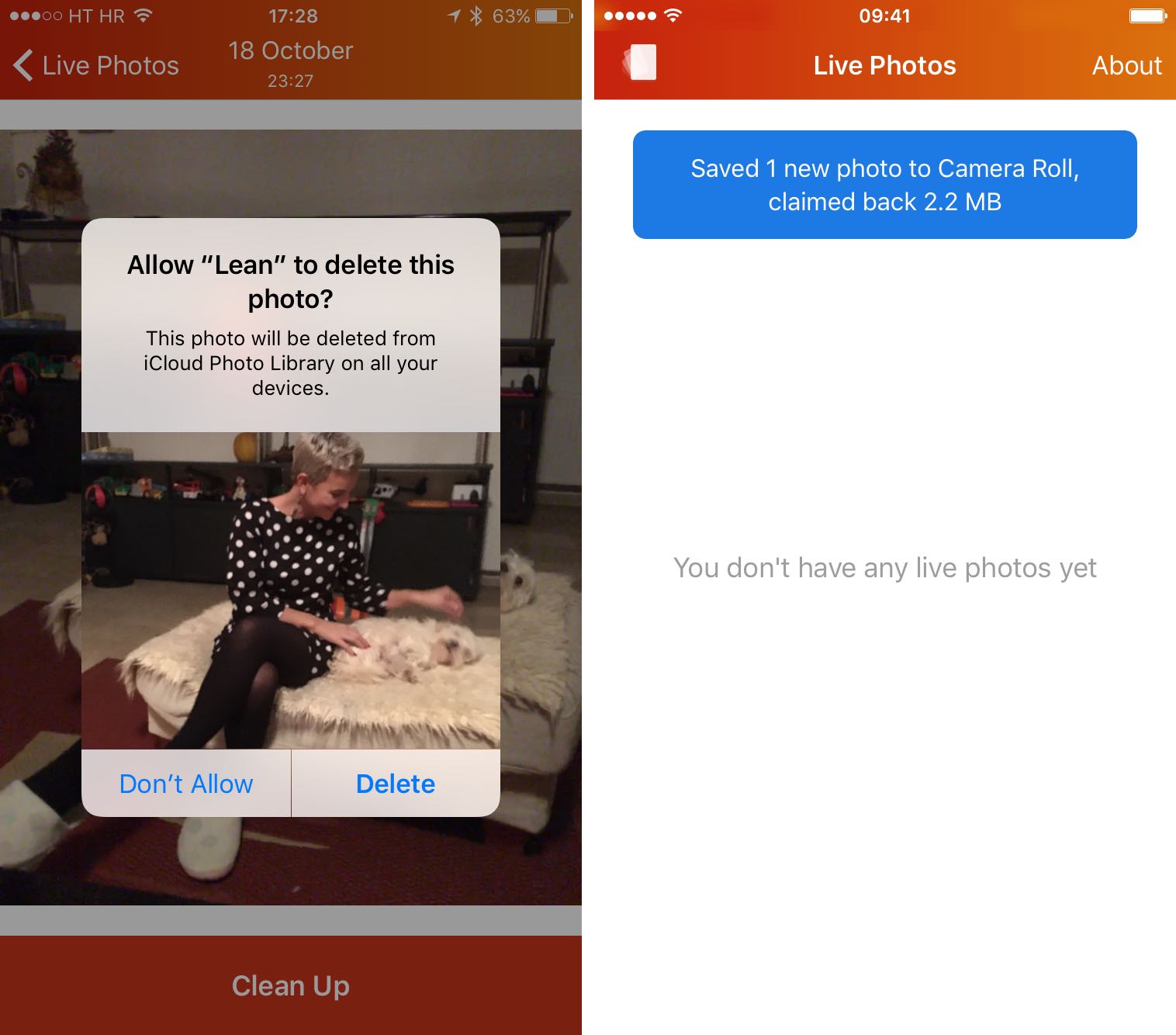 Following the conversion, Lean calculates how much iPhone storage you have managed to claim back. As an example, converting my test Live Photo (seen on the screenshots) back to its normal version has reclaimed 2.2 megabytes of storage.

iPhone photography buffs should know that Lean saves static photos with exact same metadata as their Live originals, including geolocation information, the creation date, EXIF metadata and so forth.

I like Lean: it’s straightforward and works as advertised.

My only complaint is the lack of option to save the normal photo without deleting the Live one. While you can go to the Recently Deleted album in Photos to recover deleted Live Photos, a dedicated option in Lean would be appreciated.

Jokers as they are, developers provide a switch within Lean’s About section, labeled Enable Useless 3D Touch Shortcut. Enabling this option lets you press the app’s Home screen icon firmly on the iPhone 6s or iPhone 6s Plus to do exactly that, nothing. 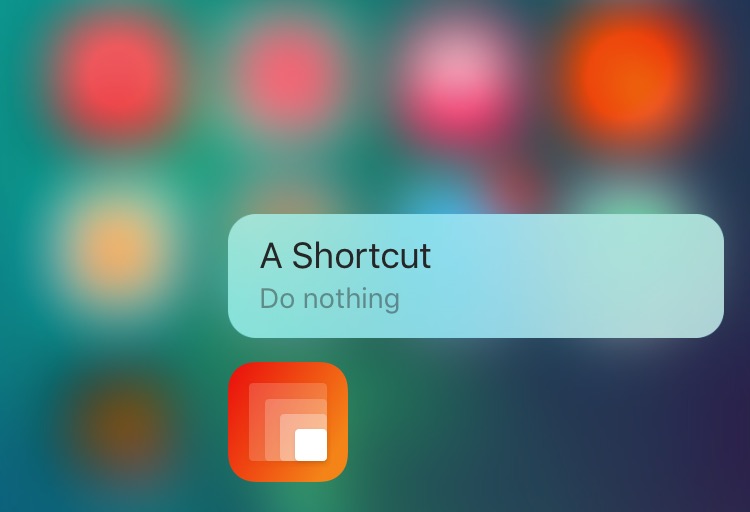 Owners of 16GB iPhones who are worried about filling up their precious storage space should give Lean a whirl and see how much storage lost to Live Photos the app can reclaim by chunking out normal images.

We have a few tutorials covering Live Photos that you might find useful:

If you like Lean, do try out another app from the same developer, called Lively, which makes it easy to share your Live Photos as animated GIF files or MOV videos with those who don’t happen to own Apple hardware.

Lean requires an iPhone, iPod touch or iPad with iOS 9.0 or later, and is available at no charge in the App Store.