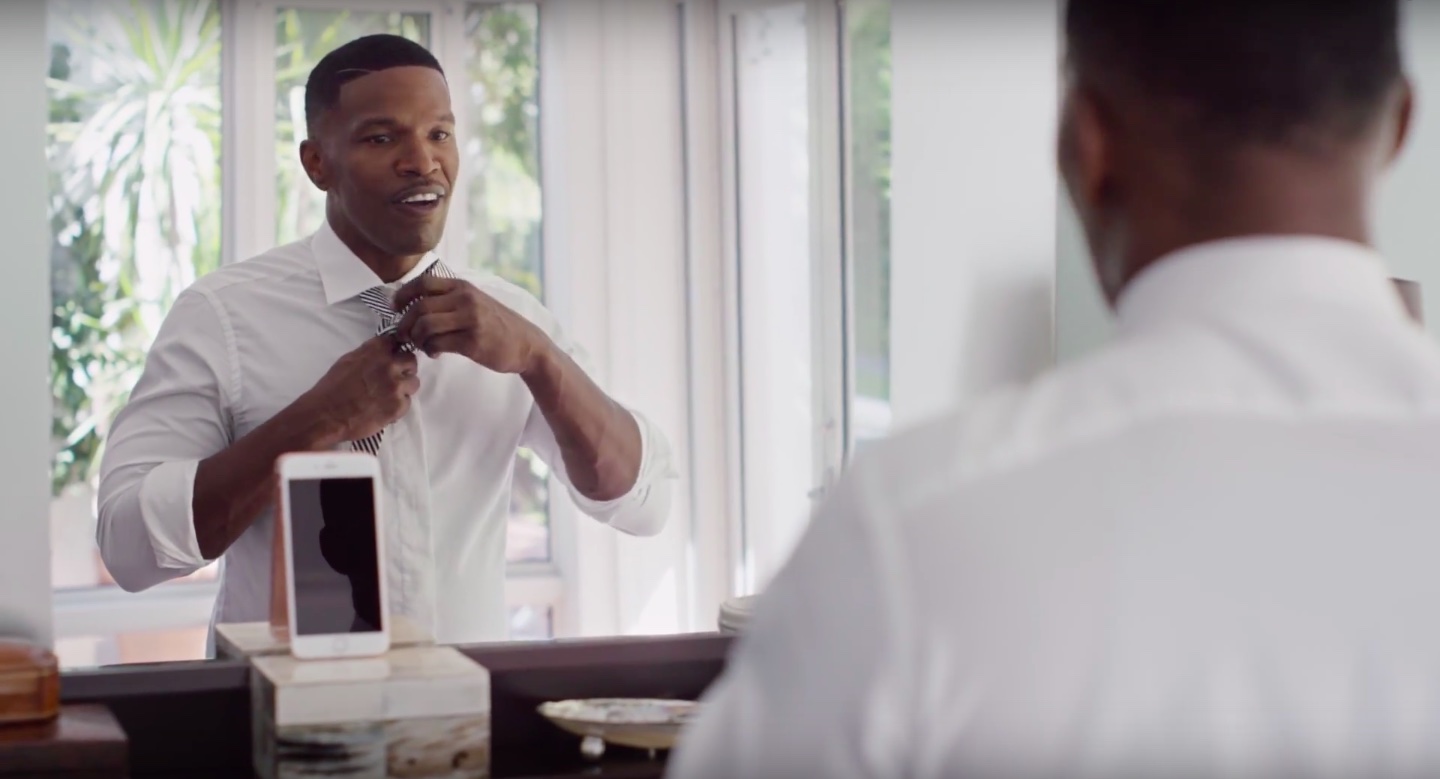 Less than two weeks following its iPhone 6s commercial that focused on 3D Touch, Apple’s begun rolling some new ads for the handset.

Adopting the dynamic and to-the-point format inaugurated by the previous ad, a trio of new commercials—titled “Crush,” “The Camera” and “Flip a Coin” and all starring actor and singer Jamie Foxx—showcase other iPhone 6s capabilities, like hands-free ‘Hey Siri’ and a variety of camera features.

Here we have Jamie Foxx tying a tie in front of a mirror and asking Siri, hands-free of course, to opine on his looks, to which she replies…

Well, just watch the ad and see what happens next for yourself.

“The iPhone 6s is here, and the only thing that’s changed with Siri is everything,” explains Apple. “Because now you just say ‘Hey Siri’ and Siri’s there, hands-free. Which can come in handy.”

This one’s about one of Siri’s crowd-pleaser tricks: flipping a coin (go ahead, ask Siri yourself to flip a coin). It bears the same YouTube description as the Crush commercial.

And the last one details the biggest iPhone camera upgrade ever by going through such features as Live Photos, Retina Flash, 4K video capture, Slow-Mo in HD and more.

“The iPhone 6s is here and the only thing that’s changed with camera is everything,“ reads the video description.

How do you like the new commercial and which one’s your favorite? I find Foxx appropriately casted to make the ads instantly recognizable and memorable.

And the more I’m watching these ads, the more I think that the “The only thing that’s changed is everything” tagline is incredibly sticky.