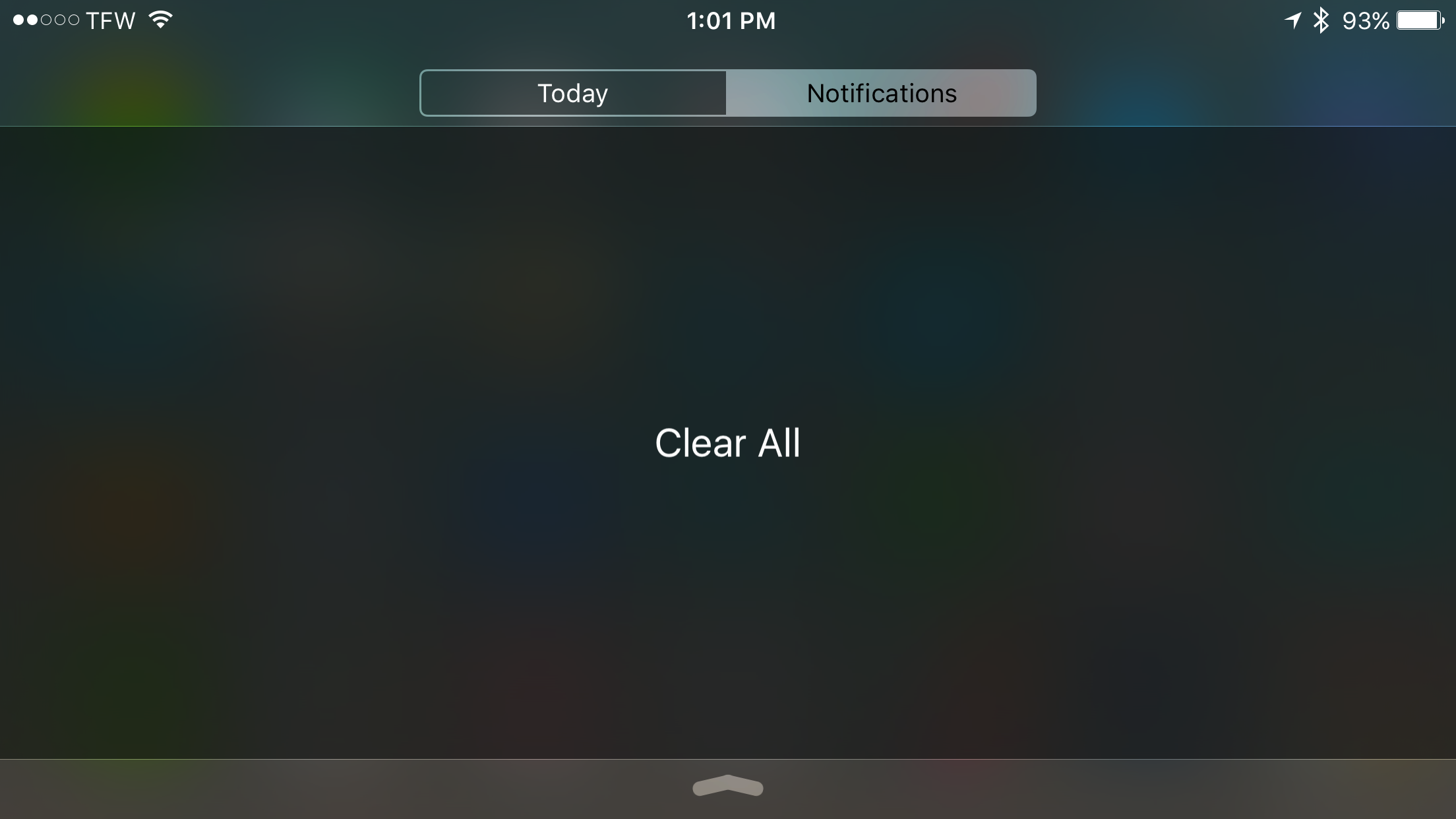 Although there aren’t any stock 3D Touch actions in iOS 9’s Notification Center, many feel that more could be done with Apple’s new deep press recognition in this area, and perhaps we’ll see some additions in future iOS updates, but for now these features are only enabled via jailbreak tweaks.

3D Touch to Clear Notifications is a new tweak that, as its name implies, allows users to firmly press in Notification Center to remove all notifications, much like the current implementation in Apple Watch’s notification shade.

3D Touch to Clear Notification works in Notification Center regardless of whether there is one notification or several days’ worth on display, but it doesn’t appear to clear notifications from the Lock screen at this time, perhaps due to the stock 3D Touch action of animating live wallpapers with a firm press already occupying this space, although an optional override would be a nice addition for those of us who aren’t using a live wallpaper.

This tweak does have parameters preventing it from being installed on non-3D Touch devices, so it will only work with iPhone 6s and iPhone 6s Plus and isn’t compatible with tweaks such as Forcy or RevealMenu that emulate 3D Touch on older devices.

3D Touch to Clear Notifications is available for free in Cydia’s BigBoss repo and has no options to configure in Settings.