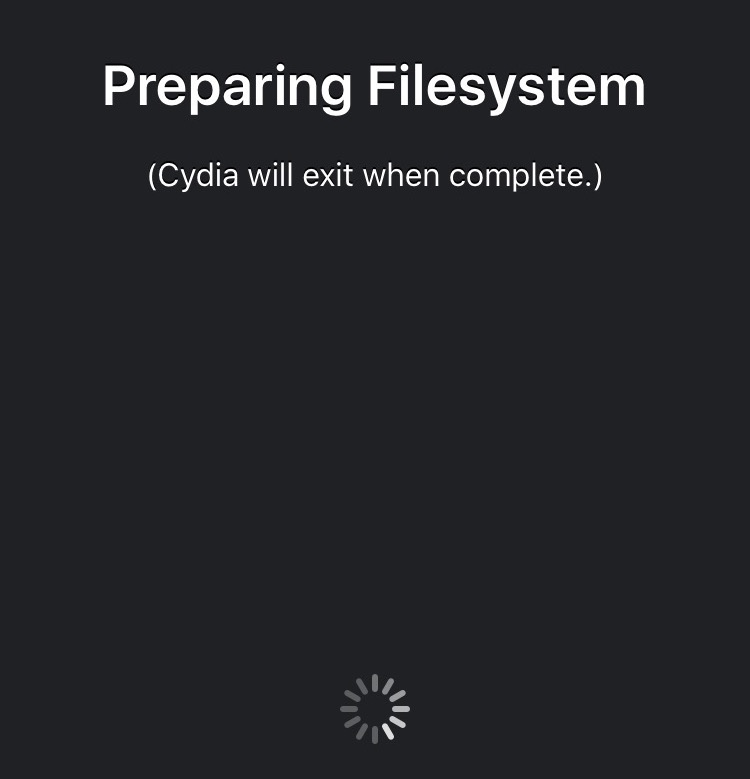 Saurik has pushed an update to Cydia Installer, bringing it to version 1.1.25. This latest version of Cydia Installer moves jailbreak content found in /Applications to the user partition from the System partition. It’s recommended that all users update as soon as possible.

Update: Cydia Installer was updated to version 1.1.26 shortly after being updated to 1.1.25. The latest version doesn’t show any release notes, but we assume it is just a minor update to the more notable 1.1.25 version.

Here’s what Saurik had to say about the update:

When Pangu and I were discussing the jailbreak release for iOS 9, there was originally a limitation of the jailbreak (due to Apple’s mitigations in iOS 9 being “actually effective”) that made it impossible to free disk soace by moving /Applications from the system partition to the user partition. After doing a bunch of testing without moving this folder, we ran into a similar issue with another folder that Cydia was still stashing. After contemplating just not stashing almost anything, we made a painful “executive decision” to make a wider sandbox carve-out than normal and allow for these folders to be moved, but that Pangu would spend time attempting to fix this somehow. It was not clear to me in which direction they would “fix” the issue, and so I’ve been concerned about pushing an update that stashes /Applications. However, as of last night, Pangu has told me that they will not be pushing a change to break this feature. Also, Apple just released iOS 9.1, so I’m pushing this Cydia update now in order to minimize the number of people who run into some problem with a “late stash” after the signing window closes, which will happen very very soon. (Meanwhile, I’ve been spending most of my time for days working on updating the Eraser feature of Cydia Impactor to support iOS 9, as Pangu is now doing something more complex that I previously was not setup to “undo”, in addition to Apple making some changes to the OTA format. I managed to get this done just in time, though I also ended up managing to do it without having to actually restore my device a eve once.)

This means that jailbreak content will be moved from the System partition, and hence, Cydia will have to perform a “Preparing Filesystem” after installing this update. This explains why “Preparing Filesystem” was so fast on the new jailbreak, because this stashing wasn’t done upfront with the version of Cydia Installer bundled with the jailbreak. It actually had nothing to do with iPhone 6s performance, as I once speculated. 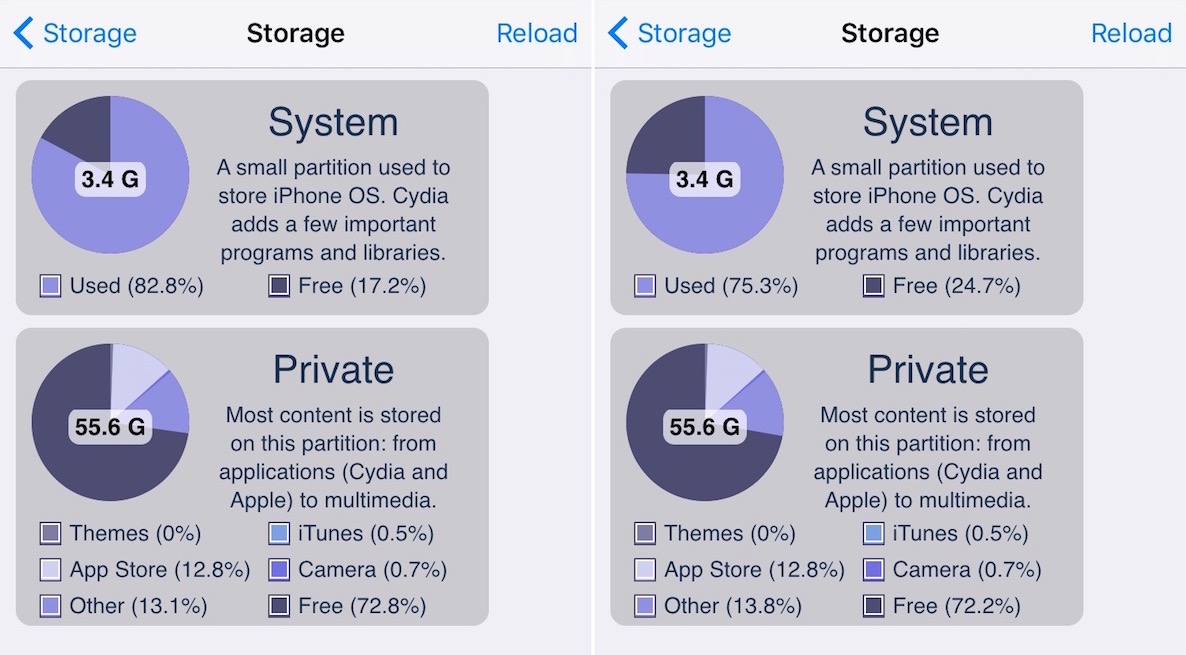 As you can see from the screenshot above, installing Cydia Installer version 1.1.25 allowed me to reclaim some of my System partition storage space. I don’t have tons of jailbreak content installed on my device, so it wasn’t a huge deal for me, but for those of you using apps that take up lots of space, this will be a positive change for you. It also means that the “Preparing Filesystem” may take significantly longer for you, depending on all you have installed.

As Saurik stated, it was a wise move to deploy this update prior to the signing window closing for iOS 9.0.2. As you know, iOS 9.1 just dropped, and it effectively kills the current Pangu jailbreak. Users who ran into stashing errors may be forced to restore, which would render their device un-jailbreakable when the signing window closed. Saurik wanted to avoid any of these potential issues, hence the release of Cydia Installer 1.1.25.

Interestingly enough, Cydia Installer is actually showing as version 1.1.26 when you open the package page in Cydia. I’m not sure if this is a typo, a mix up, or what. We’ll be sure to provide you with an update when we are able to get to the bottom of this.

Have you updated to the latest version of Cydia Installer?