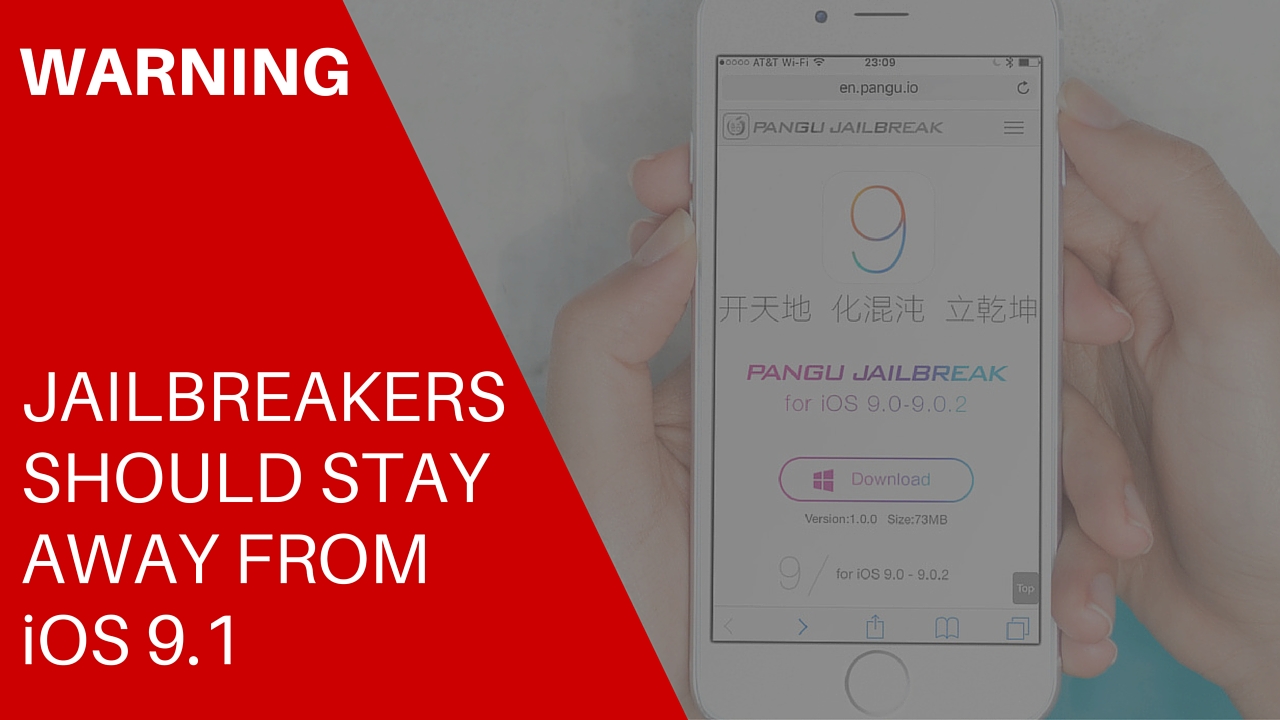 Apple released iOS 9.1 earlier today with multiple security improvements, including fixes for several exploits used by Pangu Team in their recent Pangu jailbreak for iOS 9. With that said, jailbreakers running iOS 9.0.2 should stay away from the latest iOS 9.1 release if they wish to keep their jailbreaks, or at least preserve the ability to do so.

The security content of iOS 9.1 indeed shows that several exploits used by Pangu in their recently released Pangu jailbreak have been plugged, making an iOS 9.1 jailbreak currently impossible. Of course, Pangu Team may or may not have other tricks up their sleeves. It’s something we can’t tell right now.

At the time of publishing, iOS 9.0.2 is still being signed by Apple, which means anyone can either update or safely restore to that software version while maintaining the ability to jailbreak using Pangu for iOS 9 – 9.0.2.