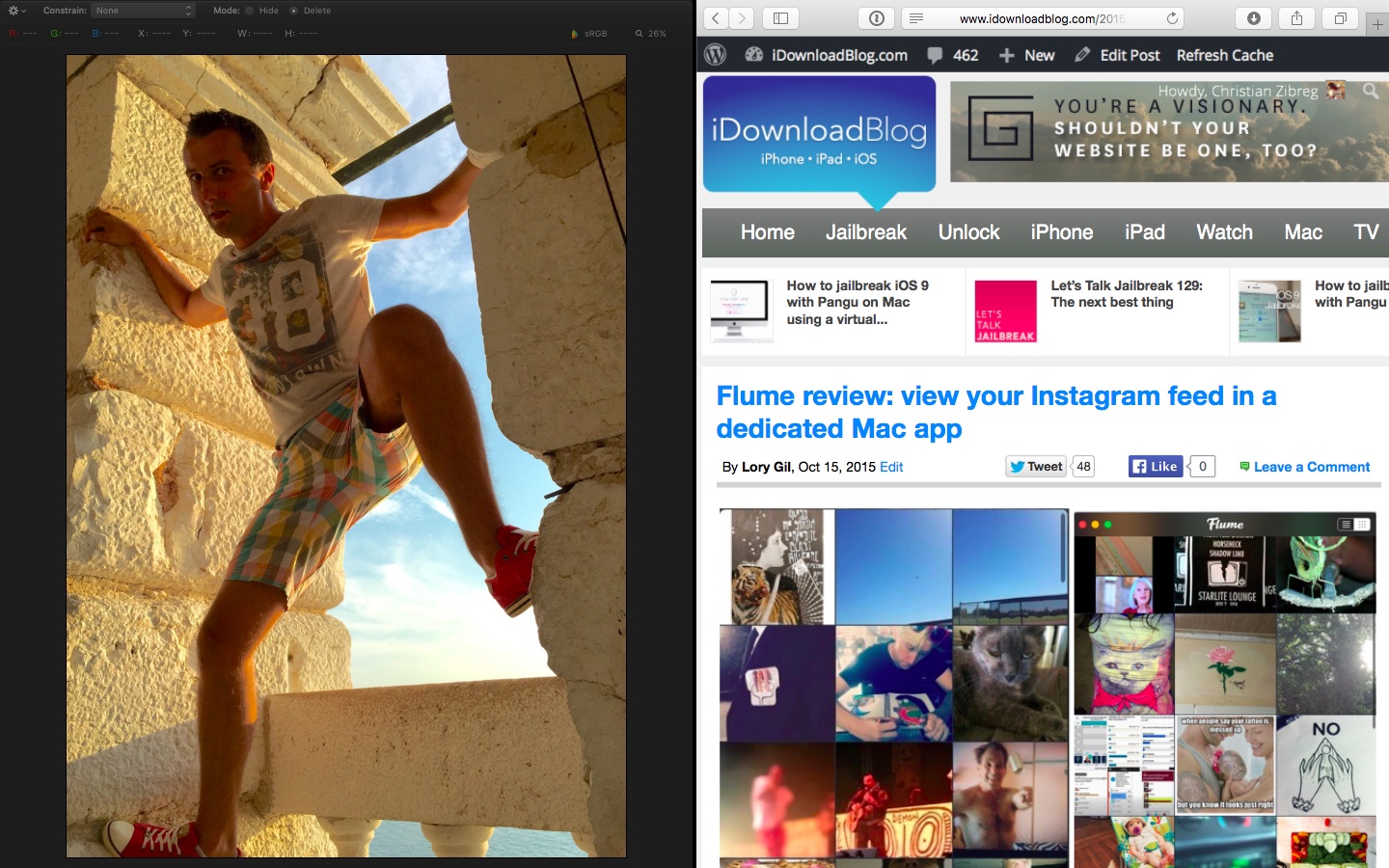 The popular Photoshop alternative for the Mac, Pixelmator, was updated this morning in the Mac App Store. Bumped to version 3.4, the app includes full support for OS X El Capitan and iOS 9’s Split View mode so you can use Pixelmator with another app in El Capitan’s new side-by-side multitasking mode.

Image top of post: Pixelmator and Safari in El Capitan’s Split View. Before you can use Pixelmator’s new extension in the Photos app, you must enable it first in System Preferences → Extensions → Photos. 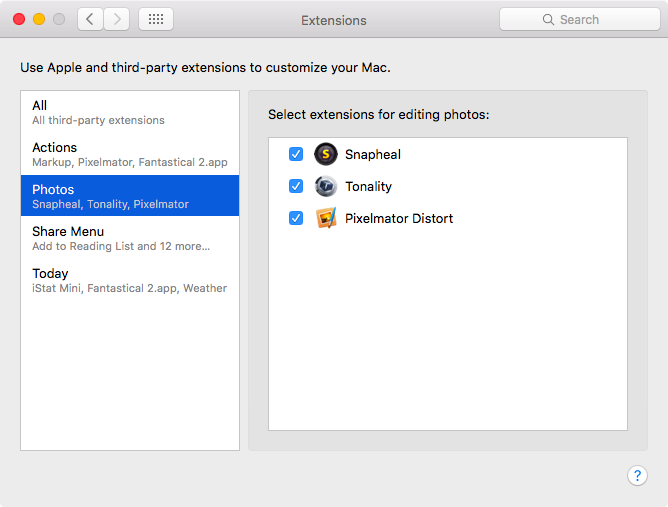 Then, open Photos on your Mac, select an image you wish to edit, click the Edit button, choose Extensions at the bottom right corner and select Pixelmator Distort. 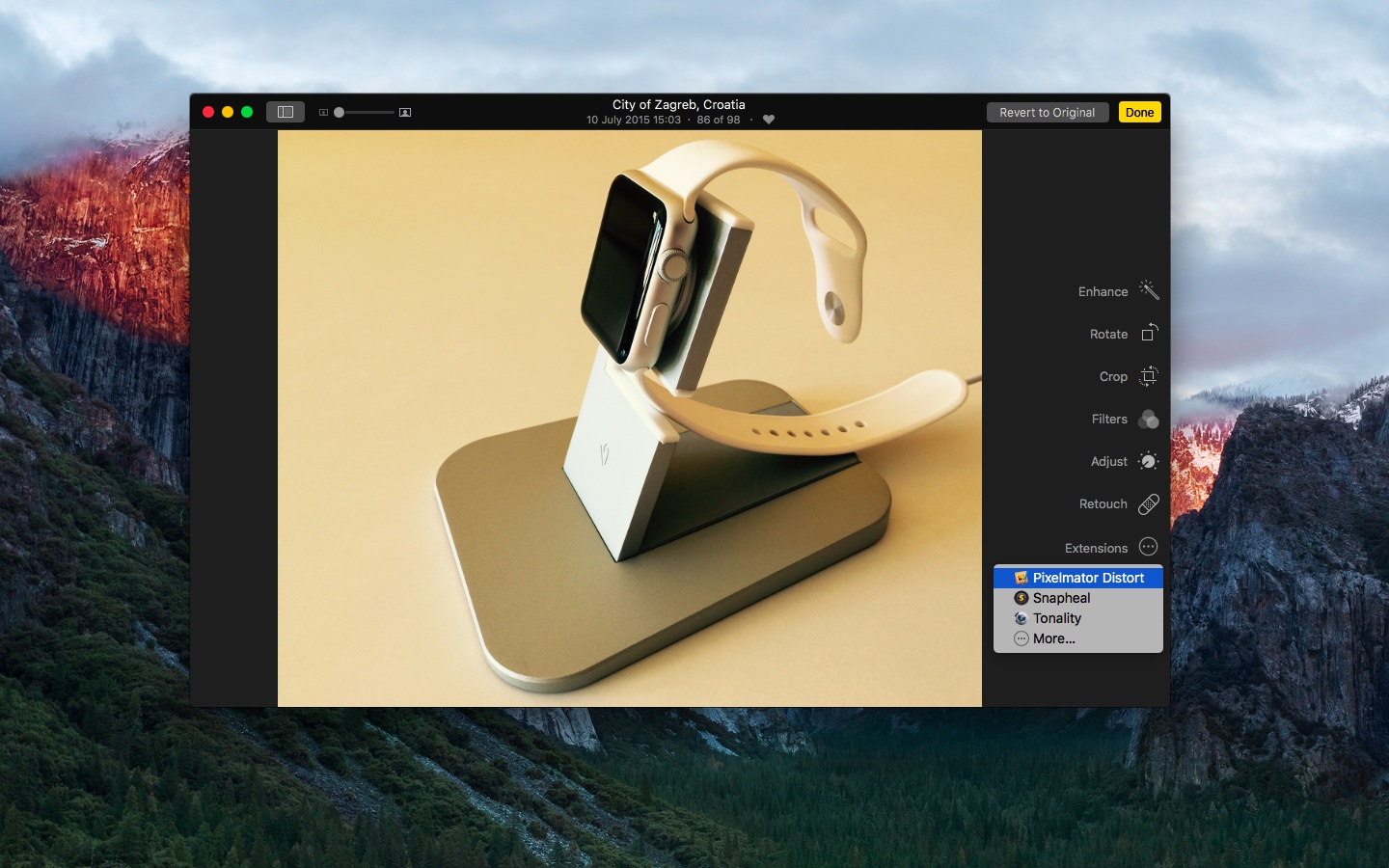 The screenshot below shows you the extensions in action within the context of the Photos app. Pretty sweat, eh? 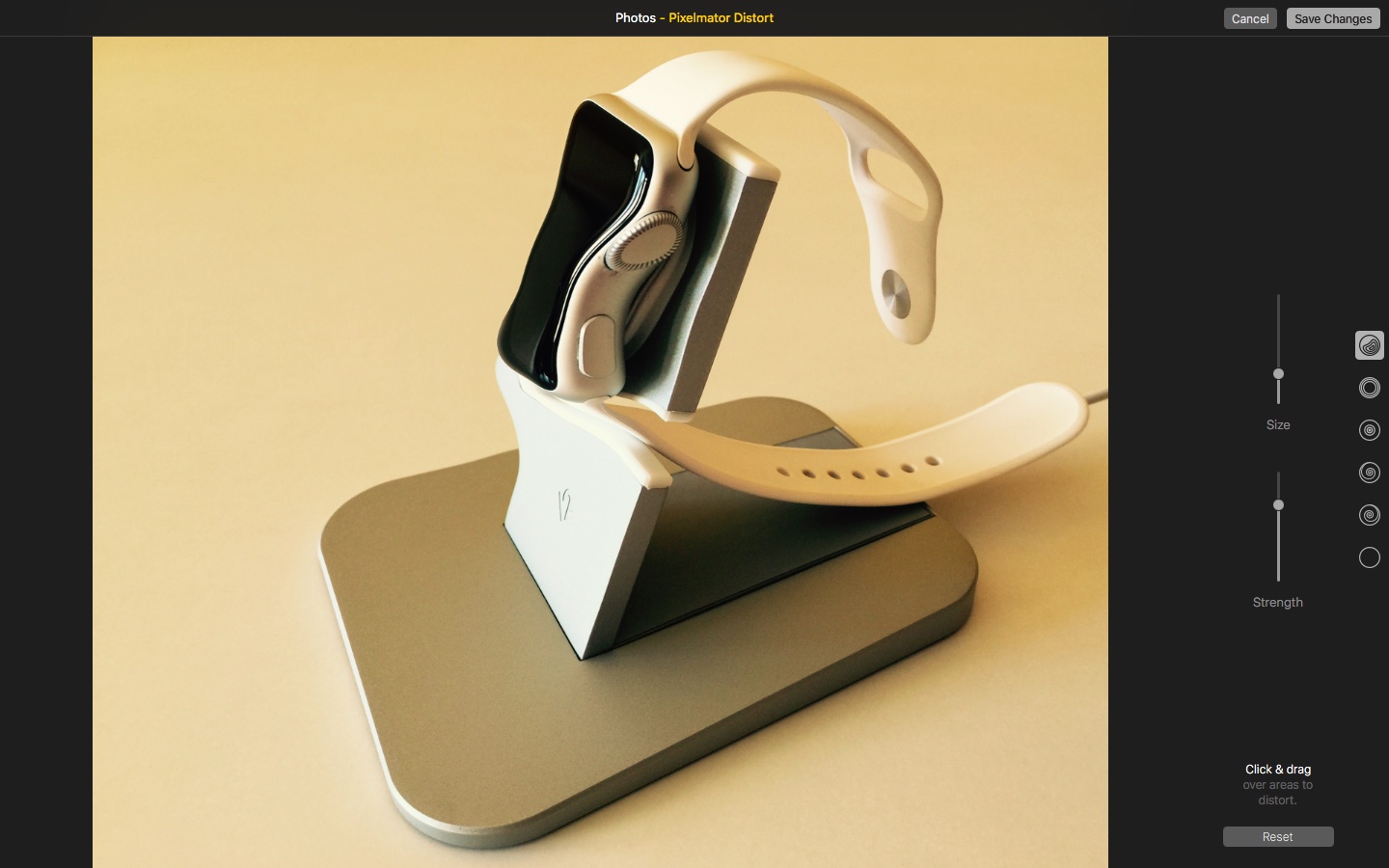 Like before, Pixelmator’s Repair tool can be used inside other Mac apps such as Mail. Simply hover over an image, click the icon in the upper-right corner and choose the Repair Tool option.

Here’s everything that’s new in Pixelmator 3.4 for OS X:

This update is provided at no charge to existing Pixelmator users.

Pixelmator requires an Intel-base Mac with OS X 10.9.5 or later. The app is localized in English, French, German, Italian, Japanese and Spanish.

A 30-day free trial can be downloaded through the official website.

Pixelmator for iPhone, iPod touch and iPad is $4.99 in the App Store.