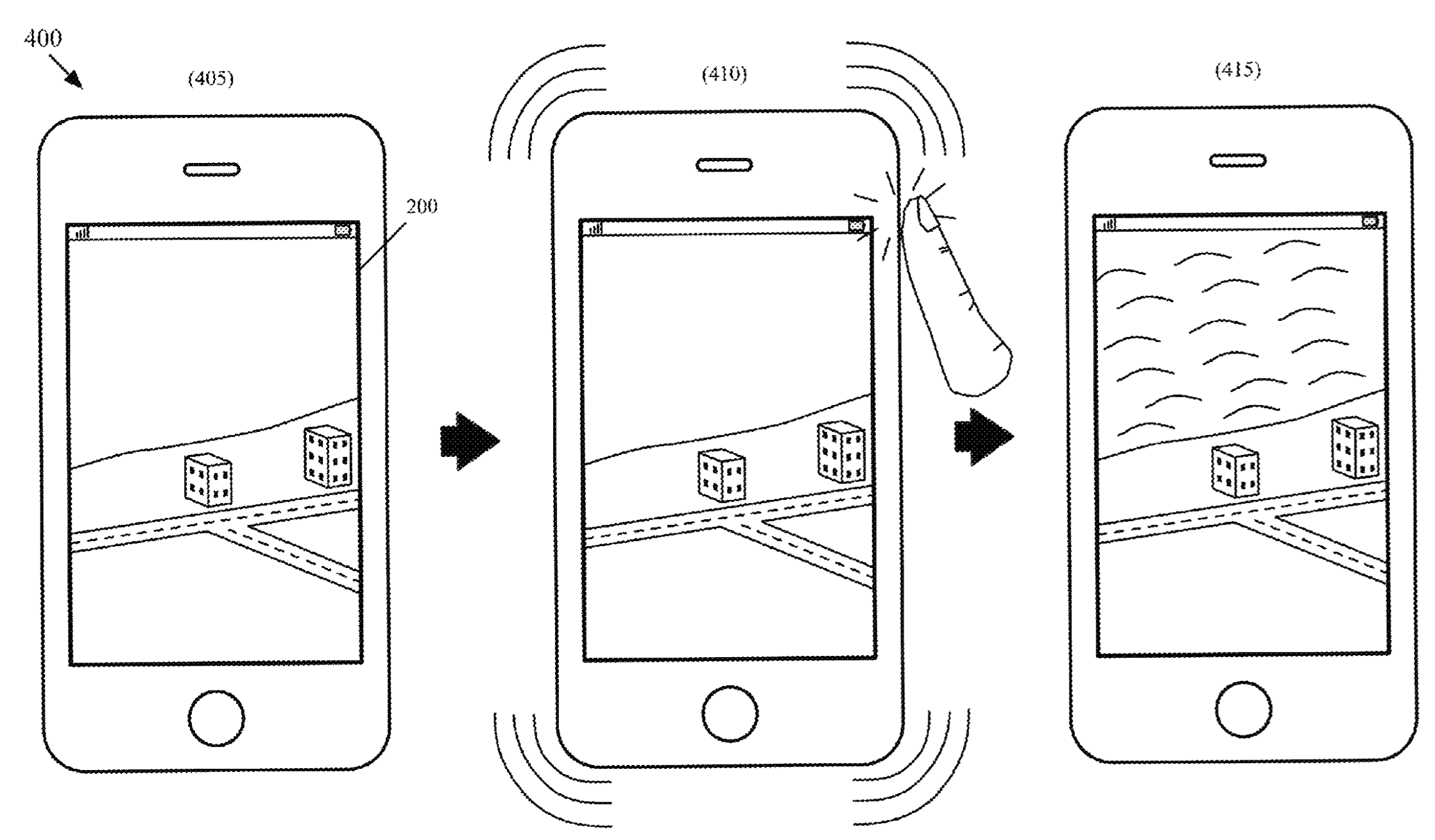 Three-dimensional Flyover aerial photography in Apple Maps is cool, but wouldn’t it be great if things like water, foliage and other dynamic objects were animated based on touch, motion and sound?

That’s exactly what Apple appears to be researching if a new patent application uncovered by AppleInsider is indicative of future Apple Maps features. The United States Patent and Trademark Office (USPTO) on Tuesday awarded the iPhone maker a new patent on “Non-static 3D map views.”

First filed for in March 2013, the patent outlines animating a three-dimensional map by using a set of camera-captured images that correspond to a portion of the 3D map. An image processing module would then render the assets and animate specific map elements such as water ripples, realtime reflections and more.

Assigning animation assets to specific map elements would come with the added benefit of letting users trigger them by touching on-screen objects. In other embodiments, Apple proposes using the iPhone’s sensors to create dynamic animations. 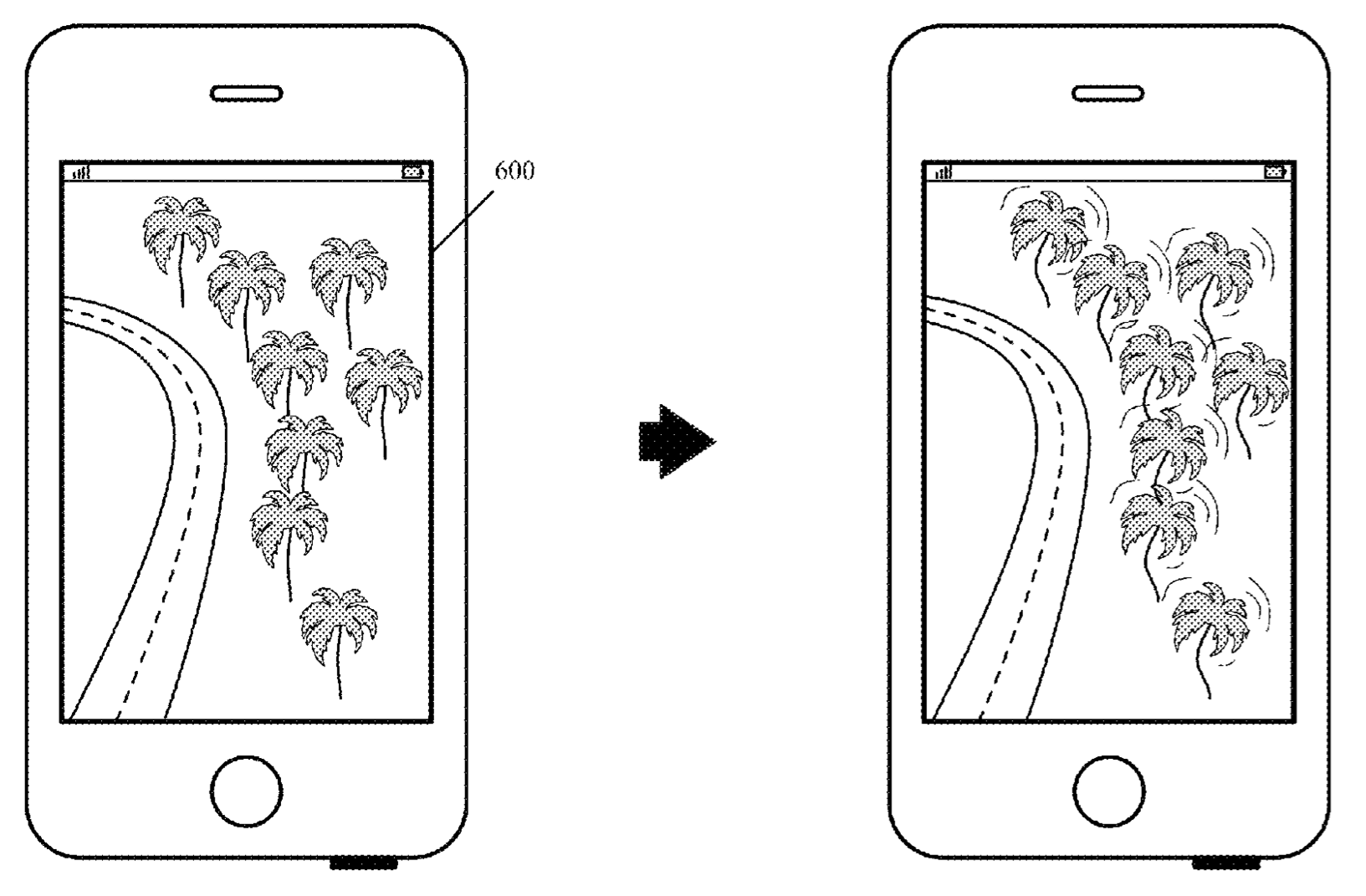 For instance, panning the device around might invoke a rolling wave while a tap could cause ripples to radiate out from a user’s finger, AppleInsider explains.

“To enhance the illusion, water and other map assets can be animated based on motion, with waves forming when a user shifts an iPhone’s position, orientation or tilt,” reads the article.

In yet another embodiment, the company outlines interactive map assets that respond to sound captured by the iPhone’s microphone. All told, the company doesn’t shy away from detailing a richly animated Maps with graphics effects such as rippling water, swaying trees and leaves and more. 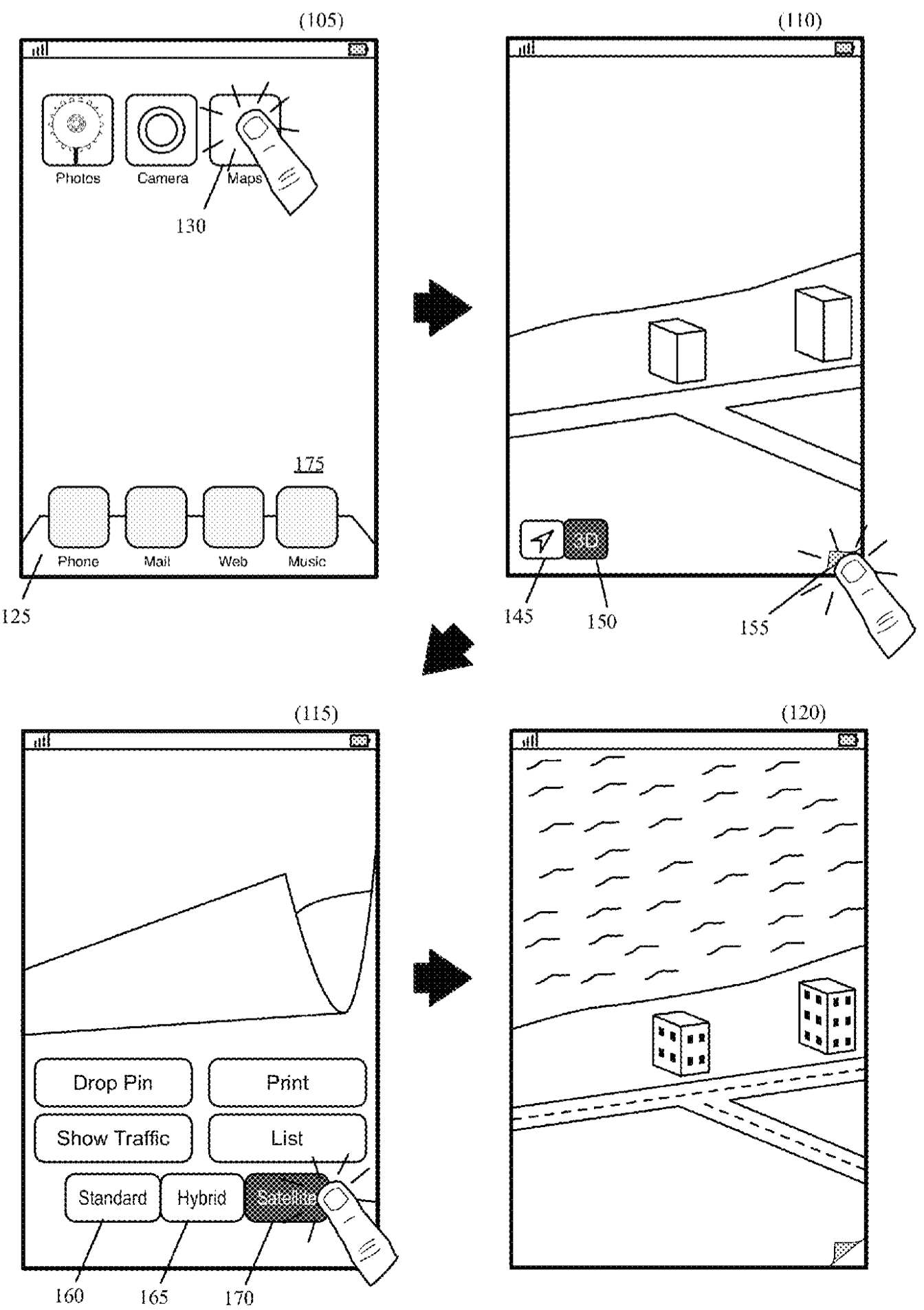 Many Apple patents are filed for as a way of protecting its intellectual property and never see the light of day. This particular patent, however, is unusually detailed so we fully expect to see a living, animated Apple Maps come to life on next-generation hardware.

For example, Apple Maps’ three-dimensional Flyover view now features fully animated segments for London’s Big Ben clock to show the correct local time and the popular London Eye, which can be seen rotating slowly in Flyover mode in the video below.

If you don’t see the embedded view, watch it on YouTube.

Earlier today, the Cupertino firm added a bunch of new cities, landmarks and locales to Apple Maps Flyovers in Japan, Germany, Italy, France, Mexico, the United States and other territories.